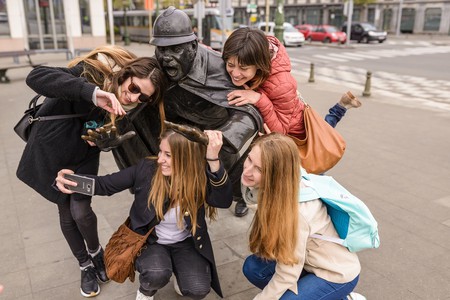 A Greeter will take you to the best places in Brussels, away from the beaten tourist track | © Visit Brussels / Jean-Paul Remy

Are you visiting Brussels but not sure where to go? Sign up for a tour with a Greeter and get shown around town by a local.

The Brussels Greeters tours are free of charge and given by volunteers who live in the city. Culture Trip spoke to Philippine Nicaise, Brussels Greeters’ coordinator, about the ins and outs of the complimentary city tours.

Tourists applying for a Greeters tour are matched with their local tour guide by specifying their interest on the booking form, ranging from biking to jazz music and comics to flea markets. The maximum amount of people that can join a tour is six. ‘Each tour with a Greeter is authentic’, Nicaise explains. ‘The tour is meant to be off the beaten track, so it does not include museums, city tours or exhibitions.’

It is recommended to book a Greeter at least two weeks in advance, to best match the booker’s interest. However, the Greeters online organisational tool does have a ‘flash-wall’ where Nicaise posts last-minute requests that have come in and which the Greeters can respond to. ‘The longer in advance you book, the easier it will be to arrange a great tour for you’, Nicaise advises. 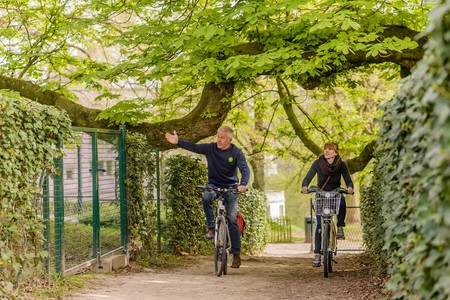 Brussels is a cosmopolitan city and home to 182 different nationalities, so it’s no wonder the free tours are available in 12 different languages. Aside from the usual suspects, like French, Dutch and English, there are also Greeters who can show you around town in more exotic languages, such as Catalan, Azerbaijani or Filipino. ‘The amount of available languages fluctuates a little with the number of Greeters we have’, Nicaise explains. ‘For instance, we currently only have one volunteer who speaks Turkish, so while we do offer tours in that language, availability strongly depends on whether that person has time to do the tour.’

David Tcherepanya has been a Brussels Greeter since 2013. ‘Brussels is different for everybody’, he tells Culture Trip. ‘There is no ‘place to be’ in this city, you have to find ‘your’ own Brussels: are you more Saint-Géry or Sainte-Catherine, Sablon or Mont des Arts? Will you prefer the design and modern atmosphere of Bar Beton, The Markten, Via Via, Maison du Peuple or do you feel at home in the more authentic places like The Verschueren, Le Laboureur or Le Fontainas? Are you going to chill out at the well-known and established Parvis de Saint-Gilles or try to find some new bar in Schaerbeek? I like to help people find ‘their’ Brussels. There is one for everybody!’ 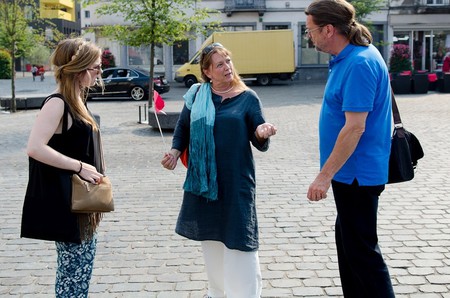 Greeters are guides who live in Brussels, so they are up to date on the best events in the city | © G. Bogaert

People who want to volunteer as a Greeter can apply through the website. Greeters for Brussels need to live in the Brussels area and have an interest in meeting people from different cultures and backgrounds. If a volunteer fits these criteria they are invited to Nicaise’s office for an interview. ‘I have a little chat with them to learn some more about their background and explain the concept to them. If they fit the Greeter profile, I sign them up.’ Greeters are expected to give a tour at least six times a year. The team of Greeters in Brussels is currently made up of 120 volunteers.

Greeters tours are not exclusive to Brussels: the global Greeter Network was started in 1992 and is currently available in 130 cities and regions like Cairo, Egypt; Bilbao, Spain; Xi’an, China and Brisbane, Australia.