Why Are Swans So Revered in Bruges, Belgium? 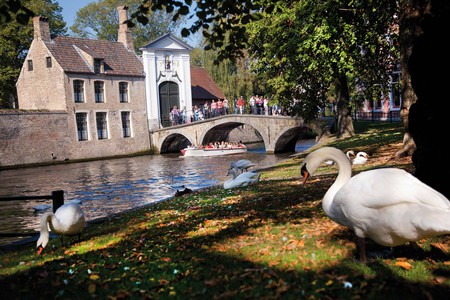 If you’ve ever travelled to Bruges, the chances are that you’ve spotted more than a swan or two. Floating along the picturesque canals in big numbers as they do, these white birds not only lend extra flair to the historic town but also remind Bruggelingen of their fondness for a good folkloric legend.

They’ve been elegantly floating on the Reien (the town’s ancient canals) and ambling around the Beguinage for centuries, but when a black swan joined the all-white flock in August of 2014, regional newspapers found themselves in a tizzy. Should the City remove the exotic bird for fear of diseases, or should the black beauty be permitted to stay? She was already fitting in nicely and starting to attract a lot of attention from locals and tourists, many of whom made it a mission to seek the odd duck out. 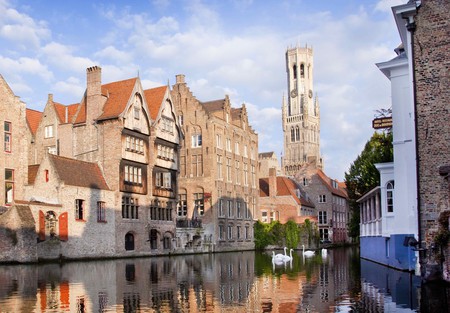 While the debate raged on in City Council chambers and thousands of Bruggelingen united in a Facebook group in defence of the bird, the arrival of this unexpected guest had pushed locals’ nostalgia buttons enough to flash back to a time when Facebook would be considered black magic, and innocent maidens and ferocious revolts were the reasons the swan ascended to a revered Bruges symbol. Of the numerous tales that were promptly told in jovial bars and beer cellars, the one featuring a benevolent swan couple is the sweetest – and the least bloody.

As the story goes, a father locked up his a daughter in the 13th century because she refused to marry the man he had picked out for her. While sitting in the cellar of her house alongside the Spiegelrei, the damsel in distress received visitors every day but not by the cliché handsome prince; rather, two swans would keep her company. Once out of her prison, the young woman left the City a fortune so that it would take care of the offspring of the gentle animal couple for the rest of time. 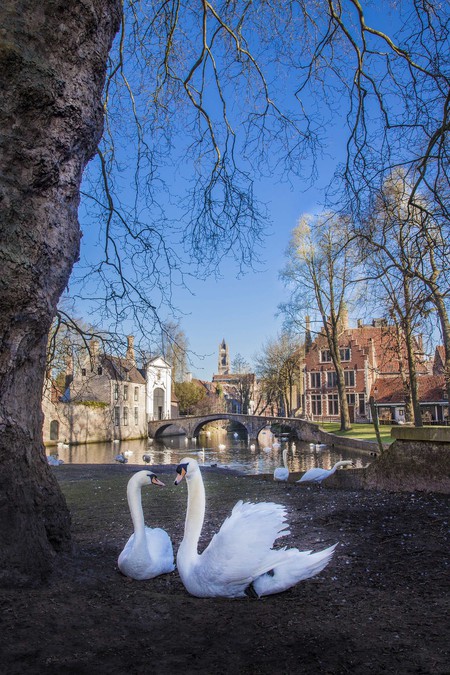 Even more regaled during the exciting few weeks that the black swan spent between its white peers was the gruesome history of Pieter Lanchals. As the right-hand man of Emperor Maximilian of Austria, whose wife Mary of Burgundy had died in an unfortunate hunting accident in Bruges in the spring of 1482, he was not a well-liked fellow. After Mary’s death, Maximilian developed an antipathy to Bruges and relied on Lanchals to execute an iron reign that included heavy taxations to pay for the wars he waged as head of the Habsburg family. When the ruler visited the city once more six years later, both he and his minion were taken captive in a revolt. Maximilian was imprisoned at the Cranenburg House on the main market and was forced to watch the torture and beheading of his trusted advisor. 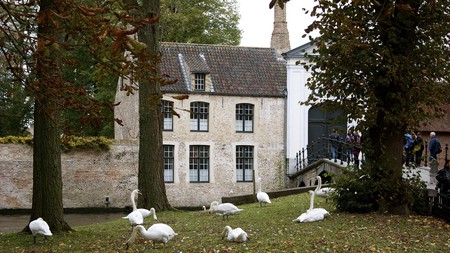 Historic evidence squares up with the story so far, but the facts become hazier when locals delve into the swan part of things. After his eventual release, an irate Maximilian is said to have avenged Lanchals – whose name meant ‘long neck’ in old Dutch and whose coat of arms boasted a white swan – by decreeing that Bruges must forever keep ‘long necks’ in its lakes and canals at its own expense. Unsourced fact or complete fiction, locals have embraced this origin story, going as far as to baptise their black visitor ‘Burilda Lanchals’. The City for its part always makes sure swan numbers never drop below a hundred, and in 2006, the official Bruges chocolate Brugsch Swaentje (‘Bruges Swan’) was introduced. While its exact recipe may remain a mystery, which, for all the glorious tales that have been spun around it, the first introduction of swans to Bruges actually isn’t.

In the 15th century, the keeping of swans was seen as a symbol of prestige, something Bruges was already basking in at the time, given its merchant activity. To further emphasise its prosperity, the City procured the right to keep these magnificent animals from the Count of Flanders.

As for Burilda, the first effort to capture the disruptor resulted in nothing but a little hilarity and a dented motorboat. Eventually, the bird mysteriously disappeared after less than a month. With the Council denying any involvement, Burilda was thought to have made a quiet exit on her own, until a magistrate later fessed up to having captured Bruges’ only black swan.