Where to Buy Souvenirs in Brussels

Manneken Pis times a hundred | © Phil Whitehouse / Flickr
Atomium keychains and Manneken Pis soap dispensers are all fine and dandy, but Brussels has lots more memento joys up its sleeve once you know where to go. The following nine shops and markets boast traditional foods, witty sweatshirts and quirky postcards that should keep the Belgian capital on your mind long after you’ve returned home.

Postcard, poster and paper art needs are met by a tiny shop near the Central Station called Avec Plaizier. Its name – a clever combination of the French and Dutch expression for ‘with pleasure’ – already indicates that it’s much more special than your run-of-the-mill tourist trap. Proud of its home base since it was founded in 1977, Avec Plaizier stocks over 2,000 postcards, lots of which capture the playful nature and quirkiness that Brussels does so well.

Brussels’ Matongé district is known for its African feel, but also adding a splash of color is Belgikïe. Here Gladys and Pouria run a sunlit, cozy shop in which everything is made in Belgium. From t-shirts with King Philip’s royal face on them and buttons with silly catchphrases to designer bags and accessories, the duo does a fine job of providing young Belgian talent with a platform. 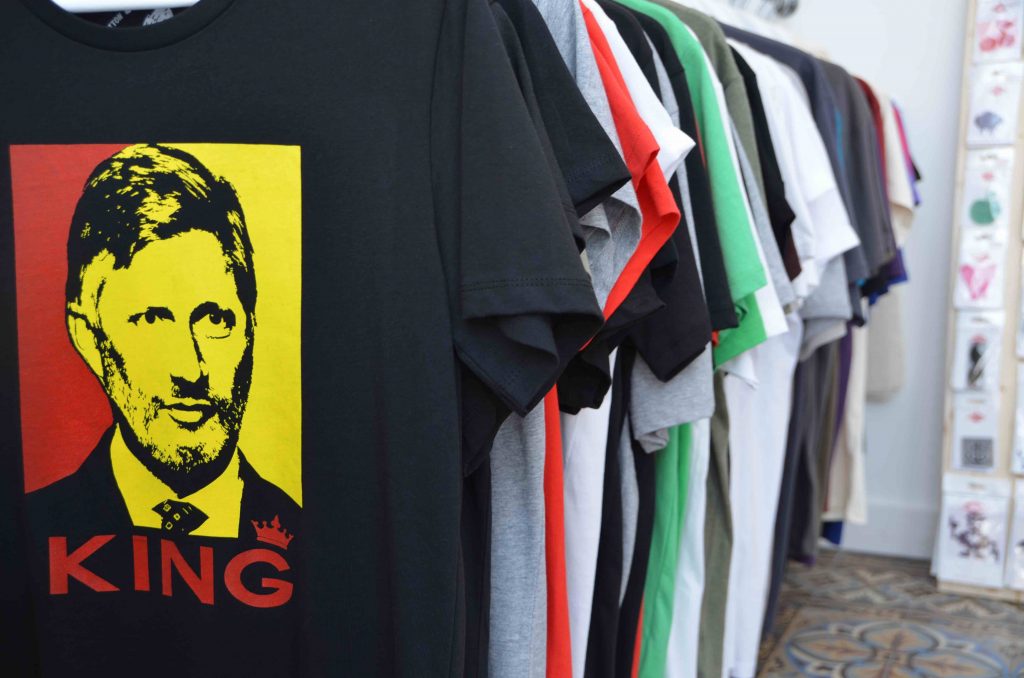 Only coming back from Brussels can you present your loved ones with pralines made at the exact place where these chocolate treats were invented. When the Swiss apothecary Jean Neuhaus opened his pharmacy in the posh arcade Galeries Royales not long after it opened in the middle of the 19th century, he covered his cough drops and medicine tablets with a layer of chocolate to improve the taste. His grandson, Jean Neuhaus Jr., took the next step in 1912 to keep the delicious cocoa cover but fill it with cream instead. The pharmacy became a chocolatier, and the rest is delicious history. 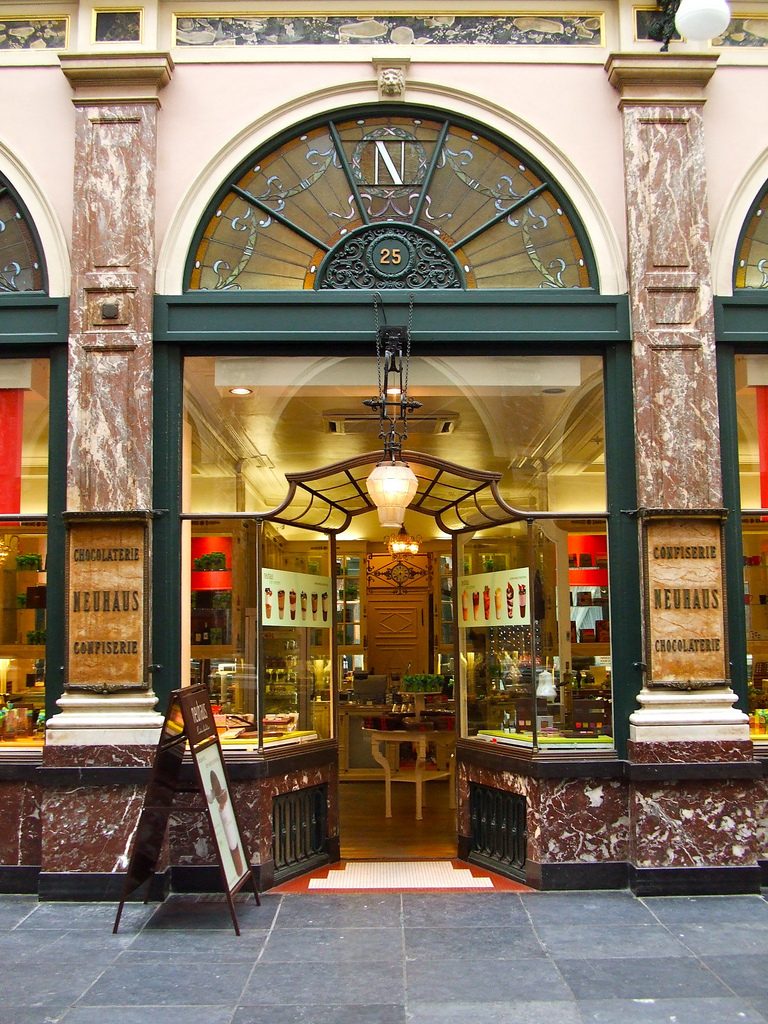 Everything about concept store Belge une Fois screams Belgitude. Over 100 Belgian creators have contributed artful gadgets, drawings, nicknacks and more to the shop on the Marolles’ buzzing Rue Haute. Sweatshirts with quippy phrases –‘Je suis Belge. Don’t be jealous.’ – in Dutch, French and English are just the tip of the iceberg. When you stop getting the inside jokes on the plentiful buttons, turn to the proprietors (who also keep a blog) for an excellent chance to learn about local life and humour.

‘When nothing goes right, go speculoos’, Maison Dandoy insists. The family business in a cobbled lane off the Grand Place still makes the typically Belgian shortbread biscuits the traditional way: with handcrafted wooden moulds in their Brussels atelier. 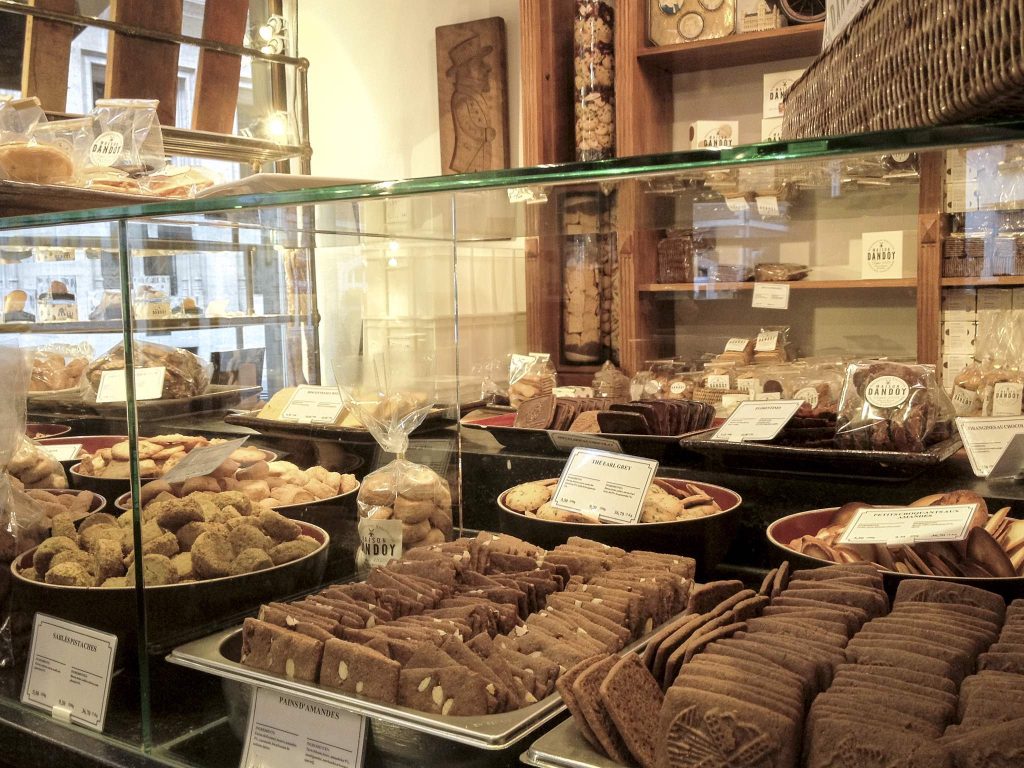 Also just of the Grand Place, Hergé’s world-famous boy reporter and his trusted companion Snowy are honored at La Boutique Tintin. Tintin aficionados can stare their hearts out at the grand display of wacky side character figurines and precious collectibles, even if the prices accompanying the quality pieces might leave a hole in their pocket.

With over 400 Belgian beers lining the shelves, Beer Mania in the Ixelles neighborhood lives up to its name. Owner Michael Eftekhari took over from his father Nasser, and has continued in the same vein. He specializes in Belgian Trappist ales, and is all too happy to recommend some, in the shop’s cozy tasting room. Over 100 glasses are available as well, to make sure Belgian brews are enjoyed at home from the right goblet, flute or tulip. Officially Eftekhari closes at 9pm every day, though he’s known to keep his beer temple open past that if the drinks are flowing. 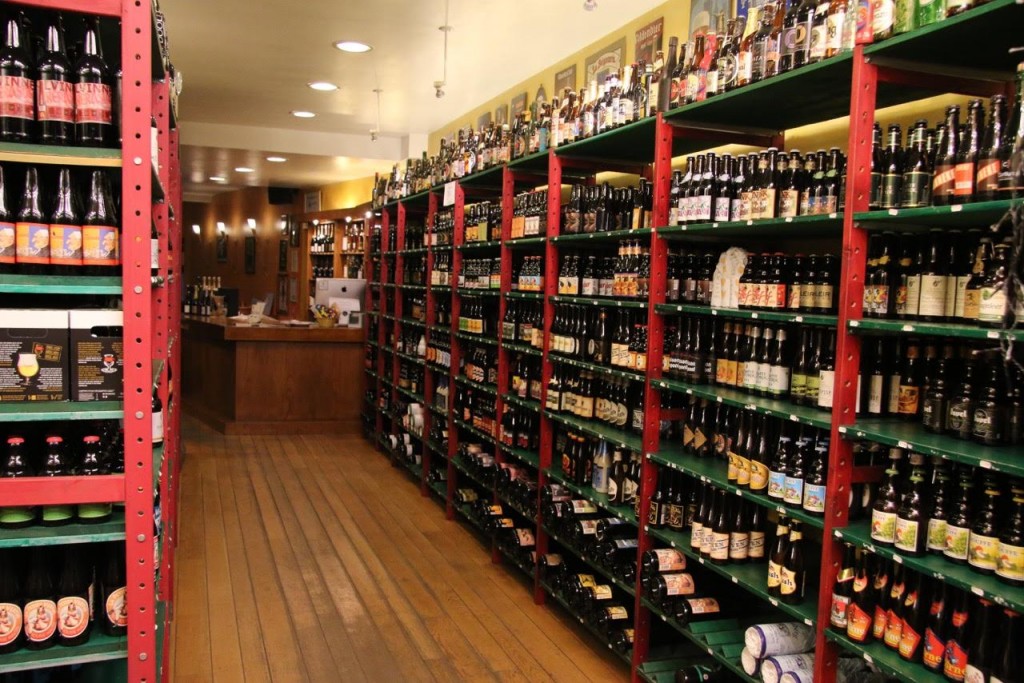 For a hit of true kitschy merchandising, step inside La Vieille Lanterne. This prototypical tourist shop is bursting with Atomium magnets and finds itself downstairs from a small, family-run B&B. With Manneken Pis diagonally across, life-sized copies of the peeing city symbol line its stoop.

Flea markets are an essential part of Belgian life, and Brussels has a couple of particularly atmospheric ones. Down in the tip of the city center, in the middle of the old Marolles neighbourhood, the Place du Jeu de Balle has been livening up weekday and weekend mornings for over a decade. Vendors peddling old suitcases, platters of mixed silverware and second-hand typewriters sometimes offer remarkable steals to the early riser. 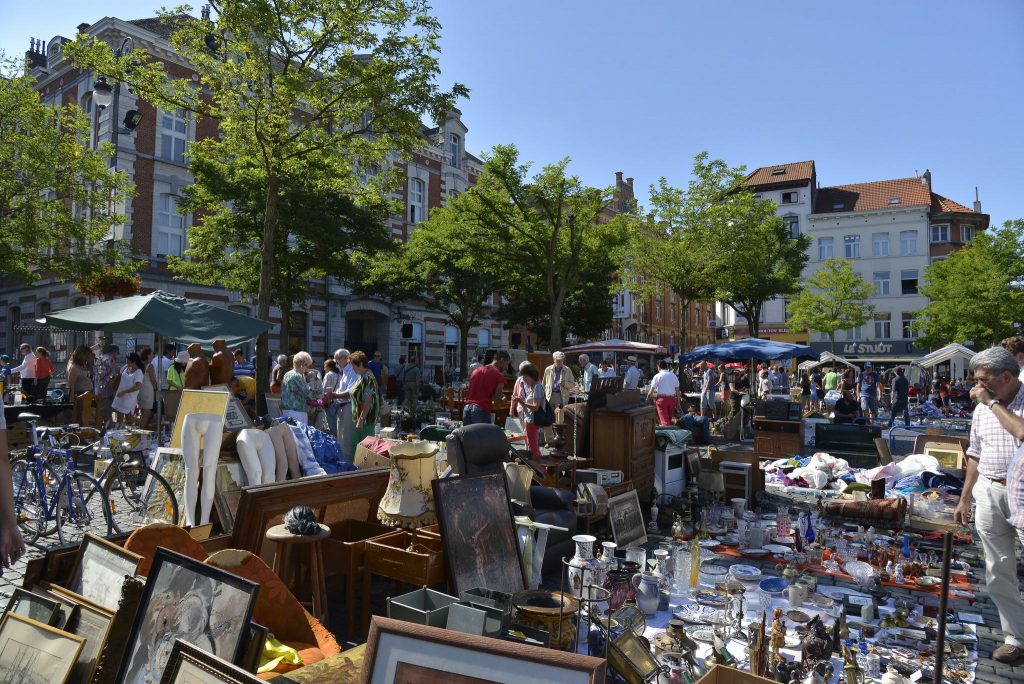