Top 10 Things To Do And See In Sainte Catherine, Brussels

The vibrant Sainte Catherine is a must-see area of Brussels — a well-suited match of old style and new vibes. Located just a stone’s throw from the Grand Place, it is a paradise for seafood lovers and for those who are looking for a lively and alternative spot in the heart of the Belgian capital. 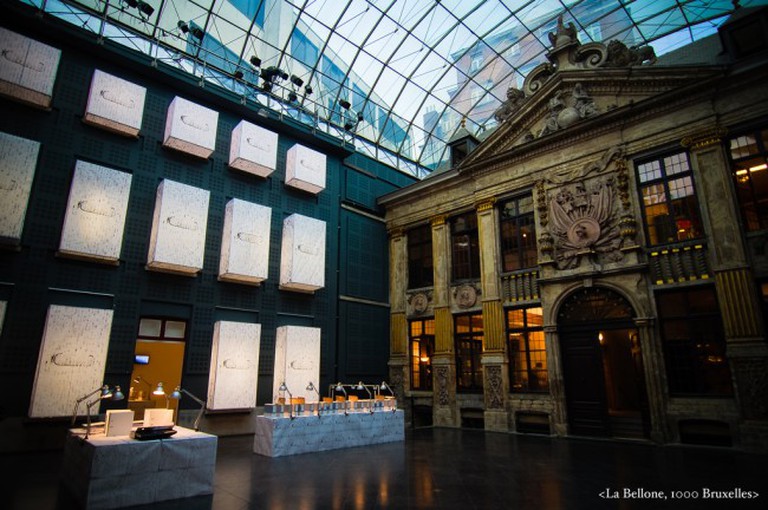 The facade of La Bellone | © Sophie Lenaerts, Cédric Simon/Flickr
A beautiful architectural pearl gives its name to the neighborhood — the church of Sainte Catherine is quite a recent construction, considering it was built over the foundation of a 14thcentury church, finished and consecrated in 1874. Nevertheless, its style is inspired by the 16th–century French churches, and it presents a spot-on mixture of gothic, in its shapes, and baroque, in its decorations. Sainte Catherine’s Church impresses the eye of the traveler, complete with buttresses crowned with gargoyles. On the right side, the ancient baroque belfry belonging to the older church still stands out.

If you fancy breathing some cultural air, then La Bellone is the place to be. Located on rue de Flandre, a long corridor leads to a courtyard where a curious building — a mixture of classic architecture and Flemish decorum — stands. It owes its name to the bust of Bellona, ​​goddess of war, which adorns its facade and commemorates the victory of Zenta by Prince Eugene of Savoy over the Turks in 1697. The building is, as from 1980, a cultural and artistic center thanks to the painter and stage designer Serge Creuz. La Bellone currently hosts several productions of theater, dance and multimedia, as well as a library and a documentation center devoted to the arts.

Looking for an uncommon night out? Then Madame Moustache is probably the place to be. Cabaret nights, rock concerts or just good old disco music — this club can guarantee a fun and enjoyable time for everyone, as the variety of styles and musical offerings is the secret of its success. And if this is not enough, the warm interiors with wooden arches, lights and mirrors will surely do the trick. 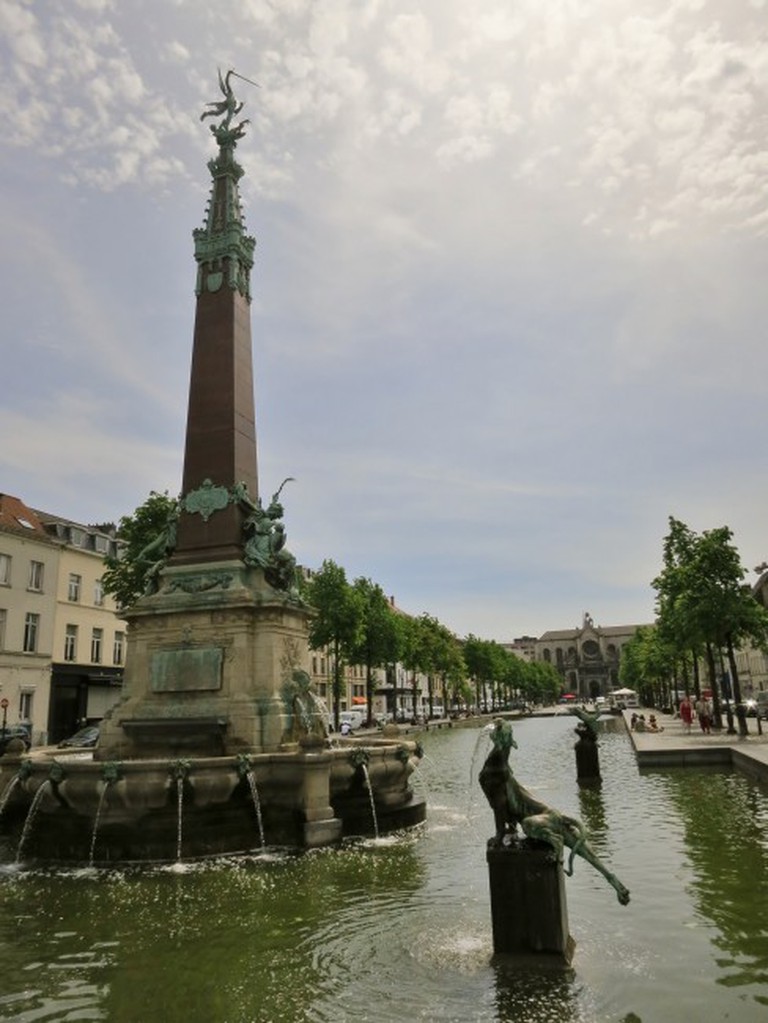 Walk Around The Quais

Quai du Commerce, Quai aux Briques, Quai du Bois a Brûler, Quai aux Pierre de Tailles are the most common streets around Sainte Catherine. But what does ‘quai‘ mean? It literally means dock or wharf. What used to be the location of the ancient port of Brussels has left traces in the toponymy in this neighborhood, and not only that. Place Sainte-Catherine has also been long known as Vismet, namely the fish market. Although the fishermen no longer sell their products there, the market still preserves its origins since seafood reigns supreme on the menus at the restaurants in the area — the best ones in the city.

The cultural vibrations are certainly not lacking around Place Sainte-Catherine. With a different style from La Bellone, La Centrale opens its doors to the multiculturalism of Brussels and wisely introduces it into contemporary art. As it happened to many buildings in the city, even this one was built with a different purpose; in fact, this building on rue Melsens was Brussels’ first powerhouse. Transformed into a contemporary art center in 2006, it involves artists on the fringes of the official art circuit, is open to cultural minorities, and presents works that question the boundaries of art. All these characteristics make La Centrale worth a peek.

Have A Cup Of Tea At ‘John and Rose’

What’s better than a place that combines the two main characteristics of Sainte-Catherine — art and good food? John and Rose is an art café — a cozy bar and an exhibition space in the same room. It is an appealing idea for those who appreciate art but cannot bear standing on their feet for a long time to admire the artworks. The exhibitions adorn the walls of the café and change frequently, while the vintage warm furniture guarantees the perfect comfort for some homemade healthy salads, tapas or a simple tea. It is the perfect spot for a rich and artistic brunch. 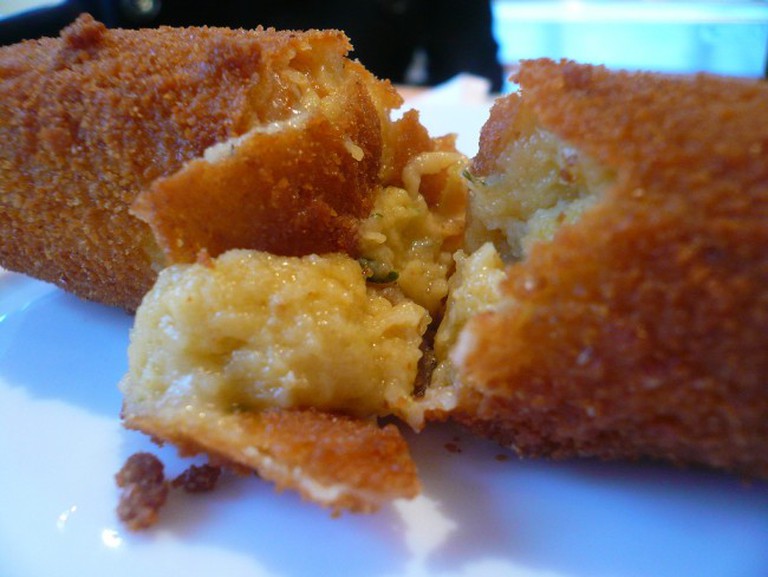 Taste Some Of De Noordzee’s Specialities

The traces of the ancient port are still very much alive in this evocative restaurant and fishbar. A mandatory stop for a weekend stroll in the city, De Noordzee will soon enough capture you with the smell of fresh seafood, oysters and fish soups. All the senses of fish lovers will be heightened, and it might be difficult to resist a take-away fish burger or a cozier meal, based on croquettes aux crevettes de Zeebrugge — a characteristic shrimp croquette, accompanied by some delicious white wine. 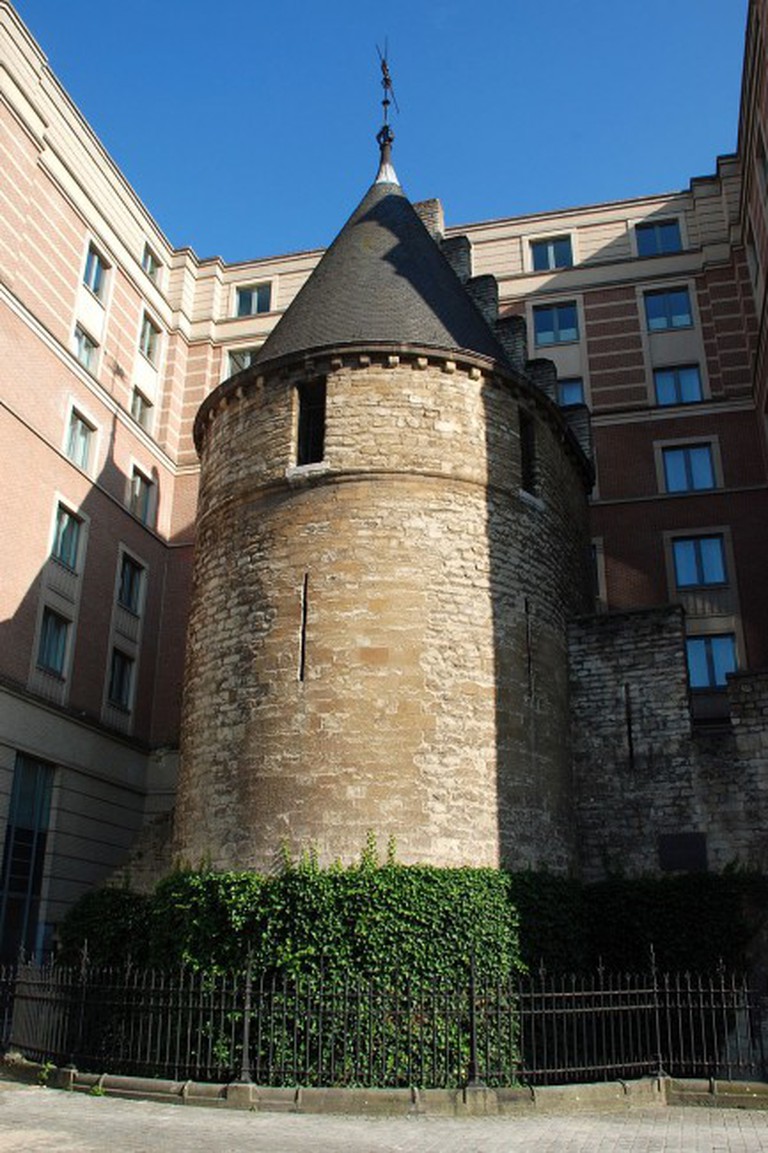 Brussels is surely known as a modern city, but it still withholds some of its medieval treasures. La Tour Noire — in English ‘The black tower’ — is an example of what is left of Brussels’ 13th-century first city walls. Situated right behind Sainte Catherine’s Church, it became a tavern called ‘In de Toren’ in the 16th century and risked demolition at the end of the 19th century. It is now surrounded by a modern hotel, but its exterior can still be admired from the street, allowing you to picture its medieval effect.

One spot cannot be missed once in Sainte Catherine, and that is La Belle Maraîchère. Situated in a lovely building from 1759, the menu will satisfy every taste, and those who do pass by this neighborhood should stop here for fish or lobster soup. It will be difficult to resist what comes next.

Last but not least, this is a real treat to the eye of every Christmas lover and an amazing event for every age. Place Sainte-Catherine is the epicenter of the Brussels Christmas Market; the wooden chalets on the sides of the Vismet are ready to charm you with their spicy hot wine, hot rum with honey and countless gourmet dishes — from the typical Belgian waffles and salmon to meat and Italian delicacies. Curiously enough, a spacious Swiss chalet stands out in the middle of the square; inside, Swiss traditional fondues can be tasted together with some renowned wine. The picture can only be completed with a ride in the magnificent Ferris wheel, which gives the opportunity to admire, from above, a breathtaking Brussels illuminated by the Christmas decorations.