The Top Things To Do & See At The Brussels Canal

Bruxelles les Bains | Courtesy of visitbrussels.be
A historic brewery repurposed to be an edgy new museum. An old slaughterhouse turned into a food hall. The recent opening of the city’s most environmentally conscious hotel. The powers that be are hard at work shedding Brussels Canal’s shaky reputation. Here, The Culture Trip shares eight ways to explore the up-and-coming neighborhood that was once considered the capital’s ugly duckling.
The old Belle-Vue brewery before its transformation Courtesy of the MIMA Museum

Pay a Visit to the Brand New MIMA Museum

The Millennium Iconoclast Museum of Art is a powerful cultural presence in the neighborhood. Located inside the industrial setting of the old Bellevue brewery, the MIMA shines a spotlight on those disciplines often forgotten about by contemporary art museums. The museum focuses on work springing from the minds of subculture artists (think extreme sports, graffiti, tattoo, etc.), which is a refreshing approach much needed within the European art scene. When you’re there, don’t forget to take in the panoramic view of the city and its canal from the top floor of the glorious building.

Bump into the Statue of a Stumbling Agent 15

If approaching the Sainctelette Square you can make out the figure of a policeman tripping from afar, don’t rush over to help him. Wait a second and you’ll see that the agent is actually suspended mid fall. The officer is a statue; emblematic of the often self-deprecating Belgian humor. The Brussels sculptor, Tom Frantzen, decided to immortalize the slapstick shenanigans of Agent 15 from Quick and Flupke fame by having his feet grabbed by a ‘canal urchin’ peeping out of a manhole cover.

Every summer, Brussels finds a way to make a little part of its city feel like a holiday resort on the Côte d’Azur. Sometime in June, 3,000 tons of North Sea sand will suddenly appear on Quai des Péniches near the canal, forming a beach of over a kilometer wide. Listen to a concert while lying in your lounge chair in the shade provide by palm trees or engage in a beach volleyball tournament or any of the other numerous family activities.

What better place to go for a jog than by the canal; at least, that’s what last year’s immensely successful first edition of the Canal Run has shown. Strap on those running shoes and explore the area in a sporty way by covering one, four, eight or 12 kilometers while friends and family cheer you on. 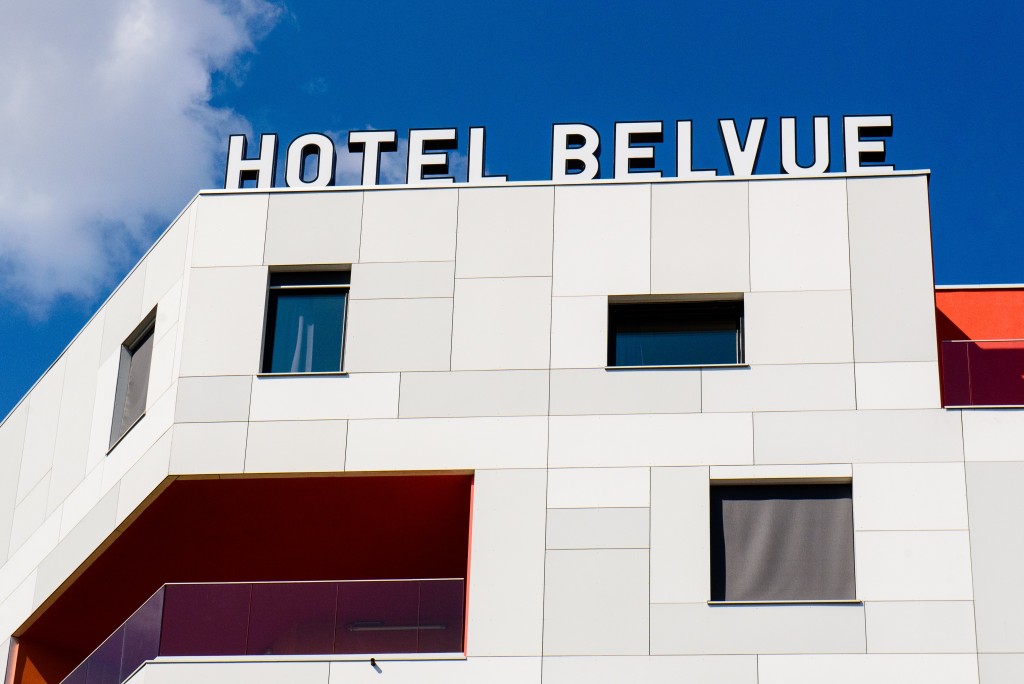 Spend the Night at Brussels Most Environmentally Conscious Hotel

Hotel
A spacious room at Brussels' first entirely passive hotel | Courtesy of BELVUE Hotel
Right across from the new MIMA, the small BELVUE Hotel overlooking the canal has recently opened its doors with a mission of its own. While turning a section of the old Bellevue brewery into the first Brussels hotel to have a carbon footprint of zero is impressive enough, this enterprise with a soul also pledges to look out for its neighborhood. Young students from the Molenbeek district are offered practical training where they can gain experience and hone their hospitality skills.
More Info
Open In Google Maps
1 Rue Evariste Pierron, Molenbeek-Saint-Jean, Bruxelles, 1080, Belgium
+3228323232
Visit website

Enjoy a Fair at Tour & Taxis

Tour & Taxis houses fancy restaurants, several offices, a circus school and a surprising air drone academy next to its main purpose of hosting hundreds of rotating markets, fairs and exhibitions. The mammoth urban site consists of four historic buildings, with the impressive Royal Entrepot rising up to greet you upon arrival. Walk through its tunnel to discover the Sheds, an old railway station with the tracks still running through. Its gorgeous metallic framework and sawtooth roof that lets in natural light makes it the ideal location for some of Brussels’ biggest events like the BIFFF Film Festival and the annual antiques fair. 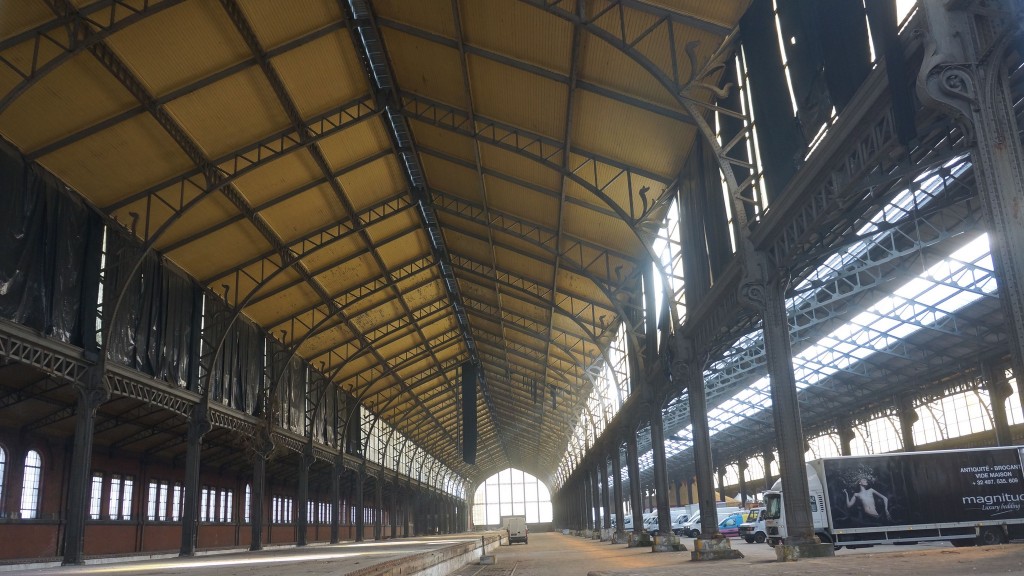 One of the enormous halls at Tour & Taxis, with a ceiling of 25 meters high | © Sam Romilly/Flickr 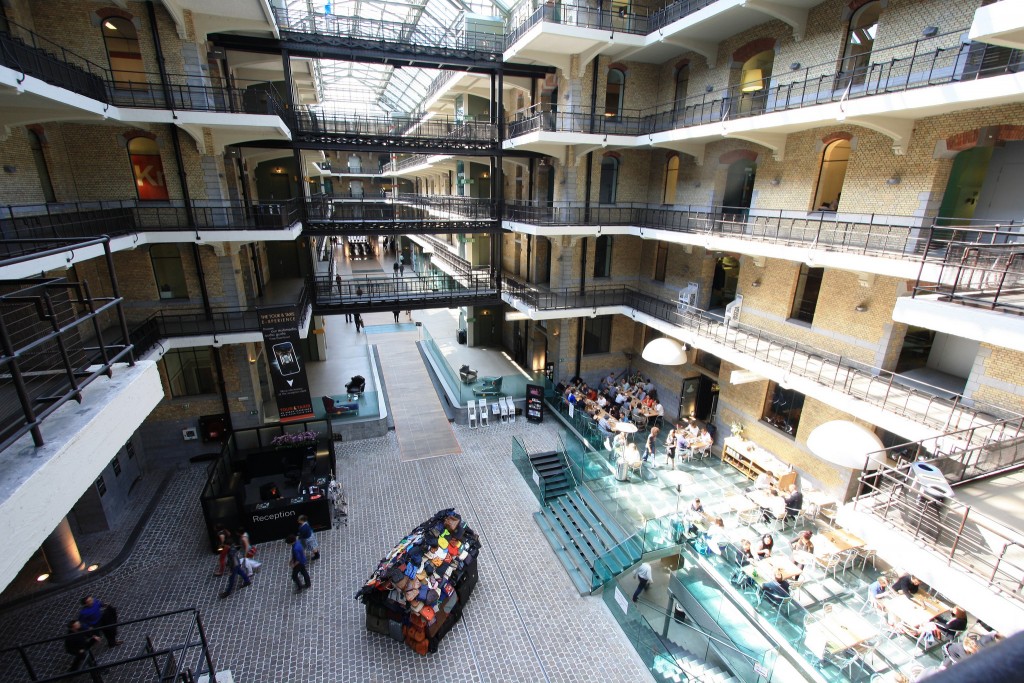 Release Your Inner Foodie at the ‘Foodmet’

A historic slaughterhouse near the Brussels canal; it sounds more like the setting of a horror movie than anything else. Getting too scared to enter would be a shame because the Abattoir recently opened its new food hall filled with meat, cheeses, spices and other tasty fare. Buying the weekend groceries becomes a lot more fun in the southern European atmosphere of this new marketplace. As part of its master plan, the Abattoir will soon open an ‘urban garden’ on the rooftop where fresh vegetables will be grown in little greenhouses. 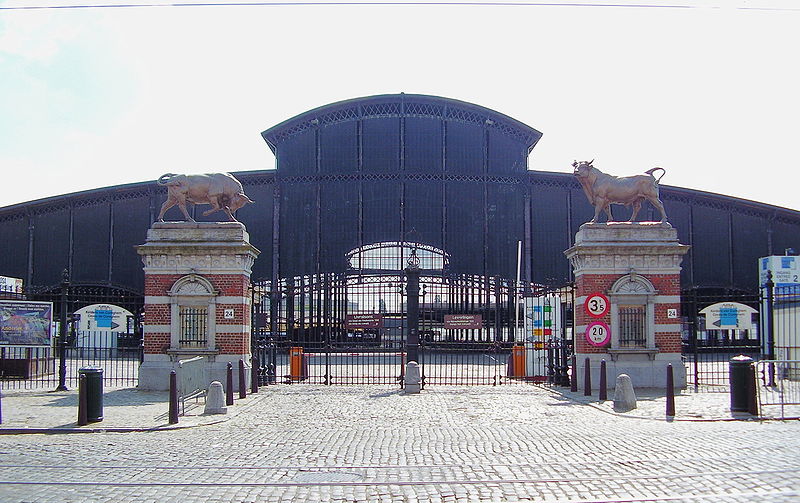 Tour the Canal by Boat

To get the full effect of a neighborhood in the middle of transforming itself, venture out onto the water for a guided tour of the area. Gliding under historical bridges while witnessing the shiny new architectural achievements or works in progress on the docks will leave you with an exciting feel for the district’s future, as well as its industrial beginnings.