The Top Things To Do And See In Molenbeek-Saint-Jean 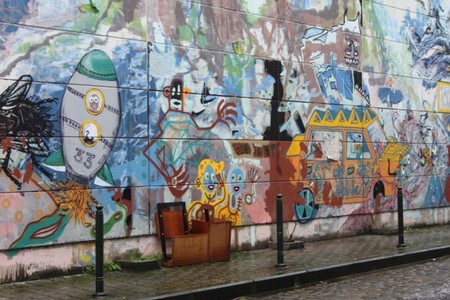 Street at |Courtesy of Paulina Gono

Even though Molenbeek is not the most popular Brussels quarter to visit, we still believe it is worth being explored. Nothing is black and white, and neither is Molenbeek. It has beautiful green parks, colorful murals, and a brewery that produces gold beer. Whatever you have read about this neighborhood, forget it and let’s discover other shades of Molenbeek.

Check out an iconic statue

The sculpture of a vicious rebel and his unsuspecting victim resembles a typical scene from comic books. The work is called De Vaartkapoen (the literal translation is the ‘cheeky of the canal’), which was a nickname for people born in Molenbeek. Just to make it clear, De Vaartkapoen is not the policeman but the little boy who is tripping the figure of authority without any particular reason. How would this mischievous scene end if the characters were not made of bronze? That is up to your imagination. 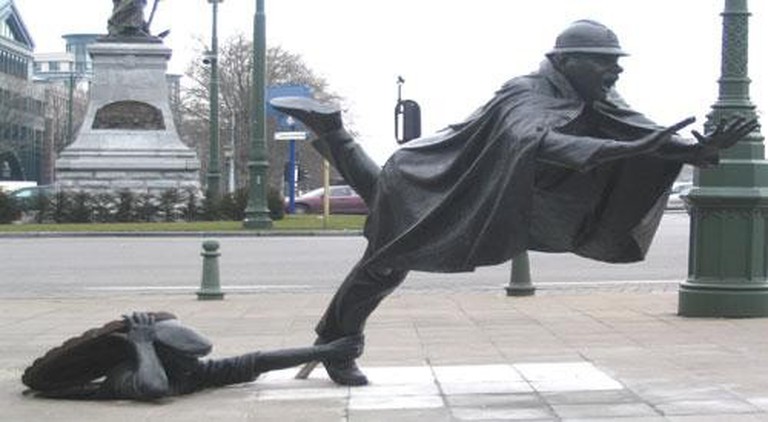 You neither have to own a sewing machine nor know how to use a needle to still be absolutely amazed by Les Tissus du Chien Vert, a big fabric shop. The eclectic interior decoration includes actual parts of ships and boats, making you feel as though you are walking through a museum instead of a shop.

A stunning castle set in amazing surroundings makes you feel as though you have traveled to a wholly different city. After WWII, the castle became a dairy, but rather than becoming a factory, the recent renovation has restored this castle’s charm to look like it came straight out of a fairy tale. Karreveld Castle also serves as a host to many community events including exhibitions, Festival Bruxellons!, and the Christmas market, and private events such as weddings. But you do not have to get married to enjoy its beautiful architecture and the surrounding park and small lake situated in front of it. 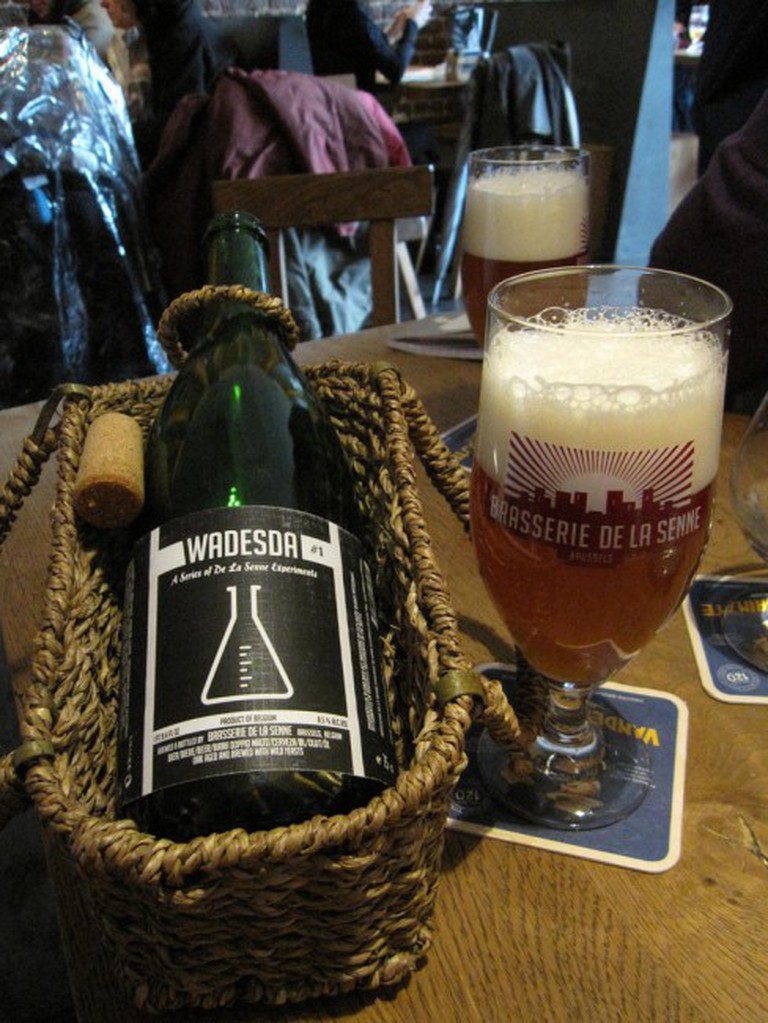 Brasserie de la Senne | © Bern Rostad/Flickr
What kind of a trip in Brussels would it be without a beer? Brasserie de la Senne is one of the three Brussels-based breweries, having started its production in 2010. A guided tour of the brewery includes the tasting of four beers, and it is guided by one of the two directors.
Open In Google Maps
19-21 Drève Anna Boch, Laken Brussel, Brussels Hoofdstedelijk Gewest, 1000, Belgium
+3224650751
Visit Website
Give us feedback

Learn about Brussels’ industrial past at La Fonderie

The building of The Brussels Museum of Industry and Labour is the former headquarters of a major foundry. La Fonderie is a non-profit organization that developed a museum dedicated to showcasing the history of the Industrial Revolution within Brussels, and in particular its strong connection to Molenbeek. Its permanent exhibition features the economic, social, and political changes that occurred as Belgium moved from an agrarian to an industrial society. Don’t forget to take a look at its Documentation Centre, which includes press clippings and an extensive photo library of that period, showcasing the important role Molenbeek played in pioneering these opportunities within Belgium. 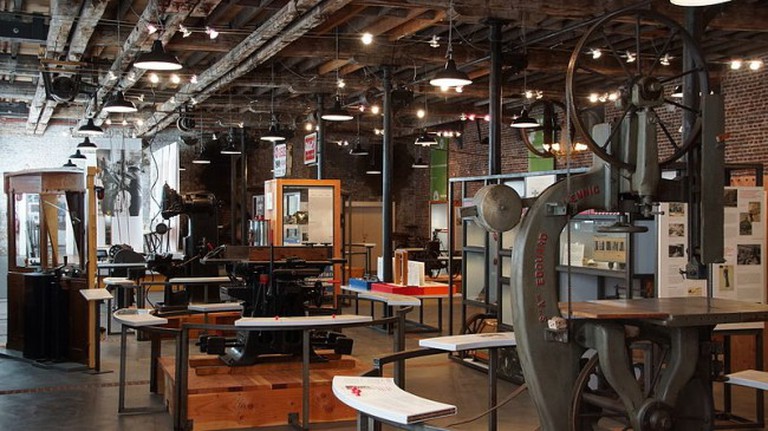 Check out the cultural agenda

Looking for an activity in Molenbeek? Check out what is on via Culture1080Cultuur. This cultural organization offers a diverse program, including theater performances, concerts, and workshops in the neighborhood for every month. So if you were ever thinking about learning silversmithing, or you would like to participate in one of the events organized on the occasion of 70th anniversary of the migration agreement between Italy and Belgium, be sure to check out the latest listings so you will not miss out.

Even aimlessly wandering the streets of Molenbeek can turn into a beautiful sightseeing tour. For example, right next to the Saint John the Baptist Church, there is a charming zoo drawn on the wall, or you can find a mosaic of a dove at Rue Fin. Do not forget your camera, so you can capture the colorful murals that make the grayness of the buildings pop with color. 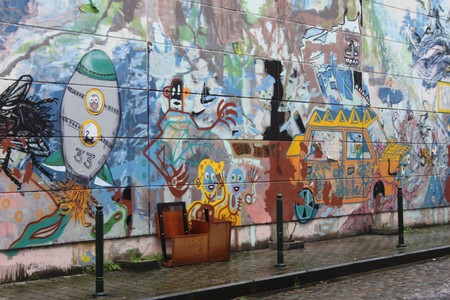 The former warehouse complex hosts many cultural events such as the contemporary music festival Couleur Café or the Brussels Design Market. The 34th edition of Art Brussels will for the first time take a place in Tour and Taxis in spring 2016. The venue itself is named after a noble family, Van Thurn und Tassis, who were key players in European postal service. Fun fact: Frans Von Tassis founded the ‘horse post’ system, which operated for 355 years. 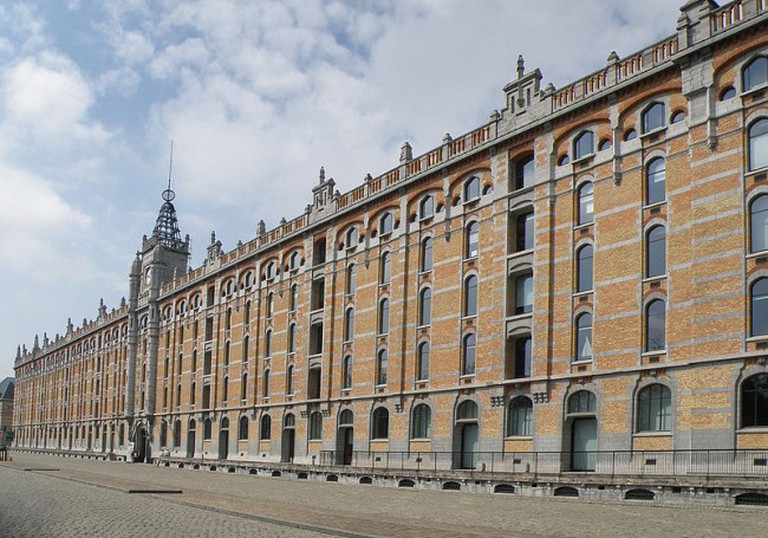 Admire the architecture at Saint John the Baptist Church 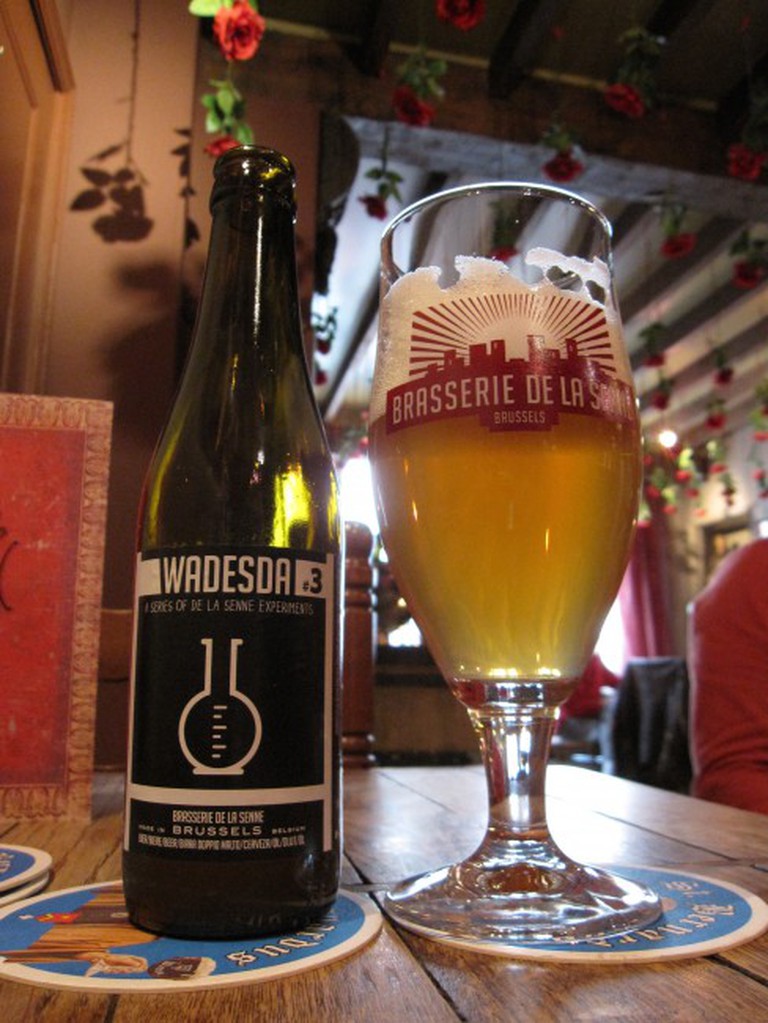 Beer brewed by the Brasserie de la Senne | © Bernt Rostad/Flickr
This Art Deco-style church was built in 1930s by the Belgian architect Joseph Diongre, who also designed the Maison de la Radio at Flagey. The church walls are built of reinforced concrete and thanks to modern techniques, it was built in record time – 15 months.
Open In Google Maps
Parvis Saint-Jean-Baptiste, Molenbeek-Saint-Jean, Bruxelles, 1080, Belgium
+3224118740
Give us feedback

Looking for a great spot get a drink? Head to the coffee shop next to the Saint John the Baptist Church called La Tour, and relax with a cup of coffee or a fresh mint tea. Visitors will be pleasantly surprised by the taste, and the price.