The Top Art Galleries and Off-Spaces in Ghent 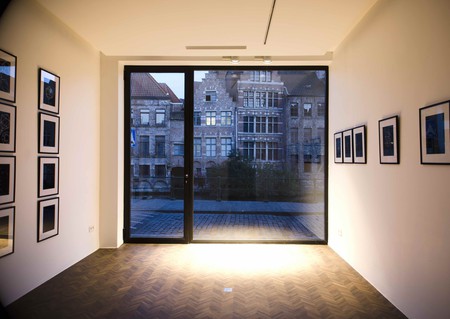 In Ghent, Belgium, disconsolate welding factories get turned into artist playgrounds, and modern paintings are presented alongside chocolate pralines. Galleries are often not galleries but ‘off-spaces’, fuelled by creatives working, playing and exhibiting all in the same venue, and when a gallery does go by that name, you can be sure they’re keeping an eye out for overlooked or emerging talent. Here we take a look at 10 of Ghent’s most intriguing exhibition spaces.

Welding is still going on inside a former factory on the dockside; however, lately, the results tend to be of an artier variety. When the Smoke & Dust posse took up residence at the rejuvenated Dok Noord site in 2012, the artist collective turned the 450-square-metre (4,844-square-foot) industrial space into the urban atelier of a lifetime. 019, Smoke and Dust’s 19th project, boasts a wood and metal workshop, a screen printing space, an audio room, and so on. Artists of different disciplines and nationalities are constantly creating and exhibiting in this chameleon space that’s constantly being modified to suit their needs, in large part thanks to wooden structures that divide the building into smaller zones.

Part alternative bookshop, part gallery, RIOT, tucked inside an old beer bottling plant in the Dampoort neighbourhood, specialises in the underground and the offbeat. Besides offering niche art mags and books by independent publishers such as their own publishing house APE (Art Paper Editions), Jurgen Maelfeyt and Caroline De Malsche use their exposed brick space to exhibit photography series on Japanese love hotels, for example, and other works from emerging artists. 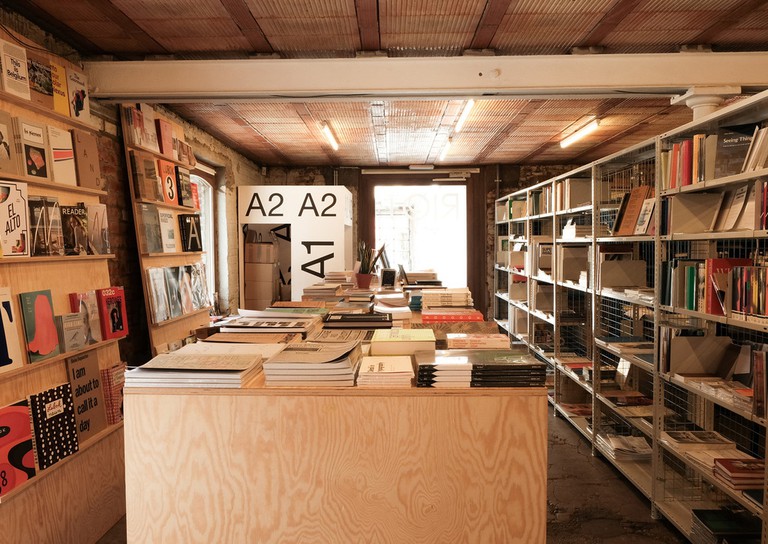 Ghent nearly lost one of the well-established stars on its gallery firmament when Tatjana Pieters lost her previous exhibition space, a large-scale loft, to the wrecking ball in 2011. It turned out to be a blessing in disguise, however, as Pieters found a new home in an old converted warehouse, complete with metropolitan allure, a little bit outside the centre. The always forward-looking Pieters likes to champion emerging talents that take on contemporary societal questions. Splendid examples are Marijke De Roover, whose video collages bear titles such as Did You Wake Up Feeling Authentic Today? A Twitter Musical and I cried in front of literally everybody in the entire world, and the British Michael Pybus, whose canvasses and set-ups overflow with Ikea and Pokémon references. A big name is veteran Belgian minimalist Philippe Van Snick, who hadn’t been attached to a gallery for many years before Pieters picked him up again, and who has sold work to New York’s MoMA. 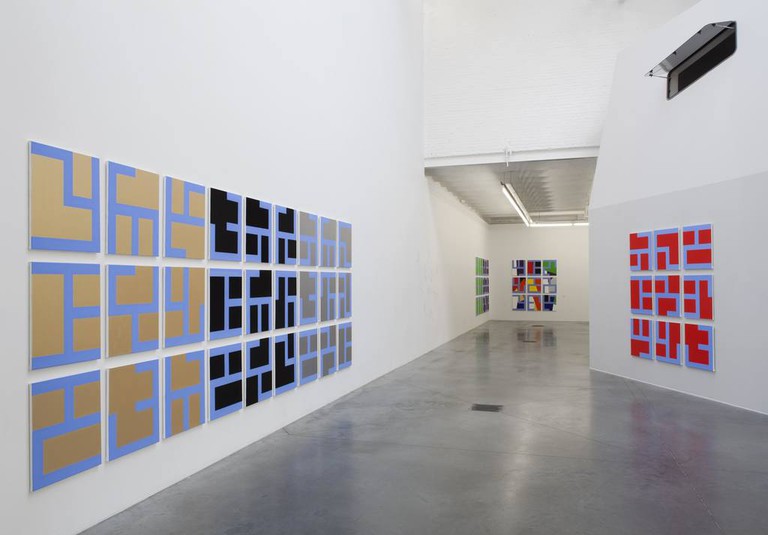 Having grown up with an artist mother and an art collector father, Kristof De Clercq saw potential in the garage of his home on Tichelrei Street. Next to his lush vegetable patch, De Clercq, who has a doctorate in philosophy, created two minimalist white cubes where he hosts emerging or overlooked national and European talent. His nose for it is apparent by his loyal clientele – collectors, gallerists and other knowledgeable enthusiasts – alone. 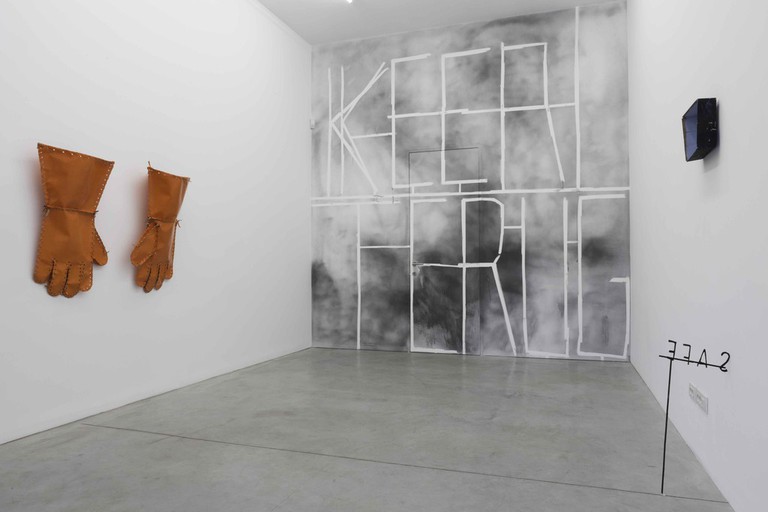 The relatively new VLASK gallery has brought a particularly welcoming exhibit space to the lively Vlasmarkt square, throwing a warm light onto its tiles and hosting regular ‘meet the artist’ evenings. VLASK is the passion project of Kristof and Anna Verbiest, two art connoisseurs with a background in academics who have grabbed the chance to take their passion for modern and contemporary painting and sculpture to another level in the heart of Ghent. 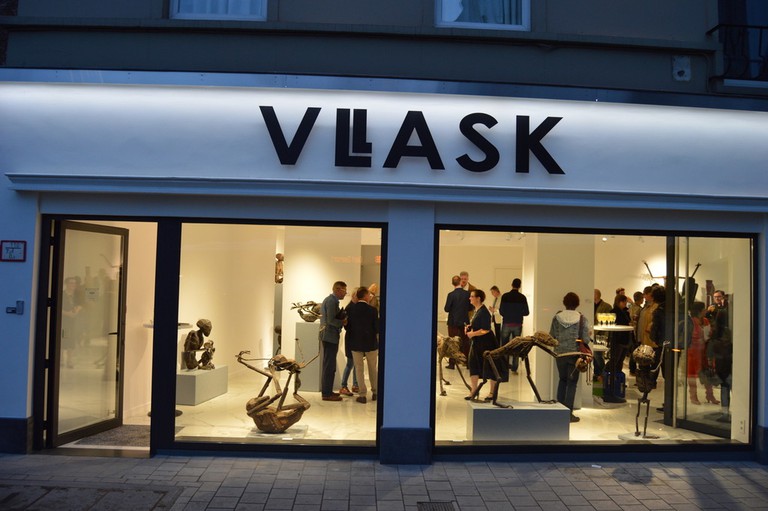 Careful as they are to emphasise that they are ‘not to be considered a gallery’, Croxhapox could be seen as Ghent’s original off-space. When Hans van Heirseele and Guido De Bruyn founded their non-commercial experimental art center over a quarter of a century ago, they set out to give unknown artists a first shot at presenting their stuff to the public (among them a promising young local by the name of Michaël Borremans, now renowned for his oil portraitures that catch handsome prices at international auctions). Artist birds of every feather, be it painters, musicians, filmmakers or others, are welcome here to experiment and research to their heart’s content.

At any given moment there might be an exhibit, concert, performance and ‘other less categorisable incidents’ going on at Gouvernementstraat number 7. Ever since musician David Dumont and his two compatriots transformed the 160-square-meter (1,722-square-foot) space from abandoned town house/former discotheque to multifunctional cultural space in 2014, Gouvernement has been a nest of artistic cross-fertilization. Residency programs let in-house artists use the place for unexpected combinations, and local bands are often invited to do their thing amidst the artwork. Independent and willing to live by trial and error, this is one of the most exciting scenes for a Ghent-bound culture lover to check out in the evenings or over the weekend.

Cecilia Jaime’s gallery, tucked between the snug restaurants and cafés in the medieval Patershol quarter, can count on a steady trickle of tourists and locals to dip in and view the installations, paintings and small statues. The Argentinian artist who now calls Ghent home regularly displays her own work in the intimate space (from stretched-out Argentinian landscapes to sculptures examining a woman’s role in the world), as well as the creations of 10 international artists, both established and emerging, who have joined the gallery over the course of five years. The handmade jewellery and design objects for sale make for original gifts. 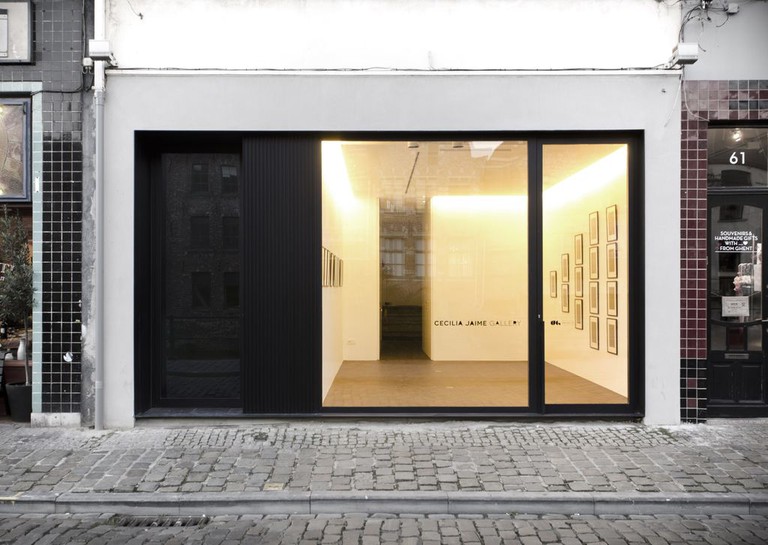 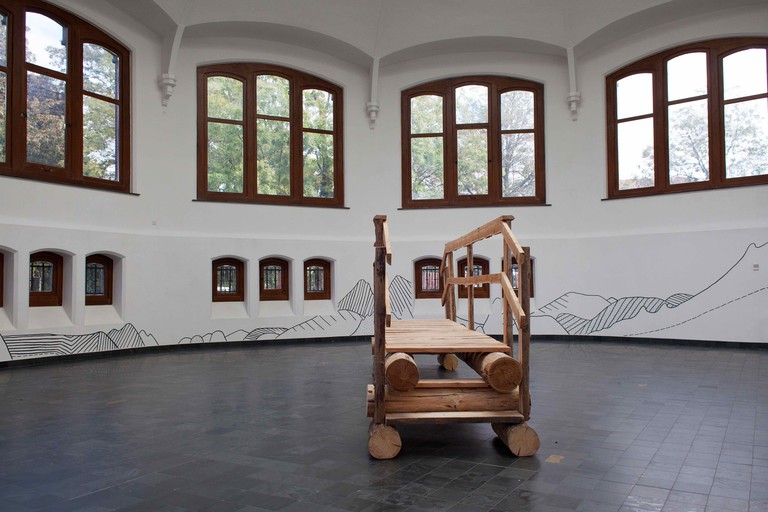 Jérémie Gindre, exhibition view ‘Kamp Kataloog’, 2016 | © Rachel Gruijters / courtesy of KIOSK
Given its remarkable setting – an anatomical theatre from the beginning of the 20th century – KIOSK encourages conceptual and visual artists to step into dialogue with the unique, octagonal space. Due to its location on the Bijloke site and its close connection to the KASK School of the Arts next door (though completely independent in its programming), the four exhibits hosted here annually spark a lot of creative impulses for the budding artists on campus. The platform prefers to focus on emerging creatives that have shown international potential and could do with a catalyst for more attention. Artist and process-oriented as they are, KIOSK expressed to us their preference for giving ‘[the artist] the full freedom or space he or she needs at that moment in his or her practice,’ which is why solo shows have become more frequent in the past couple of years.
Open In Google Maps
2 Louis Pasteurlaan, Gent, Vlaanderen, 9000, Belgium
Visit Website
Give us feedback

Art Gallery
Facebook
Email
Twitter
Pinterest
Copy link
Share
Map View
That Galerie Ganache has become such a warm hub and rendezvous place in the heart of Ghent is largely thanks to the coveted liminal space it manages to inhabit: somewhere between an art gallery and chocolate heaven. Owner Annelies Ysebaert has brought together the best artisanal produce – pralines by renowned chocolatiers Marc Ducobu and Frederic Blondeel, coffee from local roaster Labath and tea from an actual tea sommelier – with a monthly new exhibit. Vernissages and introductions to modern painters have rarely been as cosy or appetiser-fueled.
Open In Google Maps
60 Karel Lodewijk Maenhoutstraat, Sint-Martens-Latem, Vlaanderen, 9830, Belgium
+32499976148
Visit Website
Visit Facebook page
Give us feedback
Give us feedback