The Top 10 Beautiful Squares In Belgium 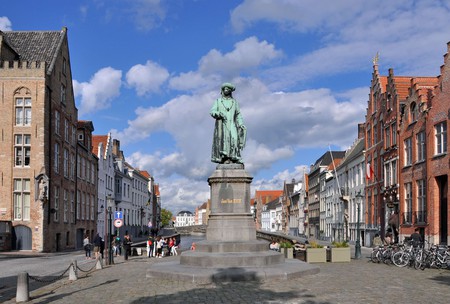 The Jan van Eyckplein in Bruges, where the historic city's hotshots used to work and play | © Marc Reyckaert/WikiCommons

When it comes to European tourist destinations, Belgium often finds itself in the shadows of its glitzier neighbors to the sunnier southern side. Yet, one glance at these gorgeous squares will make it clear why it would be a shame to overlook a country bursting with history and Old World beauty.

If there’s one Belgian square you’re bound to have seen in a travel magazine, it’s Brussels’ main one. Built as a symbol of riches in the mercantile city’s heyday, walking onto its cobblestones feels like being transported into the world long gone. It is for this reason that the Grand Place, also to be admired in miniature in Mini-Europe, earned its UNESCO World Heritage label just before the turn of the millennium. 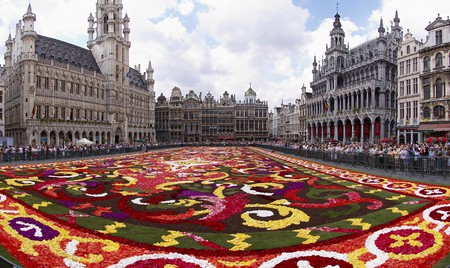 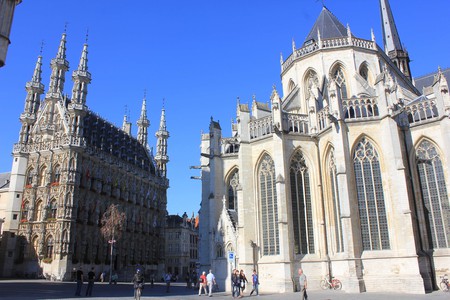 Follow the charming cobbled alley to the right of Leuven’s Grote Markt and you will soon spot another beauty right behind it, the Oude Markt (or Old Market), where the historical buildings are filled with bright young minds. Nicknamed ‘the longest bar in the world’, almost 40 bars and restaurants surround the stretched-out rectangle where it’s safe to say no one will ever go thirsty. 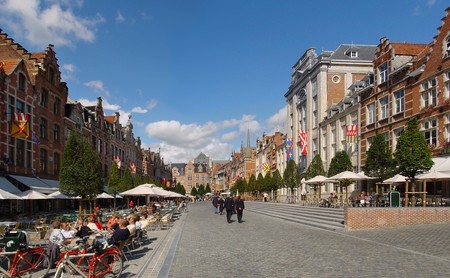 While Ghent’s Kouter is already mightily impressive with just its rows of stately manors on every side, the cherry on top has to be its cast iron gazebo. Placed here in the 19th century, it is one of two remaining gazebos reminiscent of the city’s musical past. Sundays bring a particularly lovely sight and fragrance as the whole square is filled with colorful flowers for the weekly market.

The Kouter in Ghent, with an elegant iron cast gazebo on the left | © Casey and Sonja/Flickr

Sometimes it seems like the word ‘charming’ was invented solely to describe Belgium’s seaside city of Bruges. With its historical center a UNESCO World Heritage Site in its entirety, picking a favorite square becomes rather tricky. Still, one of the most idyllic has to be Huidenvettersplein (or Tanner’s Square). A small public place with a private courtyard feel, Bruges’ tanners used to meet and work here until the bad odors got a little out of hand, and the city turned it into a fish market. Their 17th-century guild house is still there, however, as well as some small restaurants. 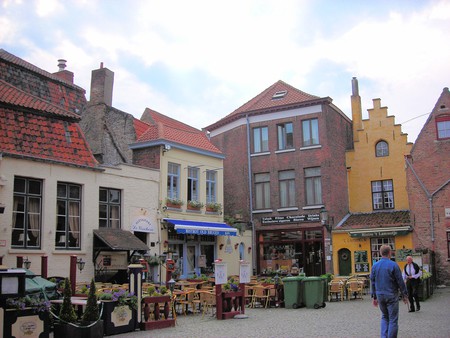 The square where Bruges’ tanners used to meet, one of the most idyllic places in Bruges | © Jim Linwood/Wikimedia Commons

Only a five-minute walk from Bruges’ main square, the one named after renowned Renaissance painter Jan van Eyck is at least as historically significant. Besides being the city’s old loading dock (and one of its top romantic spots), it’s also home to the Old Tollhouse and the Merchant’s Lodge. The last one being the premier hangout for the VIP’s of the day to make important political and economic decisions, or simply to take a load off.

The Jan van Eyckplein in Bruges, where the historic city’s hotshots used to work and play | © Marc Reyckaert/WikiCommons

A quaint city in the elevated Ardennes, Bastogne has a Grand Place that’s at once cheerful with its small town hustle and bustle and at the same time reminiscent of WWII tragedy. An American Sherman tank and a bust of General Anthony McAuliffe, who led the defense of Bastogne against German troops in 1944’s Battle of the Bulge, are reflective of a population that hasn’t forgotten its protectors. 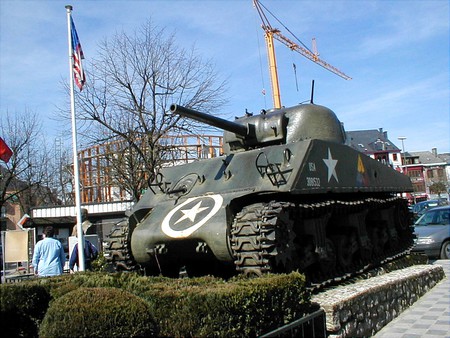 It goes to figure that Belgium’s second-largest and most fashionable city would have a main square that’s the envy of many of its European colleagues. Dominated by its city hall and a fountain depicting the legend Antwerp was named for, it’s an especially magical place during the winter. You’ll know Christmas season is upon us when the city again goes all out to light the place up with thousands of lights, and you stroll past the wooden booths with a mug of hot cocoa or glühwein in hand.

Named after the famed 19th-century Flemish writer, the Hendrik Conscience Square is a scene of Baroque splendor and literary history. The statue of ‘the man who taught his people how to read’ is backed up by the presence of the Hendrik Conscience Heritage Library, a repository housing numerous valuable and early works in the Dutch language. The square was the first one in the city to become car free, and its closed-off nature makes it a calm leisure spot in a busy metropolis. 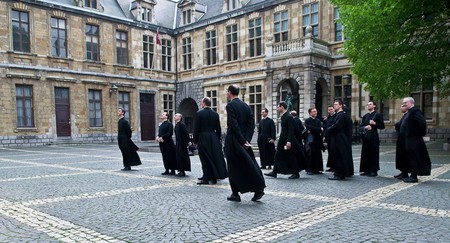 Sitting atop one of the most important archeological sites in Europe, Liège’s Place Saint-Lambert is a testament to how this 9,000-year-old city has endured the test of time. Those not afraid of the dark can explore its history by descending into the Archéoforum, a crypt-like museum underneath the square that has been open to the public since 2003. Underground you’ll not only discover the remains of the cathedral that was destroyed in a revolution at the end of the 18th century but also the foundations of a Roman villa. 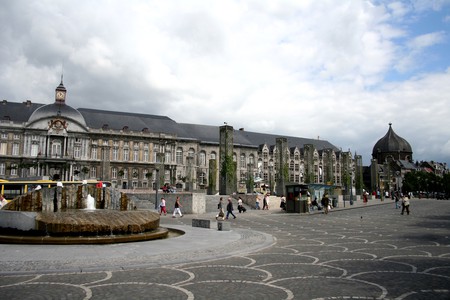