The Iconic Songs Of Toots Thielemans: Tribute To A Jazz Genius 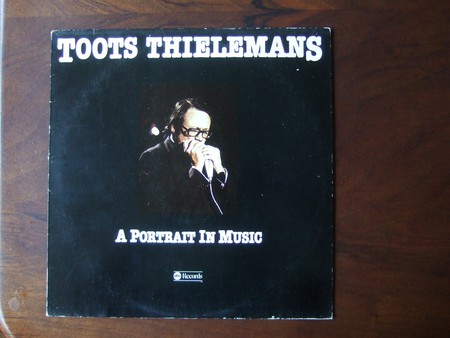 Toots Thielemans leaves behind a jazz legacy of immortal songs such as 'Bluesette' and collaborations with the world's greatest musicians | © Piano Piano!/Flickr

Legendary harmonica player and jazz icon Toots Thielemans has passed away at the age of 94. The Belgian musician, born in Brussels’ unpretentious Marollen district as Jean-Baptiste Frédéric Isidor Thielemans, played alongside greats such as Miles Davis, Ella Fitzgerald, and Frank Sinatra. The Culture Trip presents a list of iconic songs by the artist widely recognized as one of the world’s most gifted harmonica players.

One of the most well-known tunes in Toots’ repertoire and a major commercial hit, the jazz standard ‘Bluesette’ shows off Toots’ mean whistling skills while he simultaneously plays the guitar. The musician would later say about his famed composition: ‘It happened to me. You don’t write a song like ‘Bluesette.” In typical kindhearted style, Toots credited one of his jazz heroes, the French violinist Stephane Grappelli, with giving him the inspiration for the song while the two shared a dressing room before a concert.

The 60’s classic ‘Midnight Cowboy’ marked one of Toots’ first forays into the world of movie soundtracks, and it certainly wouldn’t be his last. While his signature sound on the chromatic harmonica is in great part responsible for the theme’s melancholy qualities, you’ll only hear Toots playing while watching the movie itself. The soundtrack album that was released featured another harmonica great, the Canadian-born Tommy Reilly.

From the big silver screen to a big yellow bird – Toots’ harmonic stylings can be heard in the closing credits of beloved children’s show Sesame Street for the last four consecutive decades now. While his name is mostly hailed in the jazz milieu, families in living rooms across the world have been introduced to his genius in a way they’d never expect.

In the 80s and 90s, Toots posits proof of enormous flexibility by performing with the crème de la crème of Brazilian musicians and creating a compelling mix of jazz and Latin-American ballads that results in the critically acclaimed album The Brasil Project. In ‘Coração Vagabundo,‘ performed here with composer and vocalist Caetano Veloso, Toots beautifully meshes with the singer’s lived-through performance by pulling out his bluesiest side.

In the follow-up to The Brasil Project, Toots again whips out an arsenal of Brazilian classics, all reworked in close collaboration with their original performers. One of the standout re-imaginings, this time, is Milton Nascimento’s emotional ‘Fruta Boa.’

A testament of just how moving Toots’ playing could get, his harmonica versions of undying classics such as Edith Piaf’s ‘La Vie en Rose’ and John Lennon’s ‘Imagine’ never fail to hit a cord. It is fitting that the most breathtaking of all is his rendition of ‘Ne me quitte pas,’ the immortal ballad of Jacques Brel, perhaps the only Belgian musician to equal Toots’ international fame. His 2009 performance at Jazz Middelheim – the Belgian festival Toots always kept returning to – is met by a thundering applause from the crowd that has clearly never stopped considering the Brussels ‘ketje’ (kid) one of their own.

In 2012, in celebration of his 90th birthday, Toots performs Charlie Chaplin’s ‘Smile’ at New York’s Lincoln Center, every inch of him still radiating jazz virtuoso.