The History Of The Belgian Comic Strip Center In 1 Minute 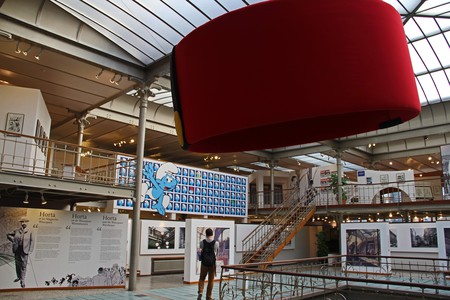 The building is one of Victor Horta‘s masterpieces, but on the inside a whole different kind of art is exhibited. Belgium has its fair share of original comic books and reading them is the perfect way to get in touch with Belgian culture. And what better place to get acquainted than the very museum that’s dedicated to them.

There are plenty of reasons to adore the Comic Strip Center: its beautiful Art Nouveau setting, the detailed information you get about comic books, and a library with over 3,000 albums to go and read the day away. Called ‘the ninth art’ in Belgium, a quick look around the place will make it obvious that the country loves its two-dimensional heroes. In fact, Belgium has more comic book artists per square kilometer than any other country in the world. Where this love comes from is unclear, but the comic culture is here to stay. 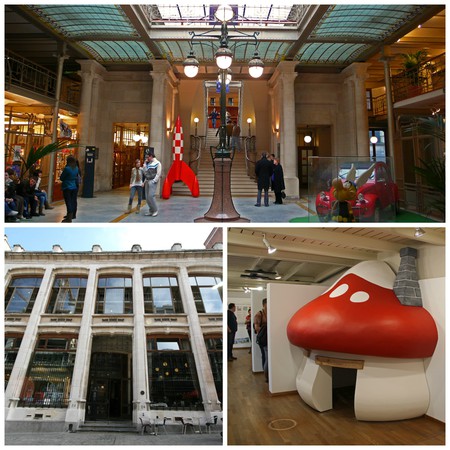 You might know some of the Belgian comic book heroes already, like Tintin, the Smurfs – les Schtroumpfs in the original French – and Lucky Luke, the loneliest do-gooder cowboy of them all. Every single one is celebrated in the Comics Art Museum that opened its doors in 1989. Permanent exhibitions explore how the comic strip originated and the difference in the many European genres, while special attention is paid to early champions like Hergé (father of Tintin) and Peyo (father of the Smurfs).

The pièce de résistance are the pages that contain the very first appearance of the Smurfs. Few know that before getting their own comic book, the amusing blue dwarves showed up in a 1958 album of Peyo’s successful series Johan and Pirlouit, about a valiant knight and his rather annoying sidekick. After yelling at them for almost being stepped upon, a smurf takes the pair back to his mushroom-house village. Reading audiences fell in love with the odd little creatures and the rest, as they say, is Smurf history.