The Eclectic Splendor of Antwerp's Cogels-Osylei

Cogels-Osylei | © Dave Van Laere / Visit Antwerp
For a residential street so luscious and historic, Antwerp’s Cogels-Osylei has managed to stay under the international radar surprisingly well. Perhaps it’s the hard-to-describe clashing of styles from Art Nouveau to Tudor, or it may be that its old school feel simply gets drowned out in the hectic hum of the modern city known as Belgium’s ‘capital of cool‘. However, the fact remains: the Cogels-Osylei leaves many visitors with their mouths wide open in amazement.

If there’s a Belgian street that calls for a saunter rather than a jog, it’s this architectural phenomenon on the southeast edge of Antwerp’s city core. With gem after gem of late 19th and early 20th-century mansions, strolling down the most ornate street in the already dandy Zurenborg neighborhood is not unlike walking through an open-air architectural museum. 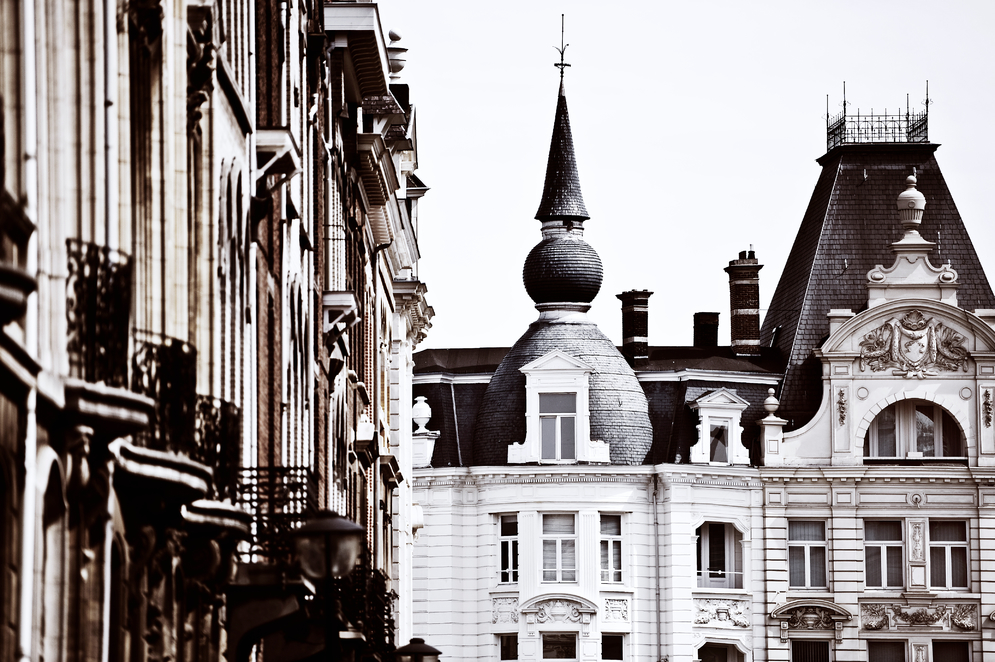 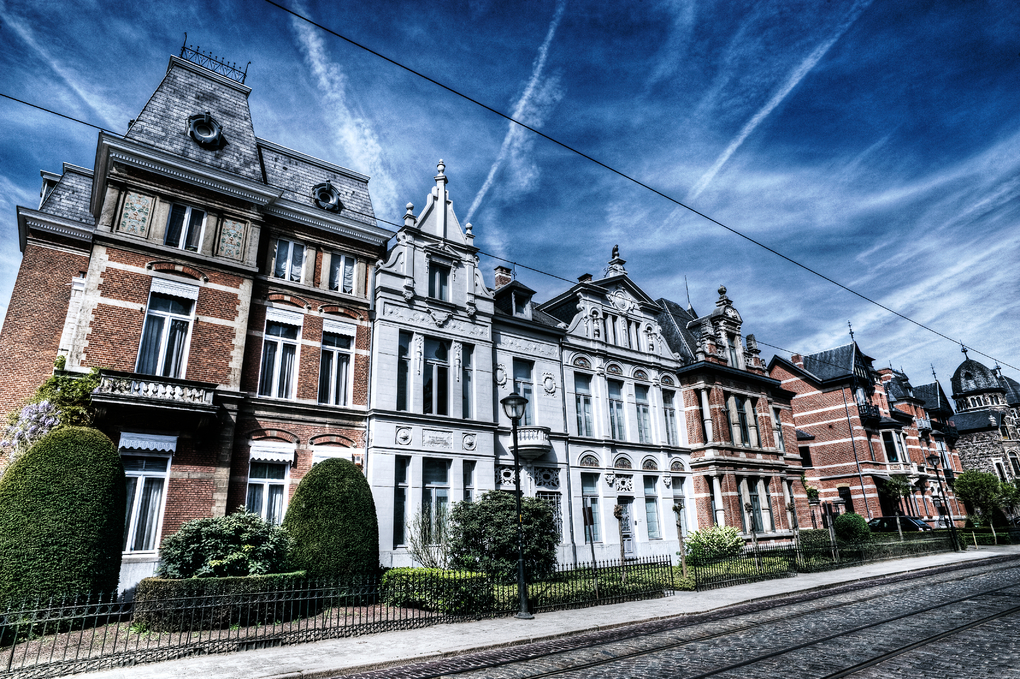 With nearly all of the villas having been created between 1894 and 1908, the day’s most prestigious architects conjured up blasts from the past for their well-off clients. The Belle Epoque encouraged its elite to aim for eclectic splendor: Art Nouveau, Neo-Gothic, neoclassical and Tudor are all in heavy supply. This panoply of eclecticism (and its surprisingly homogenous overall look) is only broken up by three modern homes that arrived before the street’s protected status as urban landscape did in the early 80s. 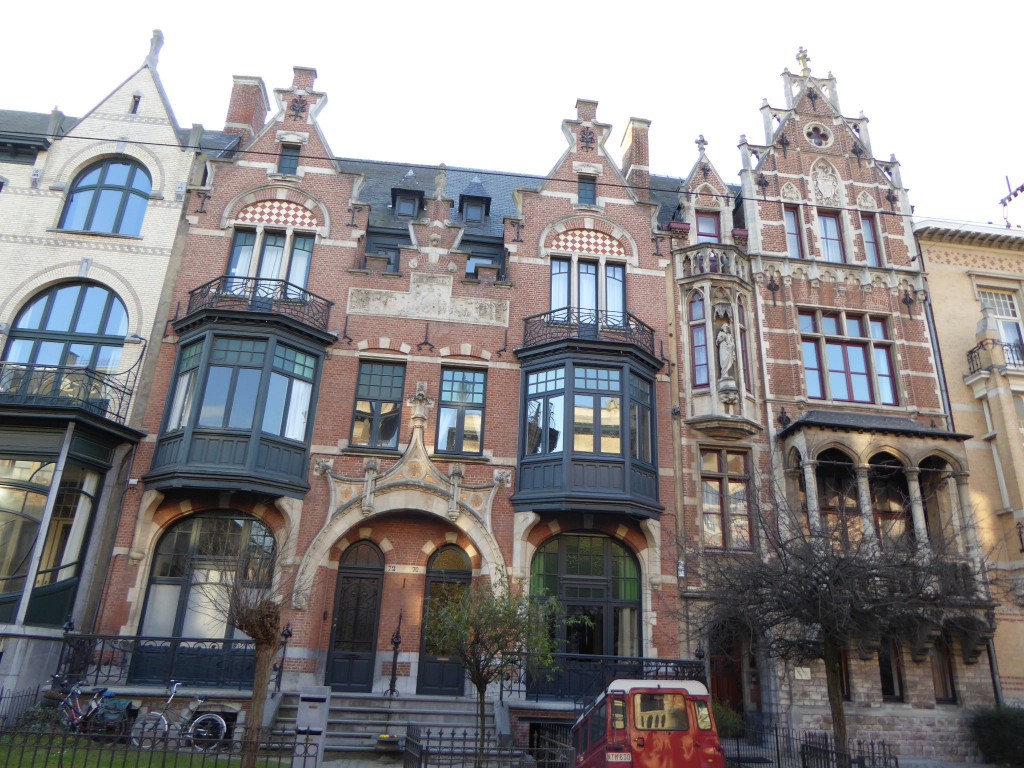 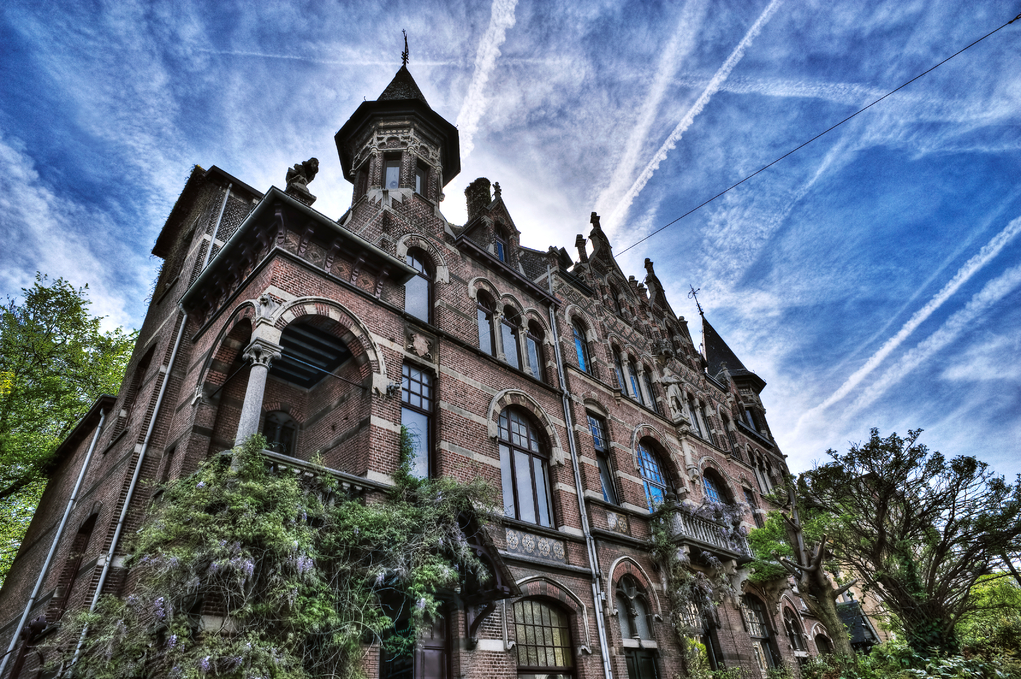 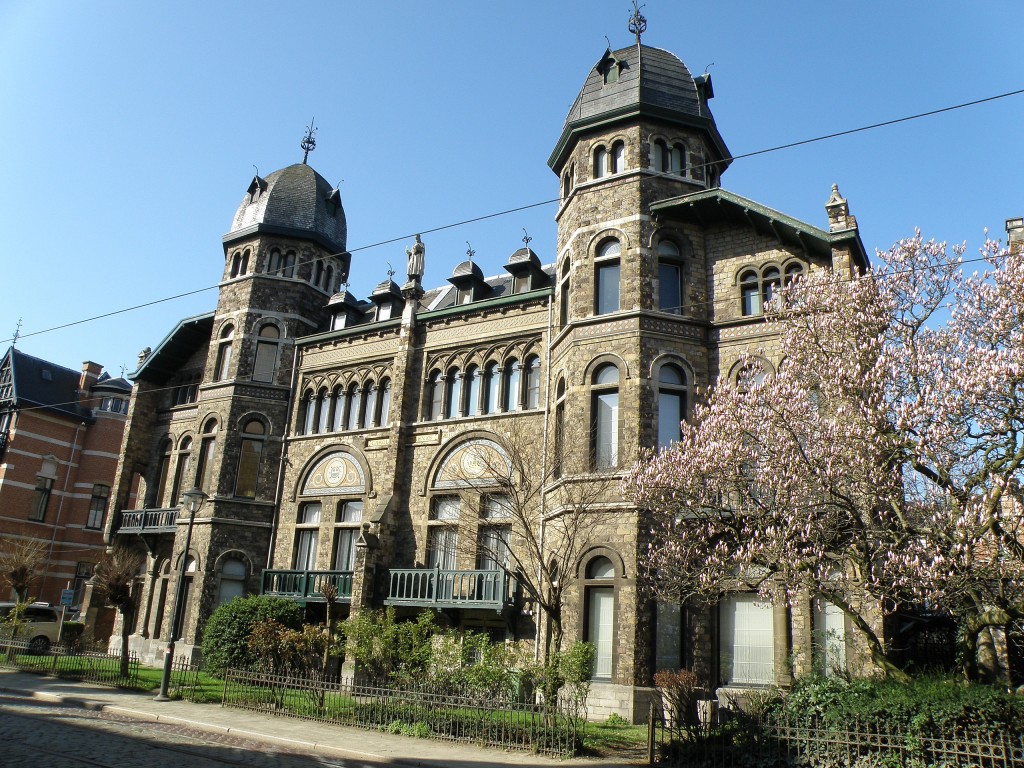 Completely lost amid the whole revival hodgepodge is number 86, a simple building now housing a pharmacy, and, more notoriously, the awkward double act that resides at numbers 29-31. The latter replaces a valuable two-part complex called the ‘Mercurius’ and act as a thorn in the eye of many of the streets’ most avid fans. After World War II, the owner received permission to tear down one of the buildings in favor of a small but inconspicuous design, provided that its left twin would receive a similar makeover. That promise went out the window when a white cube by Conix descended on the street, resulting in a clumsy picture that would fit in seamlessly between the pages of popular coffee table book Ugly Belgian Houses. 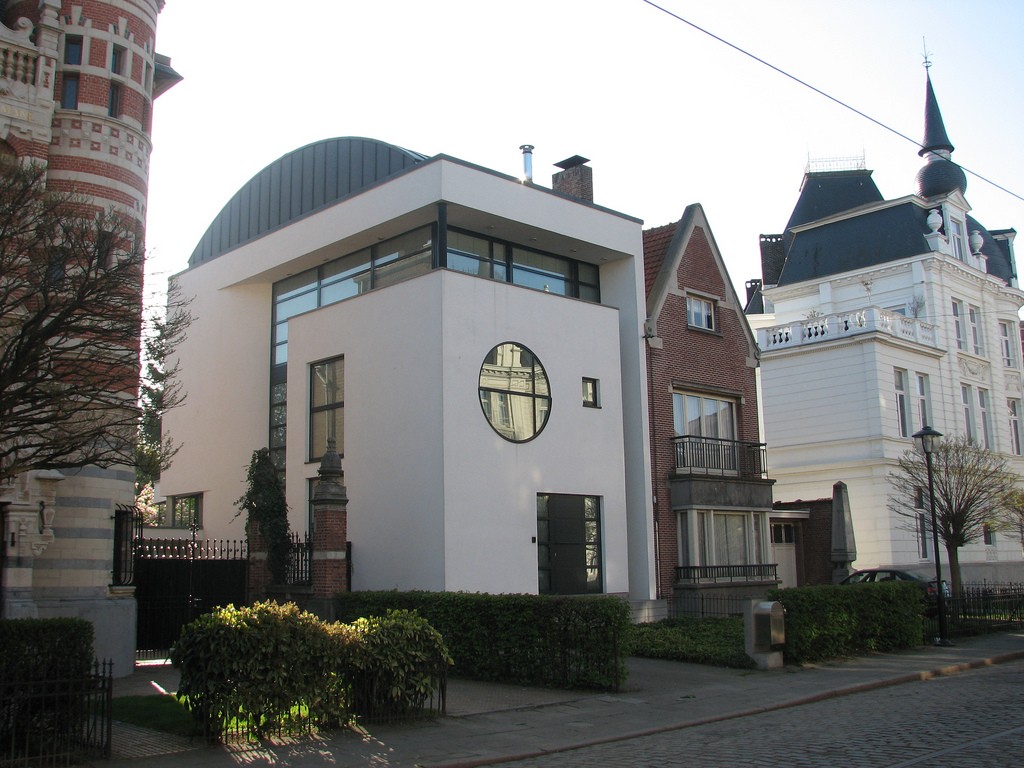 Numbers 29 and 31, two of only three houses on the Cogels-Osylei that don’t date back to the turn of the century | © Stipo team for urban development/Flickr 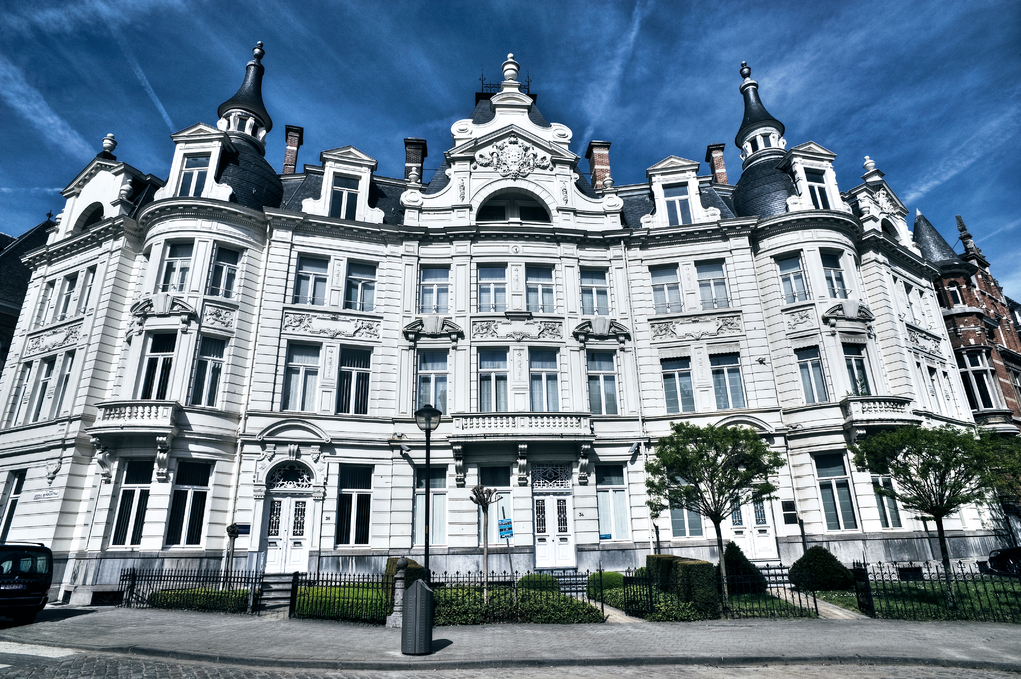 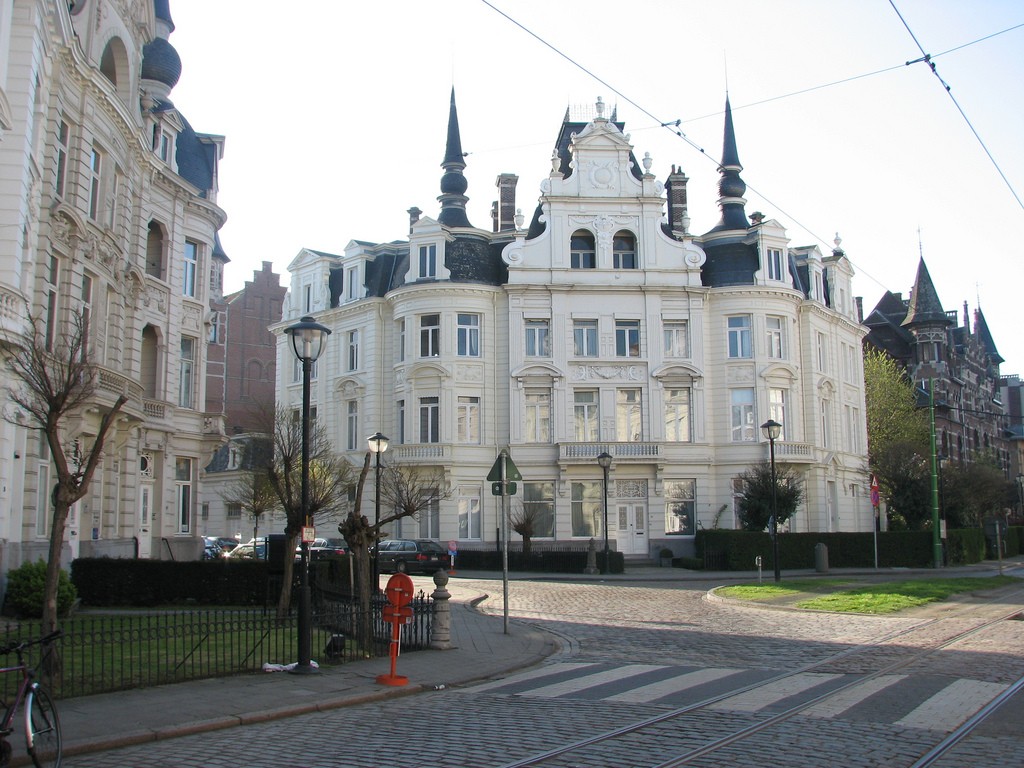 Further adding character to the ornate avenue are each villa’s small and well-kept gardens, complete with wrought-iron fences and the occasional cherry tree. Of course, the classic lamp posts, a few slant parking spaces, an abundance of bikes and the poetic names given to most townhouses – think ‘the Sundial’, ‘the Morning Star’ and ‘the Cloverleaf’ – don’t hurt, either. Just when things seem picture perfect, a prolonged presence at the boulevard reveals a slightly less charming side; the bus and tram lines regularly charging down the cobblestone lane make quite the rumble. The loud, passing transit is a nuisance that the local residents are forced to live with, but hardly prevents an enthusiast of architecture – or a lover of eclectic beauty – from staring. 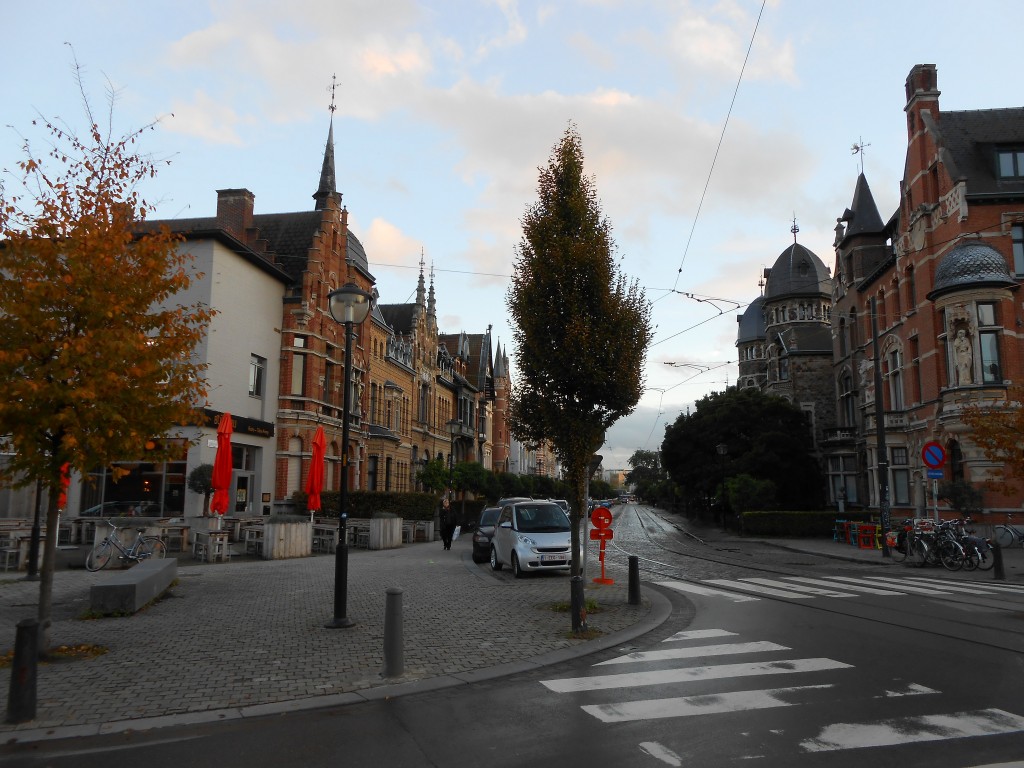 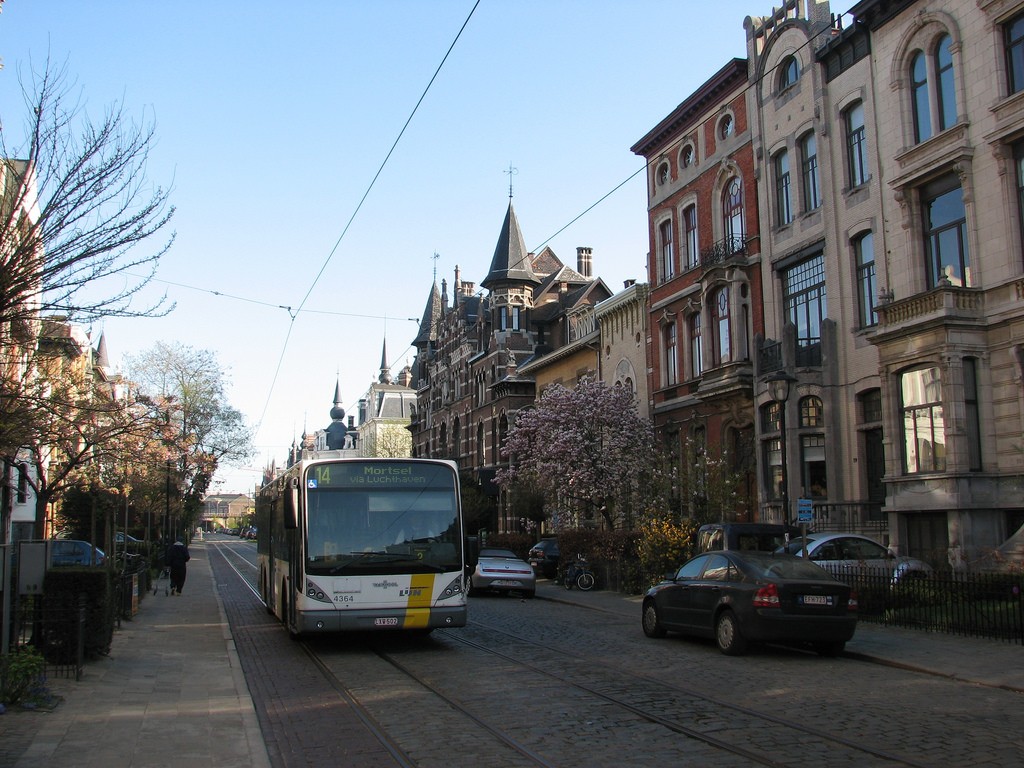