The Broken Circle Breakdown: The Film That Brought Bluegrass To Belgium 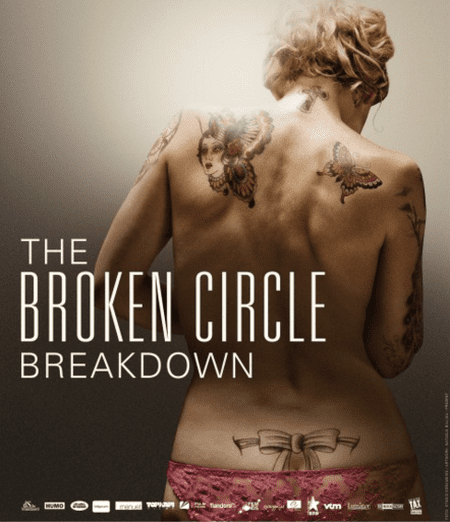 If there’s something the average Belgian isn’t born with, it’s probably country music in his or her genes. Yet, Felix Van Groeningen’s Academy Award-nominated The Broken Circle Breakdown (2012) struck the country’s musical nerve all the same. The soundtrack of the film – a mix of old country classics with newly written melodies – proved a huge hit with Flemish audiences.

As the story of new lovebirds Didier and Elise unfolds and grief becomes part of their narrative, the bluegrass songs with their heartfelt lyrics, coupled with the passion shown by the actors, lend the film an air of profound authenticity. The music later took on a life of its own as The Broken Circle Bluegrass Band, or BCBB, began performing regularly throughout the country until the end of 2015. With leading actors Johan Heldenbergh and Veerle Baetens at the microphones, guided by the steady hand of composer and bandleader Bjorn Eriksson, Belgium found itself drawn to a genre previously overlooked.

‘The Boy Who Wouldn’t Hoe Corn’

Heldenbergh’s voice starts off this classic American song about the rejection of a young farmer on a fragile note: just him and the plucking of a guitar. After a while, he is joined by Veerle Baetens, almost whispering the words with him, before the melody soon explodes into a full hoe down fest with a banjo, mandolin, violin and bass giving it their all.

Another classic whose origins remain unknown, ‘Wayfaring Stranger’ has been covered by the likes of Johnny Cash, Emmylou Harris, even Ed Sheeran. Yet, Veerle Baeten’s soul-stirring rendition for The Broken Circle Breakdown is right up there with the best of them. ‘I’m going there to see my Father, and all my loved ones who’ve gone on,’ Elise sings hauntingly after losing her daughter Maybelle to cancer.

‘Country In My Genes’

‘I’ve got country in my genes, country in my blood.’ For most Belgians these lyrics would ring pretty false. Notable exception is Johan Heldenbergh, whose beard, singlet and whole being have breathed country ever since he co-wrote the original play the film is based on. His infectious passion for the genre would end up igniting a bluegrass fire not only in Veerle Baetens’ heart, but in that of Flanders as well. The band’s version of Loretta Lynn’s original is one of the cheeriest songs on the soundtrack, guaranteeing a good amount of clapping, hooting and whistling during live shows.

Where Are You Heading, Tumbleweed?

Despite the American imagery evoked by its title (there are no tumbleweeds regularly flying across Belgian fields as of yet), this entirely instrumental track is the work of Flemish musician Bjorn Eriksson. Born with at least some country in his blood, Eriksson was requested by Felix Van Groeningen in 2010 to fill out the soundtrack of his film with original melodies. Using autoharp, ukulele and about three different types of guitars, he creates a nostalgic sound often resembling gusts of wind. Eriksson – mustachioed half of the most country couple in Belgium, as the husband of Nathalie Delcroix with whom he recently released the country record For Ever – composed other songs for the occasion, including ‘Dusty Mixed Feelings’ and ‘Carved Tree Inn.’

‘If I Needed You’

Townes Van Zandt’s tender request for someone to ‘ease the pain’ almost punches you in the chest with compassion when sung in simple harmony by Elise and Didier. The couple’s duet highlights their struggle to comfort each other in the face of unbearable grief. As their biggest hit, BCBB’s ‘If I Needed You’ incited a number of emotional sing-alongs on tour.

A delightful fiddle tune if there ever was one, ‘Rueben’s Train’ adds an at times much-needed lighthearted note to the soundtrack. The brunt of life encapsulated in the lyrics of bluegrass gets some relief through the musical buoyancy only incredibly skilled musicians can deliver. A similarly spirited melody on the soundtrack is ‘Blackberry Blossom.’