The 10 Best Music Venues In Brussels

The Ancienne Belgique or 'AB' | © milow kl/Courtesy of AB
With Brussels being a hotbed of variety, its music scene was always meant to be a particularly vibrant one. While cultural temples Bozar and Flagey take care of the classically inclined, Le Botanique and Ancienne Belgique appeal with names of the domestic and internationally renowned. Promising indie artists are lifted up at VK and Recyclart, while experimentalists find a home at Les Ateliers Claus and Magasin 4.

Still the home of a beautiful botanical garden, Le Botanique was originally built to house the exotic plants of the Société Royale d’Horticulture, a small plant-collecting elite, and later became the National Botanic Garden. With the transformation into the Cultural Center for the French-speaking community in 1984 came one of the most vibrant concert hubs in Brussels. Besides exposition rooms and a museum, the place has three music halls, the magnificent Orangery being the biggest with a capacity of 700 people. The circular ‘Rotondo’ and ‘Witloof Bar’ – named after the chicory that was invented here during the venue’s botanical heydays – are ideally suited for intimate performances and talented young bands who’ve come to try out their stuff on the Brussels crowd. 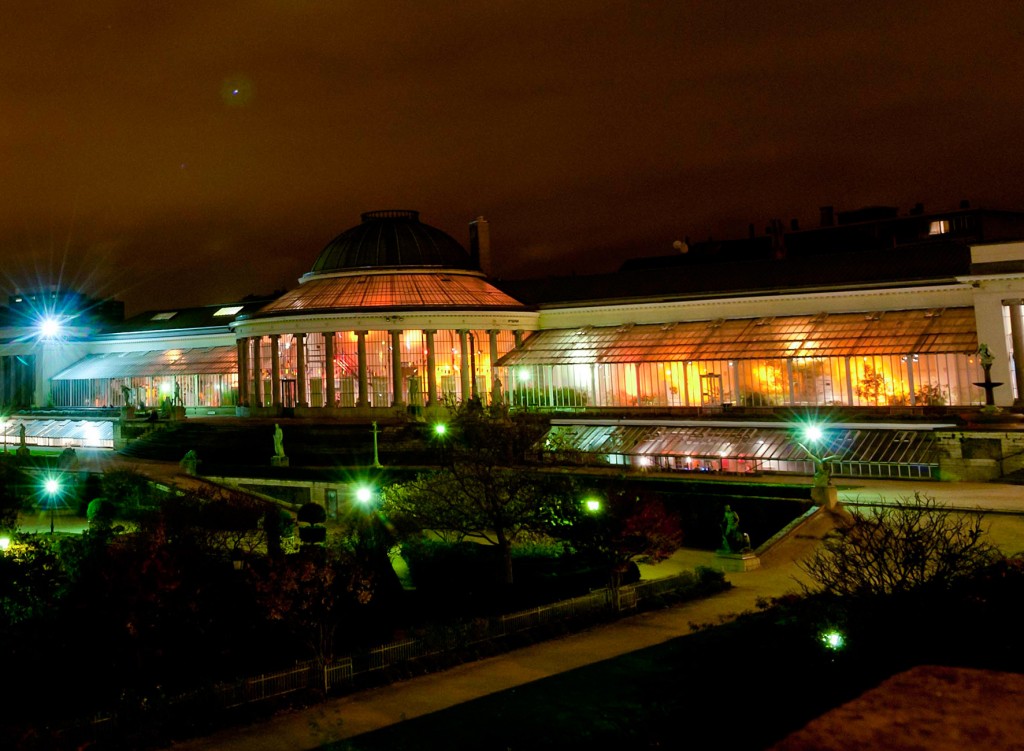 Concert Hall
The Flemish counterpart to Le Botanique, the Ancienne Belgique‘s – ‘de AB’ for short – mission is to provide the Flemish-speaking community with the best of live contemporary music. The AB has been drawing in big names and big crowds for decades. Edith Piaf sang here at the same time that Jacques Brel was a regular. Belgian audiences first got to know names such as The White Stripes, Black Eyed Peas, Editors, and MGMT – all up-and-coming at the time – in AB’s ‘Club,’ while the ‘Main Hall,’ with its signature red galleries, has always boasted the established heroes of today’s pop and rock music scene. During summer, the leading concert hall ventures outside with free park festivals Feërieën and Boterhammen in Het Park.
Find places to stay with our partner, Hotels.com
Looks like it's closed Hours or services may be impacted due to Covid-19
More Info
Open In Google Maps
110 Boulevard Anspach, Bruxelles, Bruxelles, 1000, Belgium
+3225482484
View menu
Visit website
Visit Facebook page
Send an Email
Give us feedback

Bar, Belgian
Its graffitied façade and location in an old railway station make it clear upon first glance: bilingual Recyclart has no desire to attract the mainstream. What the non-profit organization does desire is art for all, which is why you’ll find a myriad of art forms here, and tickets won’t cost you an arm and a leg. Music acts performing at the underground venue are noted for showcasing local talent and veer towards the electronic and the alternative.
Looks like it's closed Hours or services may be impacted due to Covid-19
More Info
Open In Google Maps
15, 13 Manchesterstraat, Sint-Jans-Molenbeek, Brussels Hoofdstedelijk Gewest, 1080, Belgium
+3225025734
View menu
Visit website
Visit Facebook page
Send an Email
Give us feedback

Theater
Famed for its world-class acoustics – the award-winning soundtrack for the silent movie The Artist was recorded in its Studio 4 – Flagey tends to host concerts of the classical kind. The steamboat-shaped Art Deco building used to be the home to the national public broadcasting company, though the Brussels Philharmonic gets that honor now. Setting the tone for the musical proceedings throughout the season is the Queen Elisabeth Competition, a prestigious affair honoring the best classically schooled musicians.
Looks like it's closed Hours or services may be impacted due to Covid-19
More Info
Open In Google Maps
Place Sainte-Croix, Bruxelles, Bruxelles, 1050, Belgium
+3226411020
View menu
Visit website
Visit Facebook page
Send an Email
Give us feedback

Music Venue, Theater
Two separate houses with red doors and windows on the outside, one anarchistic music venue on the inside – that’s Les Ateliers Claus. Frans Claus brought a gust of fresh air to Brussels when he moved here from Ghent to give the city’s experimentalists a podium to rock on. Over the span of a decade, Les Ateliers Claus has become a household name in the capital for its cutting-edge programming, its relaxed look, and its cool living room vibe.
Looks like it's closed Hours or services may be impacted due to Covid-19
More Info
Open In Google Maps
15 Rue Crickx, Saint-Gilles, Bruxelles, 1060, Belgium
+3225345103
View menu
Visit website
Visit Facebook page
Send an Email
Give us feedback

Theater
The Beursschouwburg's rooftop terrace | © Bram Tack/courtesy of Beursschouwburg
With an identity as hard to pin down as that of its millennial visitors, the Beursschouwburg covers everything from breakfast debates to contemporary dance to Serbian theater and abstract performance art. Banished to the roof top terrace by noise-sensitive neighbors is its musical terrace. Complaining neighbors turned out to be a blessing in disguise as international up-and-comers now perform in an oft-sold-out, casual roof concert with an outdoor bar at hand.
Find places to stay with our partner, Hotels.com
More Info
Open In Google Maps
28, 20 Auguste Ortsstraat, Brussel, Brussels Hoofdstedelijk Gewest, 1000, Belgium
+3225500350
View menu
Visit website
Visit Facebook page
Send an Email
Give us feedback

At one moment, this cultural mastodon in the heart of Brussels is hosting a classical trio honoring the flute melodies of Claude Debussy, and the next, it’s organizing its annual Electronic Arts Festival. Bozar’s Henry le Boeuf Hall seats up to 2,200 people in its velvety chairs, making it an ideal stage to the world’s foremost orchestras as well as for the screenings of the cinematic masterpieces of yesteryear – with accompanying live music, like they were meant to be watched. 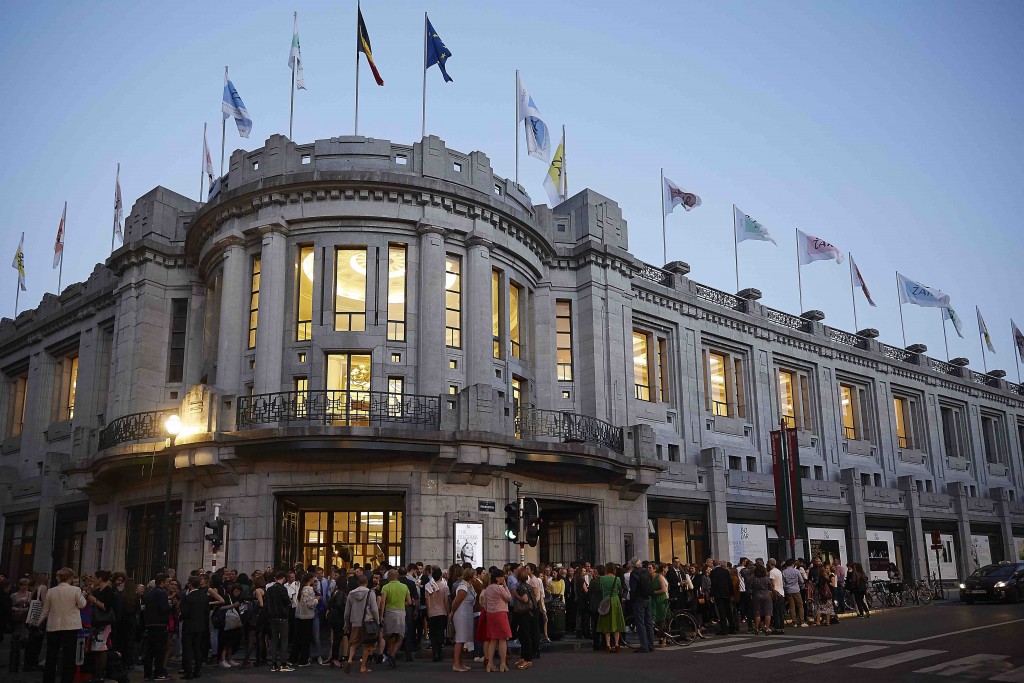 The repurposing of industrial warehouses by Brussels’ canal side has brought forth extraordinary results before – just think of Tour & Taxis or the Foodmet. Magasin 4 is no exception. Dedicated to shining a spotlight on unknown talents from the hardcore and new wave variety, this venue invites all musicians to send in their CDs for a spot in the lineup (which is sometimes boosted by bigger names as well). A trip down to the docks might just yield you a delightful discovery.

Concert Hall, Music Venue
Part of ‘de Vaartkapoen,’ Molenbeek’s community center, concert hall VK’s reputation has spread far and wide thanks to its uncanny ability to predict which bands will be the ones to watch in the future. It’s no coincidence that Rage Against The Machine’s first Belgian performance took place in this small cultural center, nor is it that after 25 years, it’s still attracting the most coveted up-and-coming artists. For the last couple of years, the venue that fits 6,000 spectators has been focusing not only on garage rock but also reggae, dub, hip-hop, and electronic.
More Info
Open In Google Maps
13 Rue de Manchester, Molenbeek-Saint-Jean, Bruxelles, 1080, Belgium
+3224130410
View menu
Visit website
Visit Facebook page
Send an Email
Give us feedback

Music Venue
Enlisted by Le Botanique for some of its larger shows, Cirque Royal earned its stripes in the 19th century as the home to Brussels’ permanent circus. Though the zoo of animals and pool option (the stage was built so it could be filled with water) have since disappeared, the lush Cirque Royal remains a go-to spot for spectacles and big shows thanks to its circular auditorium.
Find places to stay with our partner, Hotels.com
Looks like it's closed Hours or services may be impacted due to Covid-19
More Info
Open In Google Maps
81 Rue de l'Enseignement, Bruxelles, Bruxelles, 1000, Belgium
View menu
Visit website
Visit Facebook page
Send an Email
Give us feedback
Give us feedback