Street art has quite a unique affinity with Belgium, as there are many murals to be admired among the main metropolises in the country. But how much do we really know about the artists behind these fantastic creations? We take a look at the one of Belgium’s creators whose work is becoming more recognizable, Bart Smeets – also known as Smates – who is the artist behind a number of great wall paintings that can be found in Belgium, Malta and Russia. 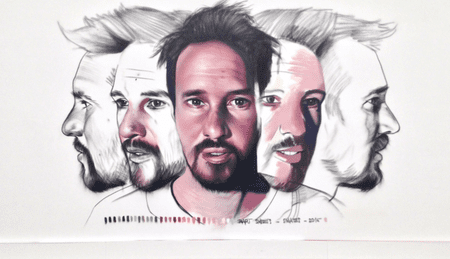 When did your passion for art begin?

I started drawing since I was a little boy. I made my own comic books and wanted to become a comic book artist.

How did you choose street art as your medium?

I started with graffiti at the age of 16-17 when I started to go to Sint-Lukas Brussels, an art school. I met a guy called Serge who was a graffiti artist and I started painting with him. I painted for about four years I think and then stopped. In 2009 I met a guy, Peter, at a party and started again with graffiti thanks to him. Now seven years later it became my job. 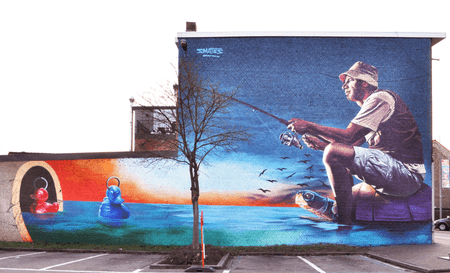 From your perspective, how you do describe the street art culture in Belgium?

I think it’s very active. We have some big festivals, cities starting to integrate street art, etc. Every year there are street art festivals and jams. People are starting to realize that graffiti/street art can be something beautiful and powerful.

What is the inspiration behind your work, in particular the murals you design?

Simply, an image that I like with a good concept. I like painting people and animals. I’m still thinking a lot about which direction I will follow; still searching and testing stuff.

What are the main themes you touch upon in your work?

Mostly animals and people. Things that are alive. For me these are the most fun to paint. 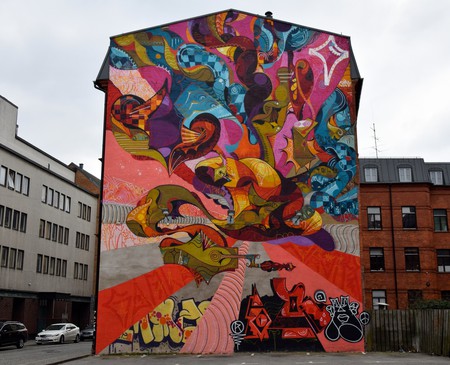 Among your works, do you have a favorite?

I still really like the shark I did in Brussels. It became quite popular and it was an idea I really liked and I got the effect I was aiming for.

What advice would you give to those interested in experimenting with street art?
Just do it and do it a lot if you really love it. In the beginning it was really hard and frustrating for me. But I started to learn more and more, and I began to understand how to build up an image. Now the can is the ideal tool for me. But I would love to learn how to paint with oil paint. So that’s also on the agenda. 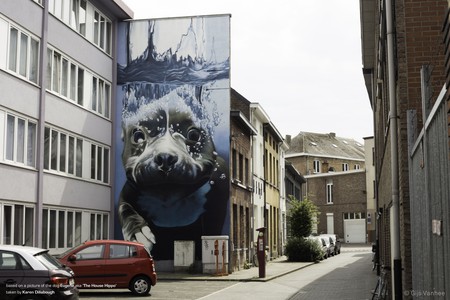 Would you like to collaborate in the future with another street artist?

Yes of course, it would be nice to make one big mural with an international artist(s) I really admire. Steve Locatelli is a colleague/friend with whom I paint walls together. We did a big wall in Milan and next up we’re going to paint a big wall in Ostend for the street art festival, ‘The Crystal Ship.’ For the moment, we are making canvasses together for an upcoming expo. It’s really cool to make something with two people. You have to trust each other and the final result is something you never could have done alone.

Is there a specific place (country/city/neighborhood/building/spot) where you would love to paint?

Berlin. Some really big walls of companies next to the highways in Belgium, New York … 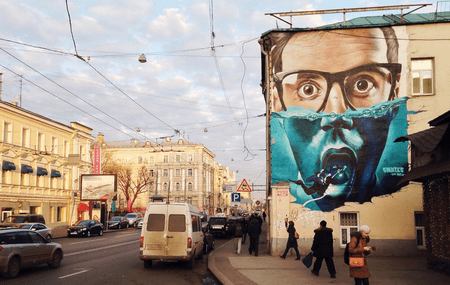 What’s next for your career?
I’m just going to try keep on going like I’m doing right now, and hopefully people contact me more to paint personal work and really big walls. I also paint for a living, so I do a lot of commercial jobs.