Ostend is Converting an Abandoned Hangar into a 'Mega Brothel' 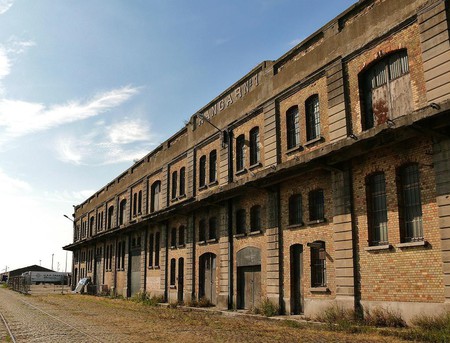 The Belgian seaside town of Ostend is getting what local media have dubbed a ‘mega brothel’. A derelict hangar called Hangaar 1 in the Ostend harbour has been acquired by a project developer who will turn the massive space into an adult entertainment building, with around 50 windows for prostitutes. The plan has been years in the making and will also include a brewery, office space and a restaurant.

The new concept will be called Hangar d’Amour, which means Hangar of Love in French. Hazegras, the current red-light district in Ostend, will be closed and all workers will be moved to Hangar d’Amour. Mayor Johan Vande Lanotte insists prostitution in Ostend will not increase, but will only move and become more centralised. The police will also get an office in Hangar d’Amour so they can quickly intervene in case of problems.

“The current prostitution district is run-down and needs an upgrade,” the mayor told local TV station Focus WTV. “We need to organise window prostitution in a better way and we feel this can be done by cutting out the middle man and letting the women rent their windows directly from the building owner.” 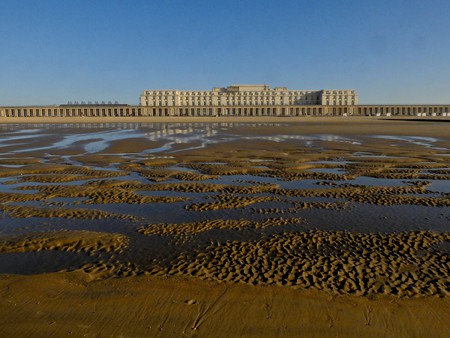 View on Oostende beach from the sea. | © Daniel De Kievith

Prostitution is legal in Belgium and research done by Leuven University in 2015 concluded that Belgian men spend roughly 860 million euros on prostitution each year. A third of that amount is spent on prostitutes who rent a window to sit in and advertise themselves, which is the type of prostitution that will be utilised in Hangar d’Amour. According to government statistics from 2015, there are 26,000 prostitutes in Belgium, an estimated eight out of 10 of those women are the victims of human trafficking or are otherwise actively being exploited. 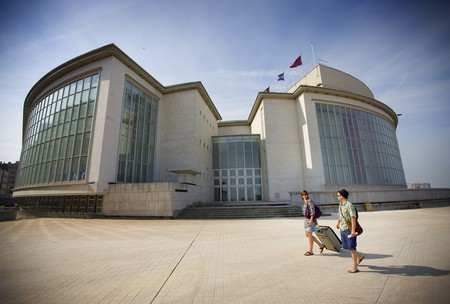 The casino in Oostende. | © Westtoer

The municipality of Ostend is expected to gain 35,000 euros each year for the duration of 27 years with the lease of the hangar, a move some have criticised as “the government making money off of prostitution”. Non-profit group Oostendse Oosteroever would rather see the industrial building converted into a museum or aquarium.

The massive structure standing on the edge of the harbour is nowadays occasionally used for parties, but the building is in need of quite a bit of maintenance. The new owners of the building – who also own a brothel in Antwerp called Villa Tinto – are bound by Belgian law to maintain the historical facade of the hangar and keep it in good condition. According to Flemish public broadcaster VRT, the renovations to the hangar will cost around 10 million euros. Hangar d’Amour is set to open in two years.