How To Spend A Weekend In Antwerp 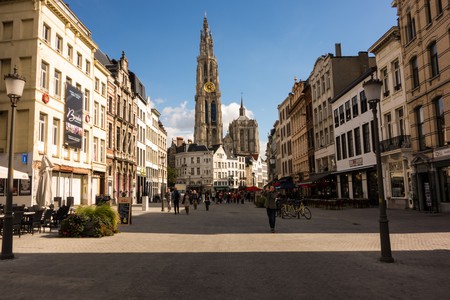 Weekend days are well spent in the port city of Antwerp, with its abundance of cozy coffee places, immersive museums, and stylish reputation. Here’s your weekend guide to Belgium’s paradise of cool.

Traveling from Brussels National Airport by train is one of the easiest ways to get to the center of Antwerp and has the added benefit of arriving in what’s deemed one of the world’s most beautiful railway stations. The four-tiered mammoth station is designed as a collision between past and future, featuring a playful, architectural mix of glass, steel and Roman Pantheon influences. For those who prefer driving, there are free car parks known as ‘Park & Rides’ on the edge of town where you can park and further make your way into the city center by tram or bus. 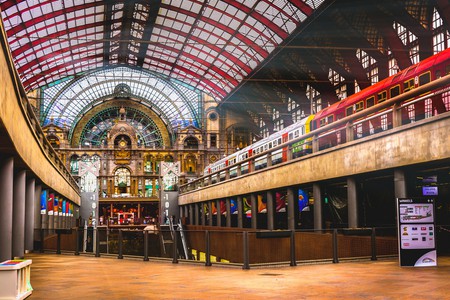 Antwerp loves its folklore, and there’s no place better to start exploring its wacky legends than a 14th-century fortress by the river Schelde. ‘T Steen is guarded by a statue of Lange Wapper, a mean water ghoul that would scare the bejesus out of sailors coming out of the pubs at night. Another legendary fellow can be found in front of City Hall. There, Roman soldier Brabo is flinging the hand of cruel giant Antigoon into the river after saving Antwerp from this tormenter, thereby baptizing the city (‘throwing a hand’ in Dutch is ‘hand werpen’). That the Schelde is embedded in Antwerp’s DNA becomes even more clear at the MAS museum, a Lego-like structure with undulating glass that explores the city’s history and boasts a top-notch panorama from its accessible rooftop. Also close is the newish and impressive Red Star Line Museum, providing immersive insights into the journey of the three million immigrants who crossed the Atlantic on this historic shipping line. 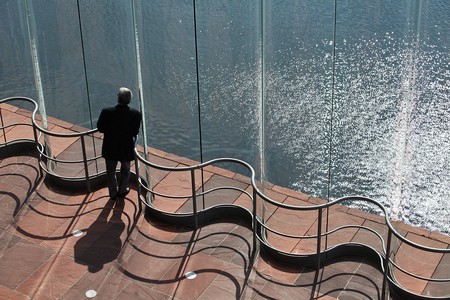 Both museums are situated at ‘t Eilandje, a harbor neighborhood that’s been subject to a wave of gentrification in the last five years. Helping transform the area are the Born in Antwerp art festival, trendy eateries, a buzzing nightlife, and cozy coffee bars such as Broer Bretel. Speaking of the black gold, Antwerp has the largest storage of coffee beans in the world, and that’s no surprise looking at the sheer volume and general stellar quality of the port city’s coffee bars. On your caffeine route, include barista heaven Caffènation, slow-brew paradise Normo, and Kolonel Koffie with its lovely terrace on the Kroonplaats. Delighting the Antwerp hipster even more so are its vinyl record stores, from Wally’s Groove World (run by DJ Koenie, pioneer of the Belgian house scene in the 90s) to Tune-Up Records, located above an international magazine store. Coffee & Vinyl even combines the best of both worlds. 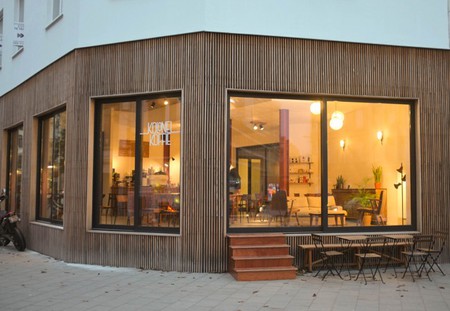 Also tied into Antwerp’s identity is its feel for fashion, represented by the MoMu fashion museum as well as the plentiful boutiques and the Nationalestraat, which is dotted with the flagship stores of famed Belgian designers such as Antwerp Six member Dries Van Noten. Fans of the Old Masters can pay a visit to Pieter Paul Rubens’ Italian-style house museum and the Museum Fritz Mayer Van Den Bergh, where you’ll find one of Bruegel the Elder’s foremost masterpieces, Dulle Griet. Enthusiasts of the written word should pop by the Plantin Moretus Museum, a former prolific publishing house whose importance in the early days of printing can’t be overestimated and is now the proud keeper of precious manuscripts and the world’s oldest printing press. The best of the moving image can be admired at the tiny independent Cartoon’s or Cinema Zuid, located in the FOMU photography museum. 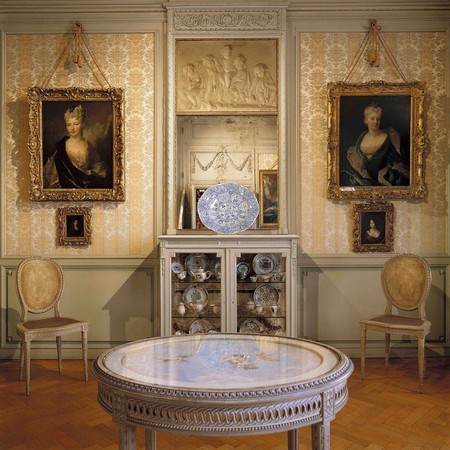 Backpackers and casual travelers unite at Bridget and Greg’s hostel where the homey atmosphere is a strong one. Without big frills but with free coffee and great insider tips from the couple, Antwerp Backpackers Hostel is one for the budget-conscious adventurer that doesn’t mind making friends at an old chocolate factory-turned-jovial hostel. 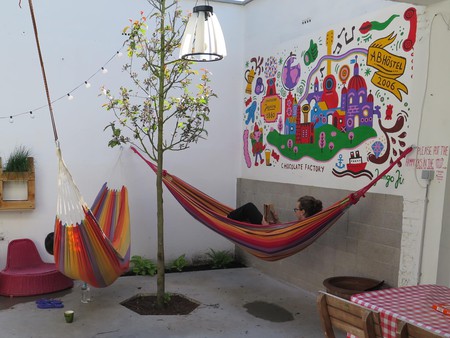 Also marked by a distinctive personal touch, B&B Boulevard Leopold lies a brisk 20-minute walk from the center of town and has tons of character. Common spaces are cluttered in the most pleasing way as books, leather fauteuils, and old school knick-knacks welcome you home. Prices are surprisingly moderate for a place that boasts claw-footed baths and incredibly spacious rooms and apartments. 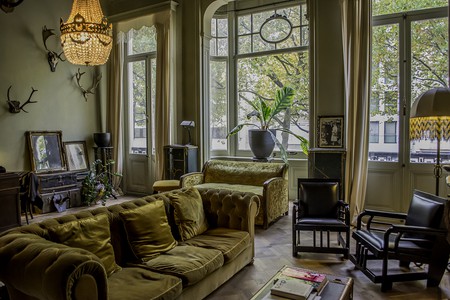 By now it has become clear that Antwerp’s best accommodations tend to keep things small and intimate, and Hotel Julien is no exception. The sleek 21-room hotel likes to profile itself as the ideal designer getaway and has the Eames chairs and indoor photo gallery to back it up. Its central location near the Cathedral of Our Lady is one of its biggest assets, and looking out over the bustling city from its fashionable rooftop terrace is a true joy.

Food is religion at The Jane, where the open kitchen actually has its place atop an altar. Nick Bril and his team can be seen cooking seven- or eight-dish menus from any table on the ground floor of this former chapel-turned-restaurant. Bril and Sergio Herman converted the remarkable venue into a modern food mecca with the help of Piet Boon after three years of brainstorming. The setting is imposing with tattoo-inspired stained-glass windows, a sky-high ceiling, and an immense, abstract chandelier. Dinner at The Jane is a popular experience, so be sure to make your reservation a couple of months before you’re planning to visit.

Make your way through the most stately street in Antwerp – the 19th-century Cogels Osylei – to arrive at Chinese gastronomy. Chef Chuck Tang made a name for himself by bringing contemporary Asian cuisine to the Zurenborg neighborhood with Cuichine. A couple of years ago, Tang and two friends opened up Bar Chine, where you can sample wine, Asian cocktails, and delectable Chinese tapas. 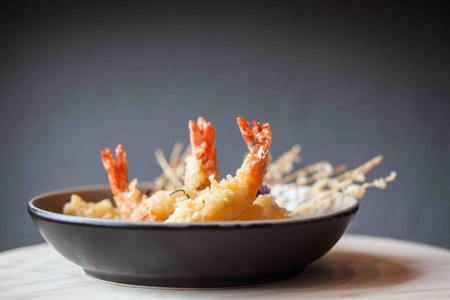 Antwerp is bursting at the seams with hip brunch and lunch places, not in the least the charming Barnini (with recent spin-off Kaffeenini) and the healthy food café Lunchbox. At Coffeelabs, you can sit outside on a rooftop lawn when it’s sunny outside. Also abundantly present are concept brunch bars such as Wasbar (do a load of laundry while filling up on croissants) and STAY (combine good food with fine fashion). Veggie hearts beat for Crumbles&Beans, De broers van Julienne, and Lombardia.