Georges Lemaître: The Belgian Behind The Big Bang Theory 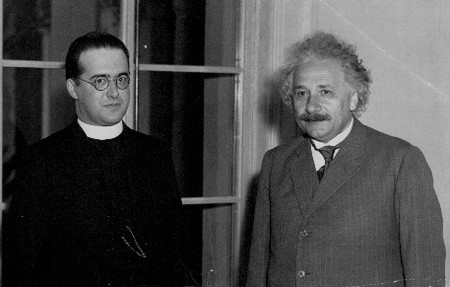 Thanks to popular culture, when most individuals hear the term ‘The Big Bang Theory,’ their thoughts are directed towards a television sitcom, rather than the scientific evidence the name is based upon. While the term, ‘Big Bang’ may be familiar, less well known is the individual behind this extraordinary theory. Georges Lemaître, a Belgian Roman Catholic priest and physicist, would come to revolutionize the scientific world in the early 20th century by successfully refuting Albert Einstein’s theory of a static universe, and instead propose what we know today as the prevailing Big Bang model of cosmology. 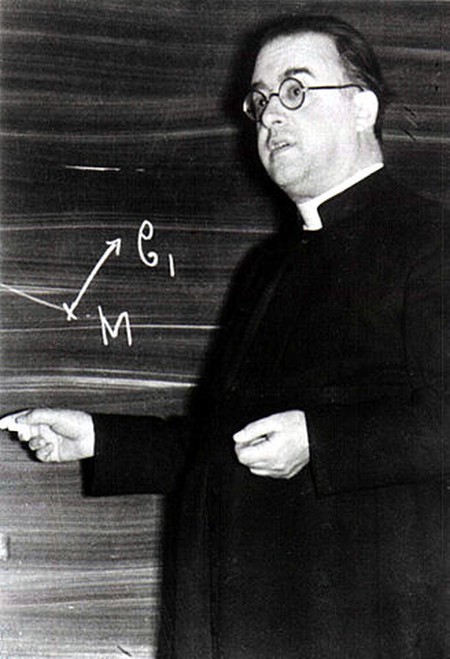 'God cannot be reduced to the role of a scientific hypothesis.', Lemaître used to say / | © WikiCommons

Ever since Galileo Galilei was convicted of heresy in the 17th century, the gap between religion and science has widened. The main discord revolves around the origin of the universe. Religion insists on creationism, the belief that the beginning of the universe is a divine creation. Scientists mostly argue that it was due to a sudden, giant explosion in an empty void, that occured 14 billion years ago. This phenomenon came to be known as the Big Bang, a term sarcastically coined by the physicist Fred Hoyle in a 1949 BBC radio broadcast.

However, unknown to many, the Big Bang theory was developed in 1931 by a Roman Catholic priest from Charleroi, a post-industrial city in Belgium. Georges Lemaître was devoted both to theology and science. In the early 20th century, when the Aristotelian conception of a static and unchanged universe was the mainstream scientific view, he proposed and pursued the model of an expanding universe. In this respect, he was ahead of Albert Einstein, Edwin Hubble and other influential scientists of the time.

Ordained as a priest in 1923, at age 29, and with a PhD in physics from the Massachusetts Institute of Technology, he maintained a passion for science all his life. With the approval of the archbishop of Maline, Desire Mercier, Lemaître went on to research astronomy at the University of Cambridge under the supervision of the prominent British astrophysicist Arthur Eddington. The latter was known for helping promising young scientists step up their scientific availability in the English-speaking world, and bolstered both Albert Einstein’s and Georges Lemaître’s ability to achieve international acclaim. He remembered Lemaître as a ‘very brilliant student, wonderfully quick and clear-sighted, and of great mathematical ability.’

It was in 1933 that Lemaître proposed the Primeval Atom Hypothesis or the ‘Cosmic Egg’―the original names for the Big Bang―to a wider scientific audience at the California Institute of Technology in Pasadena. The theory states that a primordial particle exploded, creating time and space and hence the expansion of the universe. Lemaître was immediately hailed as the Belgian scientist who revolutionized modern cosmology. Einstein agreed, even if a few years earlier he had been reluctant to accept Lemaître’s idea of an evolving universe. At that time, he told Lemaître, ‘Although your calculations are correct, your physics is abominable.’ Einstein later regretted his error, and even recommended the Jesuit priest for the Francqui Prize, the most prestigious Belgian scientific distinction, which King Léopold III awarded it to him in 1934. Lemaître also presided over the Pontifical Science Academy until his death in 1966.

His intellectual development as both a scientist and a priest was a contradiction in itself at a time when science shunned any clerical influence. It was also his greatest strength. Duncan Aikman, a New York Times reporter, who was present when the Belgian cleric presented his idea of the primal atom, concluded: ‘His view is interesting and important not because he is a Catholic priest, not because he is one of the leading mathematical physicists of our time, but because he is both.’ 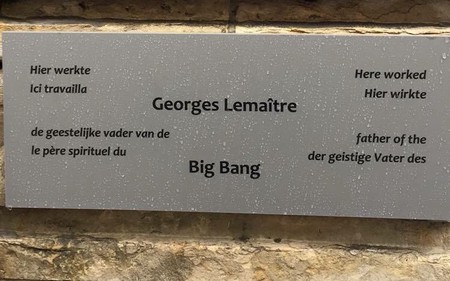 Curiosity definitely contributed to Lemaître’s scientific breakthroughs. In the early 20th century, experimental styles were already present in art and literature. Modernism, a movement that emerged in the late 19th century, encouraged breaking away from rigid conventions and the expression of various types of self-consciousness. Scientific discoveries further enhanced the drive for experimentation. The Belgian painter Paul Delvaux, who was a contemporary of Lemaître, portrayed surrealist dream settings. On the other side of the Atlantic, Jackson Pollock began developing his ‘drip’ technique, laying the foundation for abstract expressionism. His paintings that explode with colours might be the best artistic representation of the Big Bang moment. In fiction, fragmented perspectives and interior monologues replaced the linear narrative. The Belgian dramatist Michel de Ghelderode challenged conventional theatrical forms and marked his works with grotesque figures, spirituality, and sensuality.

As for Lemaître, he continued to delve deeper into science at the Premonstreit College in Leuven and teach physics at Université Catholique de Louivan. In 2014, a commemorative plaque was unveiled in his honour. The inscription in English, French, German and Dutch reads: ‘Here worked Georges Lemaître, the (spiritual) father of Big Bang.’ The university also owns the research centre Maison Georges Lemaître, a 19th-century town house in the heart of Charleroi. Not far away, in front of the Palais du Verre, is a sculpture dedicated to him. This work of art created by the Belgian artist Jean-François Diord represents an atom made of hundreds of stainless steel tubes symbolizing the birth of the universe, a reflection of both infinity and eternity.