The 10 Ultimate Craft Breweries In Belgium

Whether you are in the Dutch-speaking or French-speaking part of Belgium, beer is fundamental. Strong, tasty and served in nice traditional bars, drinking good beer is the ultimate Belgian experience. Brewing in Belgium is an ancient tradition dating back to medieval times. Throughout the centuries, techniques have improved and Belgium still has beer running in its DNA with over 180 breweries. Here is our guide to the top 10 craft breweries and beers. 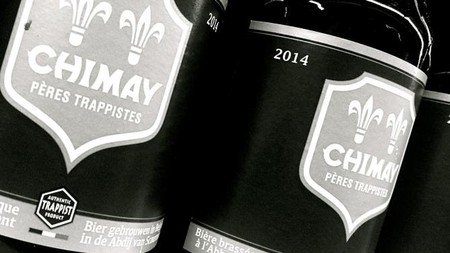 Chimay Bleue is perhaps the most effectively branded Belgian beer and one of the few that is truly global. There is good reason for this and it is not an instance of branding strategy outdoing quality. Chimay is a popular brew amongst Belgians and one of the easiest beers to source. It is brewed at the Scourmont Abbey, where a number of delicious cheeses are also produced. Chimay Brewery dates back to 1862 and the ale Chimay Bleue (9% alcohol) is the monastery’s biggest trademark.

Enjoying a Karmeliet is always something special. Its golden-red colors, heavy consistency, beautiful foam and strong taste makes Karmeliet the best beer in which to indulge after a hard day’s work. Karmeliet is made by The Boosteels Brewery and was first produced in 1996. The recipe however, dates back to 1679, crafted by Carmelite monks. It has won several awards throughout the years and demand increased significantly after Karmeliet captured the title of ‘World’s Best Ale’ at World Beer Awards in 2008. The late beer reviewer Michael Jackson said he was ‘dazzled with its finesse and creamy complexity’. This beer can be found in high quality beer shops outside of Belgium.

This blond beverage is a strong contender for the top spot in every way possible. Fruity, perfumed and heavy, it is more of a winter beer than a summer thirst quencher. Omer is brewed by the Vander Ghinste Brewery and although the production is more modern than many fellow Belgian beer manufacturers, the resulting beer is still a classic in Brussels bars. Omer also made its way into American hearts, elected as one of the 25 best global beers by the Wine Enthusiast magazine. Although a staple in Belgian bars, the beer is difficult to come across outside of the country.

The trappist beer Rochefort, traditionally brewed by the monks of Notre-Dame de Saint Rémy, produces three beers that are all in the top league of Belgian beer. ‘Rochefort 8’ is a tasty pleasure and the most common of the three beers, with a yellow, yet dark and deep color. The beer was first produced in 1955 and was originally a New Year’s Eve drink. Following its overwhelming success, the monks of Notre-Dame de Saint Rémy decided to take it into normal production, with the money made going into protecting and maintaining the monastery.

When drinking Westmalle Tripel you should be careful. Being fruity, golden and tasty, it is easy to forget that this particular beer is actually 9.5%. The title ‘Tripel’ is strongly associated with Westmalle and it is highly cherished due to its corn-golden color and rich flavour. The monks who have been brewing it for centuries at Westmalle Abbey, close to Antwerp, are firm in their belief that this is the only beer to match with asparagus. Whether served with asparagus or not, this is a tasty beer common throughout Belgium and available to take home from well-assorted beer shops and super markets across the world.

Ciney Blonde is one of the few beers on this list that stems from a major producer. Despite its ‘little town of Ciney’ logo, the beer, from the portfolio of the Belgian beer giant Alken-Maes, is brewed in a factory and owned by Heineken. It is a very flavorful beer and has a nice perfume that is reminiscent of an American IPA. Despite being a blonde beer, it has a burnt bronze color and, at 7% , is a beer you can have before dinner and still keep a clear head.

Either you love it or you love to hate it. This is the classic, light cherry beer known as a ‘lady’s beer’. Kriek has a refined taste and is, crucially, not too sweet. It has a well-balanced taste and, unlike many other fruit beers and ciders, actually tastes of real fruit. The beer dates back to the early part of the 19th century, when the Lindemans, a family of farmers, started brewing. Having had success with the business, they have gradually expanded throughout the years. The Kriek is made from fresh, unsweetened cherry juice and is the most popular among Lindeman’s selection of fruit beers. It has won a number of accolades at several competitions, including the title of ‘World’s Best Sour Beer’ and the ‘World’s Best Beer’ award for their deluxe Old Kriek Cuvée René.

Only 6.2% alcohol, Orval is, with regard to Belgian standards, a light beer compared to its counterparts. Orval does however, have a dark, rustic taste and this 1931-classic is a favorite amongst many Belgians. It is a ‘trappist’ beer, which means it’s carefully brewed in a monastery. Orval in particular, is brewed in the Orval Abbey and the history of its production dates back to the 12th century. The brewery is now only making the Orval beer and the ‘petite Orval’, the latter a 3.5% tipple rarely seen in bars across Belgium

Hailing from the small ‘Musketeer Brewery,’ this beer brings a modern twist to the Belgian brewing tradition. In this instance, change is good. A red dawn color with the bitterness of a classic American Indian Pale Ale, this amber beer will be more than satisfying to an those who prefer bitter beer. The aftertaste however, is much sweeter and has the classic notes of a Belgian ‘Tripel’. If you find this beer outside of Belgium, investing in a few bottles is advisable as it rarely leaves the country.

Westvlenteren is as special and mystifying to the beer world as some of the iconic wines of Burgundy and Bordeaux are to wine experts. This is a beer only brewed and only sold in the small abbey of Saint Sixtus on the outskirts of Belgium. It’s considered to be the best beer in the world by a fair margin of beer enthusiasts, food reviewers and other learned aficionados. As a product veiled in mystery, there are limitations with regard to how much you are allowed to carry with you in your car and although there might be a large commercial potential to this beer, the monks have refused to promote it further than a small side income and refuse to give interviews about the beer.