An Ethical Foodie’s Guide to Ghent 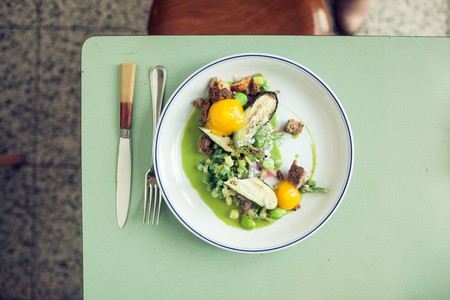 As a culinary hot spot that’s often a harbinger of what eateries and restaurants all around Belgium will be doing soon, Ghent has developed a strong foodie conscience. Even non-veggies can easily find their way to an organic, guilt-free and tasty diet in the country’s culinary capital with these essential stops.

A dedicated vegan’s dream, Komkommertijd offers that rare gem: an all-you-can-eat, exclusively vegan buffet. The interior may not be the hippest there ever was, but with lunch, dinner, and take-out at fair prices, it is gems like these that have earned Ghent its status as a city where conscious foodies are king.

Under the shadows of the 12th-century Castle of the Counts, lunch eatery Avalon is home to some of the finest vegan cooking in the country. With the exception of milk options for coffee, 2016 saw them evolve from a vegetarian to a completely vegan and sugar-free cuisine. 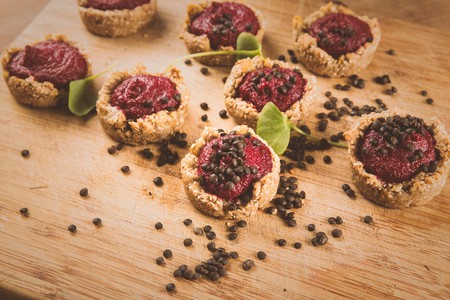 One of the absolute pioneers of Ghent’s veggie scene, De Appelier has served up colorful, generous platters every day since the 1980s. Tables in the homey old townhouse and city garden fill up fast, so making a reservation is key.

Another Ghent institution that has seemingly been around forever, De Warempel made the switch from vegetarian to “flexetarian” three years ago. Now veggies can bring their halibut-loving friends along to the cozy tavern.

Light lunchers bode well with Ghent’s many soup bars, with one of the most charming – and democratically priced – ones being Soep+. The “plus” in the title points to healthy, seasonal salads. Owner Barbara rises at the crack of dawn to turn the daily vegetable delivery into wholesome soups so that you can be sure your steaming cup is fresh as can be.

Nicknamed “the Salad Boys,” Romain Roquette’s three founders have been filling Gentenaars’ takeaway bowls with seasonal goodies for only a couple of years, but their second location really does give new meaning to the word “local.” The salad bar’s new space at Dampoort makes use of a new technique known as “vertical farming” to grow its own greens inside the very same building. 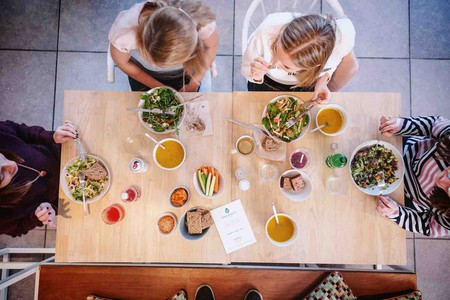 Queues are usually a good sign when it comes to food, and Gentenaars simply can’t seem to stay away from Soup’r. Never fear: the line will give you time to choose between six kinds of soups (two regulars, two heartier ones, and two specialties) and whether or not you want to pimp yours out with cheese or croutons.

Foodsharing, water with a conscience, luxury vegetarian brunches and chili-sin-carne nights – Zukini does and has it all. The innovative salad bar has a knack for themed days and workshops, all with the hope of enticing both meat eaters and veggies to dig into an increasingly healthy lifestyle. 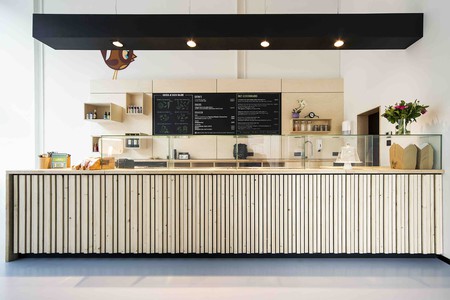 Where the cow and the parsnip meet

Sometimes a vegetarian and his meat-adoring buddy just want a restaurant where both can get treated to the same level of fine dining. Enter Volta. In a gorgeously renovated old turbine hall, herb-and-vegetable wizard Davy de Pourq uses organic produce from his own vegetable patch to wow herbivores and carnivores alike. 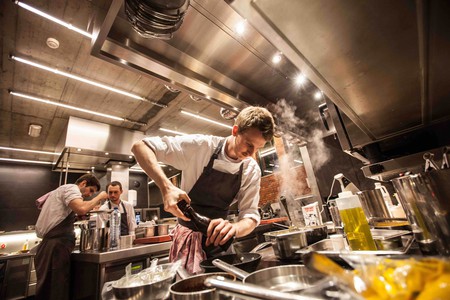 Davy de Pourcq in his kitchen at Volta | Courtesy of Volta

Fair trade is the name of the game at Multatuli, a living room-style tavern located in an old director’s residence by the river Leie. The traditional brasserie food on the menu is joined by a couple of solid veggie dishes, both made with honest ingredients.

Not veggie, but oh so local and charming

As far as hip and ethical food dates go, you can’t go wrong with Alberte. In the evening, the blue-hued wine and tapas bar oozes atmosphere, and in the open-plan kitchen, you’ll see pots and pans filled with ingredients from known local suppliers. The wines are biological and the cozy room candlelit. 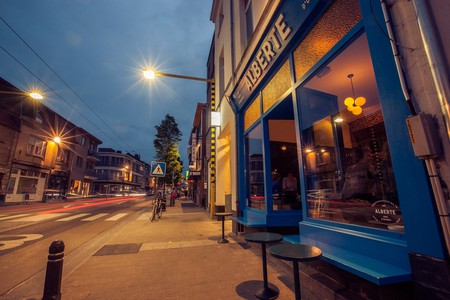 A project shouldered by Kobe Desramault and Michigan-born artisanal bread maker Sarah Lemke, bakery-restaurant De Superette combines all the features a Ghent hipster needs to feel at home. An old converted grocery that retained its old, pale yellow façade, sourdough bread and pizzas straight from the wood-fired oven, portions to share, and the hearth warming up the entire space – everyone should be so lucky as to be a Ghent hipster. 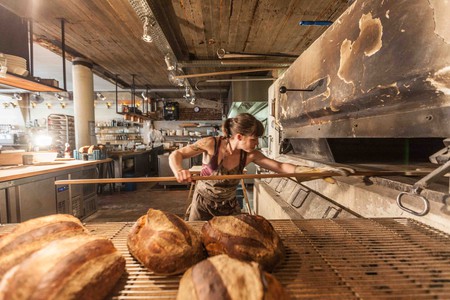 When the vegan food trucks come to town

Where else would Belgium’s biggest vegetarian festival strike down but in Ghent? From die-hard vegans and people considering becoming one to curious carnivores merely intrigued by the Dutch Weed Burger truck, anyone’s welcome to scour the over 50 animal-friendly stalls and stands of BE Vegan‘s Vegan Summer Fest.

Wholesome, completely biological and not to mention utterly charming in its farmers’ market qualities, the daily BE O Markt in the heart of the city center has quickly become a shopping staple for many vegetable-loving Gentenaars. When in the mood for a quick but healthy lunch, the “Versbar” (literally “Fresh Bar”) next to the colorful vegetable gallery is your best friend. 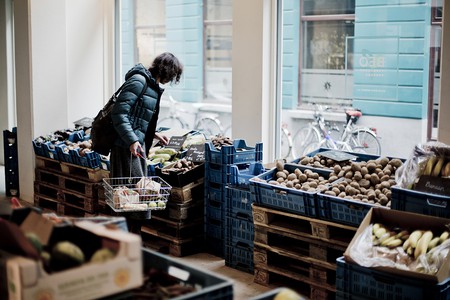 BE O’s outdoor counterpart on Wednesdays, the Groentenmarkt (literally “Vegetable Market”) offers organic fare and artisanal sweets. A stall carrying halal cuberdons – made with bovine gelatin instead of the usual pork variety – has recently joined the ranks. 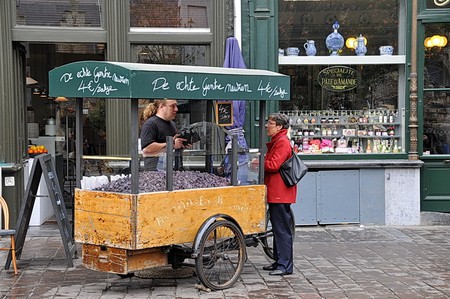 Though the departure of artisanal cheese factory Het Hinkelspel robbed the city of a particularly charming enterprise, the cloud would ultimately have a silver lining. Inside the old factory’s premises in the Macharius Quarter, a small Southern-tinted food hall has popped up. Four local businesses, each with a passion for their produce (including Het Hinkelspel’s remaining dairy shop), have come together to offer Gentenaars bread, cheese, salads and veggies of the highest quality, to go or to eat right there in the sunlit cantina.