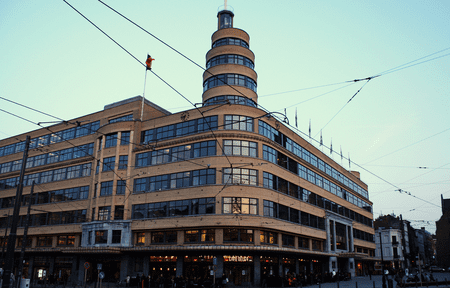 With Victor Horta’s famed Art Nouveau townhouses in Brussels’s core, the city’s Art Deco treasures tend to get overlooked. This architectural tour of the Belgian capital dedicated to the symmetrical beauty of the ‘30s shows just what a shame that is.

We start off almost modestly, with Henry Lacoste’s understated yet sprawling building for the Medical Foundation Queen Elisabeth, which for the first time combined all three main functions of a university hospital (care, research, and teaching) on one site. Behind an unassuming façade, Lacoste created unrelenting green-striped halls that make the eyes water, floors that conjure up echoes of Tetris, and a rigorously geometric—and gorgeous because of it—library.

A giant structure rising up over one of Brussels’s more peaceful communes on an elevated plateau, the Koekelberg Basilica saw two World Wars and a complete redrawing before its completion in 1969. Gazing upon the fifth biggest church in the world, one can see what took so long. As enormous as it is, the construction of its two thin towers and its plump copula remains a lesson in symmetry. So much so that visionary Albert Van Huffel took home the Grand Prix in Architecture for his scale model at Paris’s 1925 “Exposition Internationale des Arts Décoratifs et Industriels Modernes,” the essential World Fair from which Art Deco would derive its name. Pro tip: visitors can climb the main dome during the summer for a stunning panorama of the capital. 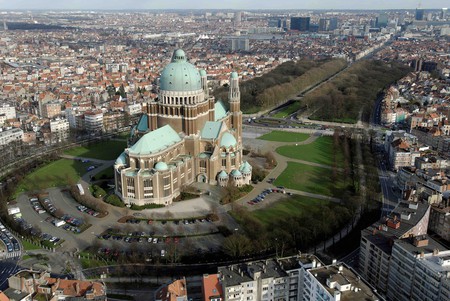 Hold out for your reward until you reach the area around the Bourse, ring the bell beneath the bubble door with a decorative iron-cast “A” above, and swing through to make the acquaintance of the city’s most legendary jazz bar. L’Archiduc may have started as a hush-hush rendezvous place for businessmen and their secretaries in the ‘30s, but its Art Deco riches (including the half-moon balcony and ceiling-high pillars) helped pianist Stan Brenders make it a place where the likes of Miles Davis felt relaxed enough for impromptu jam sessions. Enjoy one of their mean martinis or make plans to return for evening drinks or a live concert. 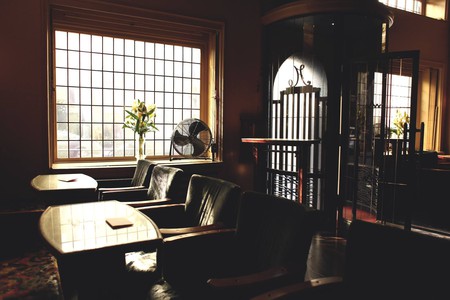 When Art Nouveau god Victor Horta ventured into the realm of Art Deco at a later stage of his career, he again took up the mantle of pioneer by designing Brussels’s Centre for Fine Arts, commonly referred to as “Bozar.” Besides some cubist features, the sprawling, largely underground labyrinth created to host all sorts of cultural events is now seen as a precursor to the Art Deco movement and became Horta’s most prominent post-war accomplishment. 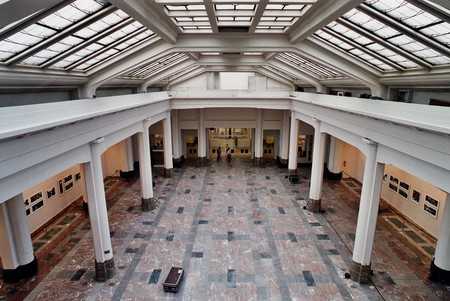 Thanks to Joseph Diongre, who set his imagination loose on Brussels’s Flagey Square between 1935 and 1938, the centerpiece of the bustling plaza is a steamboat. Well, an Art Deco gem purposely shaped like one. Former headquarters to the National Institute for Radio Broadcasting, the liner ship combines world-class acoustics built by the strictest demands (the music for the film The Artist was recorded in its famed Studio 4) with innovative design for the time. Now an important cultural center, the building’s ship shape and size (it takes up the whole south side of the square) make it an important Brussels landmark.

Along with Villa Empain, the elite living complex Résidence Palace is one of Michel Polak’s biggest Art Deco accomplishments in the Belgian capital. Especially noteworthy for their stylistic purity are the city within a city’s swimming pool and its theater. Sadly, the fate of both spaces is still up in the air. While promises of renovation and public access were made upon their closure a decade ago, precedence has been given to the brand-new EU headquarters, nicknamed the “Space Egg,” housed in the same complex. Travelers wanting to take a peek inside should time their visit to coincide with the annual BANAD festival when the city swings open Art Deco and Art Nouveau doors that normally remain closed to the public. 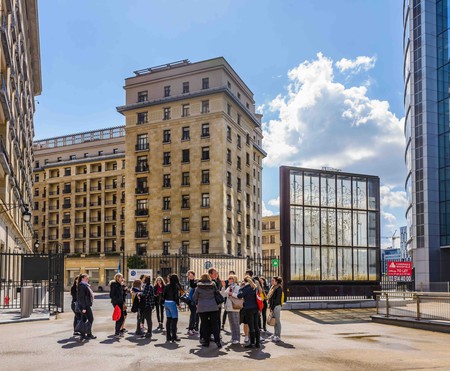 Close by, another locked beauty erected in 1911 proved to be an excellent harbinger of Art Deco things to come. Looking at Stoclet Palace, the decorative flourishes on its balconies may say Art Nouveau, but its white marble façades and severe lines already predict the movement that would follow hot on its heels. 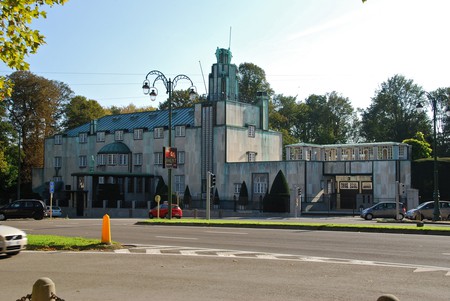 Finally, an Art Deco villa admirable both inside and out. A glimpse into the lives and homes of Brussels’s ‘30s elites begins at Villa Empain—once you’ve entered through the most Great Gatsby of doors, we might add. The 2,500-square-meter (26,910-square-foot) private mansion in the tranquil Uccle neighborhood, designed by Michel Polak at the behest of 21-year-old Baron Louis Empain, uses the age’s most desirable materials such as marble, rosewood, and polished granite for the outer walls. Though the young baron called the lush residence home for only a short period and the mansion was left abandoned in the ‘90s, the acquisition by the Boghossian Foundation has meant a renovation and revival in the form of a cultural center regularly organizing exhibits, and most importantly, it’s open to all. 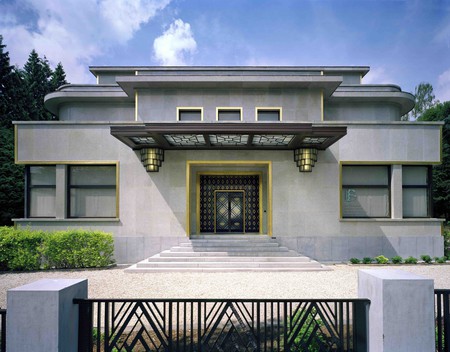 Further exploration of the Art Deco home décor happens at the Van Buuren Museum, which David and Alice van Buuren carefully curated to become a “living academy.” During their lifetime, the patron couple created at once a warm home and a total work of art. Besides an extensive painting collection, the villa houses extraordinary pieces by foremost French, Dutch, and Belgian designers, including large colorful rugs by Jaap Gidding and an Art Deco chandelier weighing over a 1,000 pounds. A stroll through the romantic gardens with heart-shaped hedges makes for an idyllic end to the tour. 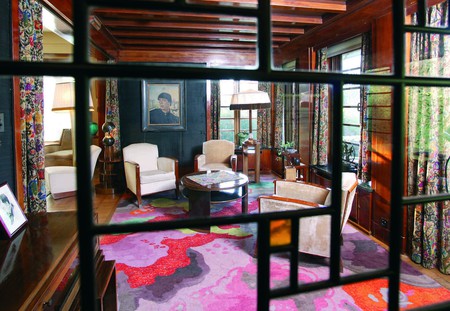 Check out the map below to plan your route for a day of touring the best Art Deco architecture sights of Brussels.