A History Of Belgian Surrealism: More Than Magritte

A group of Belgian artists with surrealists René Margritte and E.L.T. Mesens at the top left | © JoJan/WikiCommons

In its original attempts to unite reality and dreams, the Belgian Surrealist movement has made the art history books a million times over. And while its members shared a vision with their contemporaries across the French border, the second biggest surrealist group of the world has become a lesser-known one, except for the resounding name of painter René Magritte. Contrary to popular belief, the shock waves this bewildering new art form would send throughout Belgium from the 1920s onwards were the work of more than one stand-alone genius.

Though French poet André Breton’s 1924 Manifesto of Surrealism marked the official birth of Surrealism in ink, the Belgians followed up right after with Correspondence, published that very same year. The brightly colored periodical critiquing the new writings and ideologies fresh out of Paris would know 22 editions over the course of a little more than half a year. The group responsible for the avant-garde views expressed in the stapled together fliers were Camille Goemans, Marcel Lecomte, and Paul Nougé. 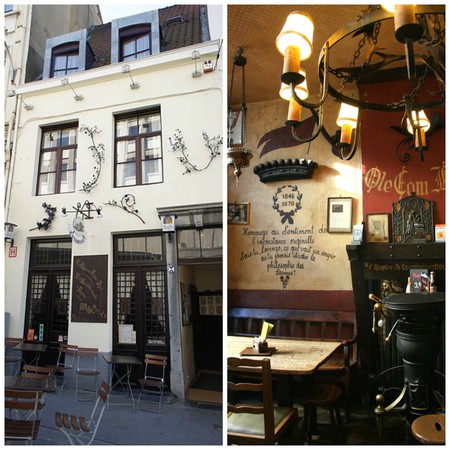 Before too long, the initial trio attracted kindred spirits in E.L.T. Mesens, Marcel Mariën and, of course, René Magritte. Over drinks in their local Brussels watering hole, La Fleur en Papier Doré – a place welcoming literary and artistic debate up to this day – the gang would discuss the creation of other periodicals to come during the 1920s such as OEsophage, Marie, Distance and Le Disque Vert. Café owner Gerard van Bruaene became a treasured companion while others such as André Souris and artist couple Louis Scutenaire and Irène Hamoir continued to join. While the talents of all of these creatives verged from poetry to music to academia, Surrealist tendencies clearly pervaded their works throughout. Reality and the unconscious collided in the creation of weird-looking creatures, illogical and thought-provoking scenes that confounded the spectator and experimental language-games.

It is often said that Magritte became a leading figure in Surrealist circles only after leaving Brussels for Paris in 1927, effectively ignoring his Belgian origins. What is often overlooked, however, is the fact that the visionary painted almost half of his oeuvre when back at his Brussels home in the peaceful Jette neighborhood after returning in 1930. The answer then as to why Magritte became the only internationally recognized Belgian surrealist – his works now deeply seated in pop culture awareness – while talented contemporaries such as E.L.T. Mesens and Marcel Mariën remain in the shadows, might well lie in the principles of these latter artists. 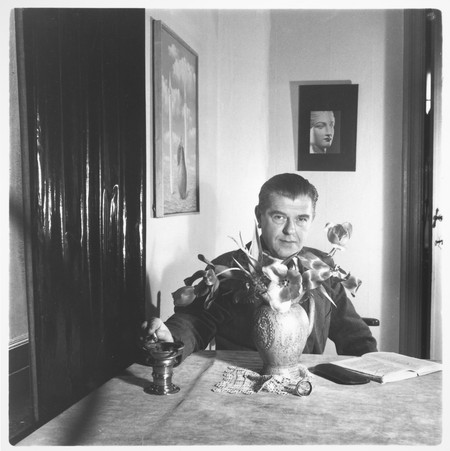 Unlike its Spanish counterpart, which includes larger-than-life figures such as Salvador Dalí and Joan Miró, the Belgian Surrealist movement had displayed a reluctance towards fame and infamy from the very beginning. Its code of conduct rested upon a typical Belgian modesty, from the bar its members conducted their intellectual conversations in to the simple houses and clothes they lived their lives in. While the images and texts springing from these minds were the most avant-garde the age had seen, their middle-class suits hardly screamed “surrealist revolutionaries at work.” Magritte wasn’t a ringleader as much as one part of a group of friends and equals whose opinions mattered no more than the next. For Mariën, the conviction against stardom even went so far that he decided to sever ties with Magritte once the latter one chose the career path to become an internationally renowned painter.

The Treachery of Images by René Magritte | © Jason Ford/Flickr 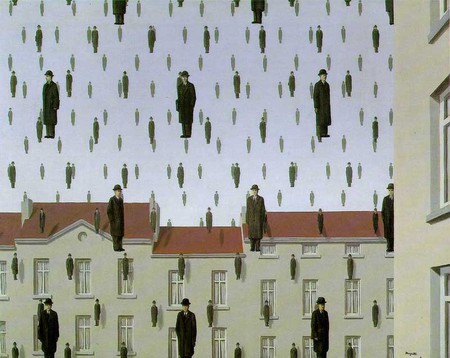 And then there’s Paul Delvaux, who wasn’t exactly part of the La Fleur en Papier Doré group but associated with them on several occasions nonetheless. An unmistakable surrealist, Delvaux painted nude women in a seemingly hallucinatory setting. His protagonists often find themselves joined by skeletons, ruins and other strange objects that imbue the frame with the uncanny feelings so emblematic of our dreams. 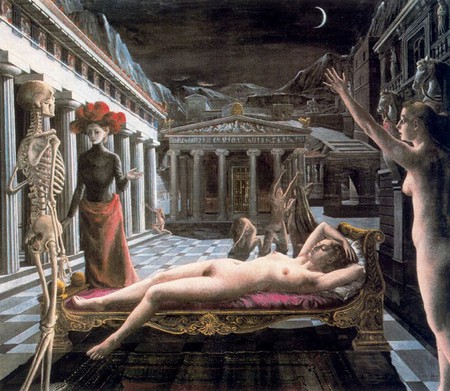 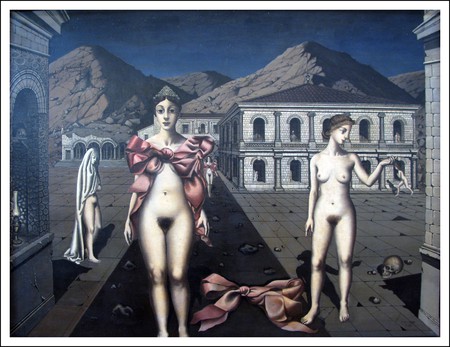 Of course, Belgian Surrealism today is mostly known through René Magritte, a painter so witty and thought-provoking that two Brussels museums housing over 200 of his original works attract hundreds of thousands of visitors every year. Still, Magritte’s legacy can also be seen as a gateway to the rest the inventive tradition has to offer. Take a walk off the beaten track by having a beer at the history-laden La Fleur en Papier Doré or by visiting the Schaerbeek Cemetery where poet Marcel Mariën rests under the surrealist message: “There is no merit in being anything.”