A Brief History Of The Belgian Flag 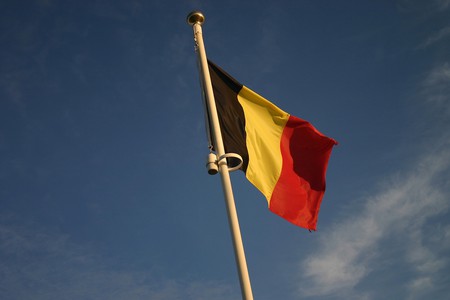 The modern Belgian flag waving in the wind | © Mike Hammerton/Flickr

Black, yellow and red in vertical stripes and in that exact order: it’s the pattern of the flag that waves proudly during special Belgian occasions – such as the birthday of the elegant Queen Mathilde – and the inspiration for the special outfit nearly half of the country dons on any Red Devils match day. While its existence is taken for granted now, the Belgian people needed to show an extraordinary revolutionary spirit before they were able to acquire a flag and nation of their own. And then came the struggle of picking the right pattern.

With the revolution that started in August 1830 and the birth of a nation came the need for a Belgian flag. Given the use of the Brabantian colors (a dukedom in northern Flanders where the revolutionary gusto was particularly strong) during an earlier attempt at independence in 1790, the choice was an easy one. The colors of the Belgians were to be black for humility, yellow for prosperity, and finally red for victory. They are immortalized in the Constitution in Article 193: “The Belgian Nation chooses for its colors red, yellow and black …”, and that was that. 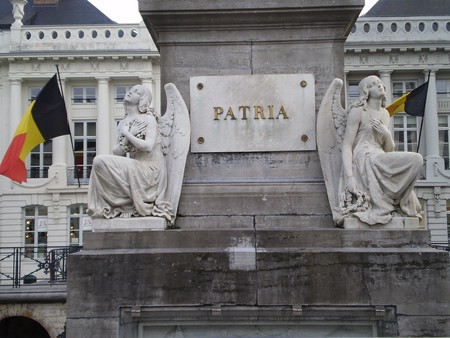 A memorial at Martyr’s Square in Brussels, where hundreds of revolutionaries died for the right of forming a nation | © Dr Les/Flickr

Although not really, because that isn’t the actual order Belgians use today. So does this mean Belgian citizens have been unknowingly turning their flag the wrong way for 185 years in a row? Not exactly. As it turns out the lack of specificity in the description had some people assuming that the flag’s colors would be horizontal, like they were in the one used before and during the actual revolution: red on top, yellow in the middle and black at the bottom. The Constitution’s vagueness on the matter led to confusion running rampant with horizontal flags with red on top and ones with black on top, and a few vertical ones thrown in for safe measure. 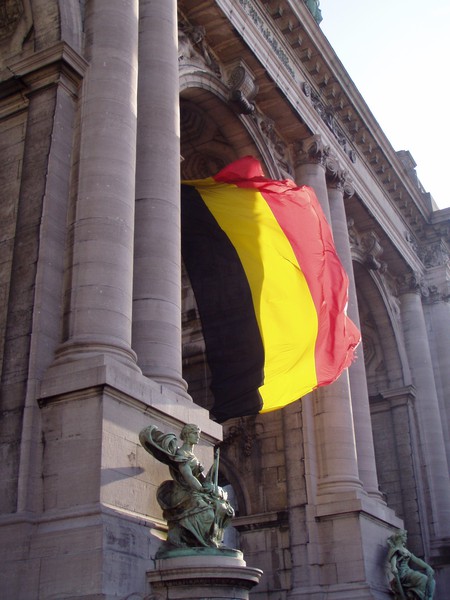 This really became a problem when Belgian rebels started firing away at their own troops because they confused their country’s flag with the Dutch one, which has red on top, in the midst of all the canon smoke. The incidents prompted a swift decision on the flag’s features once and for all and the current reincarnation with a horizontal stripe of black attached to the stick was introduced. Article 193 was never amended however, making quirky Belgium the only country in the world that doesn’t literally follow the flag order its Constitution prescribes. 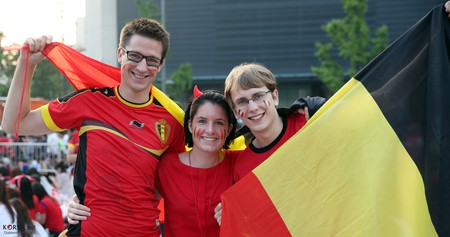