5 Cheap Ways to Travel Around Belgium 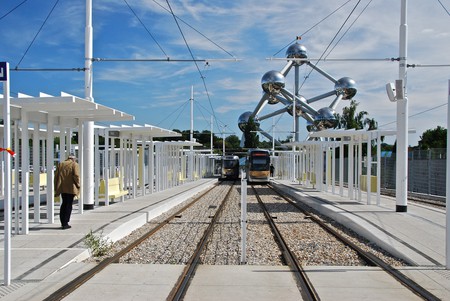 When travel is involved, choosing a country the size of a peanut is a great advantage. Medieval sightseeing hubs like Bruges and Ghent are never more than a good hour’s journey away from Antwerp and capital Brussels thanks to an efficient train network, and local trams and buses smoothly help you out once you arrive. Here are five penny-pinching ways to explore the heart of Europe.

Figure out which one of these train passes floats your boat

Besides being one of the most romantic ways to get around, traveling the Belgian inner cities by train is fast, efficient, and surprisingly inexpensive if you play your cards right. The NMBS (the national railway company) offers a variety of different passes for the penny-pinching traveler, including the Belgian Rail Pass that consists of 10 train rides to any destination in the country for a total of 77 euros (7.70 each). The lone backpacker can get five democratically priced round trips out of this – Ghent, Bruges and the seaside are just a few suggestions that come to mind – but you’re also allowed to share the card with one or more traveling buddies.

People under the age of 26 should look into the Go Pass 10, which offers the same formula but with a discount of 25 euros. Travelers who fancy just one great trip during their stay will be glad to know weekend fares are 50% off starting Friday evening, and the Go Pass 1 is a 6.20-euro one-way ticket for young people. Special combination fares called B-excursions are great options for families on one-day trips to zoos or amusement parks, and anyone under the age of 12 and above 65 gets a decent discount as well. The only bummer about Belgian train travel is that heading to the airport comes with an additional “Diablo” surcharge of 5.25 euros.

Ride the world’s longest tram line at the coast

Lovers of North Sea beaches and the surreal sights they hold are guaranteed blissful days hopping on and off the Belgian coastal tram. At 68 kilometers (42.3 miles), stretching from Knokke and its admired nature reserve ‘t Zwin to the French-bordering De Panne, this tram line is the longest in the world, and it stops all along the country’s west coast in 70 stops. A one-day pass will set you back no more than six euros, and the three-day version no more than 12. Trams run every 15 minutes in both directions, so there’s ample opportunity to sample the seaside towns, including Ostend and its healing powers. Make sure to buy a ticket online or at a kiosk since they’re more expensive on the tram itself. 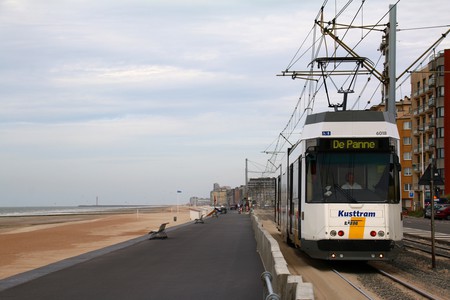 Go underground in Antwerp and Brussels

Not a lot of Belgian cities are big enough to warrant building an entire subway system underground, but those of capital Brussels and second-biggest city Antwerp are in frenzied use and keep on expanding. In both cases, carriages occasionally dip in and out of their underground tunnels to become above ground trams, and they’re the fastest way of getting from one side of town to the other. Heads up if you’re planning on taking the metro in both cities, though: Antwerp works with the same transportation company that provides all bus services in Flanders – De Lijn, which also operates on the coast – but Brussels uses MIVB, or STIB in French. Tickets and passes do not overlap, so don’t buy a multiple-ride ticket or multiple-day pass with De Lijn if you were planning to use it in the capital as well. 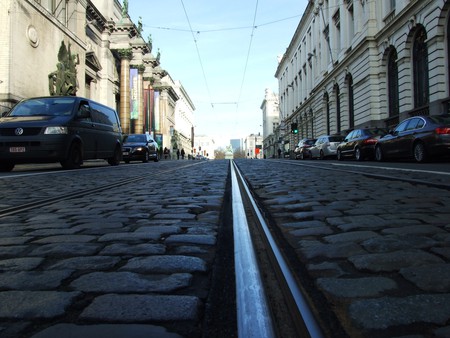 The cheapest one-way metro (and bus) option in Antwerp is a simple text to the number 4884 that says “DL.” You’ll receive your two-euro ticket (plus 15 cents service costs) as a response, and that will remain valid for an hour. Brussels metros have no text option, but a single fare is 2.10 euros at a kiosk or a ticket office and 2.50 euros on the bus itself. Brussels has four different organizations running its public transport (buses, metros, and trains), but an adjustable, reasonably priced Jump card should do the trick for all of them within the capital’s wider region. 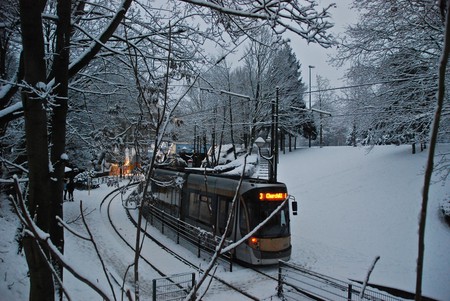 Online carpooling communities like Blablacar have proven their worth as a nifty way to find a ride and share the expenses. With Belgium being so compact, a seat in a car driving from one big city to another can cost as low as four to five euros, and unlikely new connections have been known to form along the way.

Rent a car from a local

Another helpful service to come out of the sharing economy, peer-to-peer sites, such as the Belgian CarAmigo, can prove of great worth to the traveler who wants to take a weekend trip to a more remote place – a hike in the leafy Wallonian Ardennes, for example. Renting a suitable car from a person nearby who otherwise would just have it sitting in the driveway can turn out to be 50% cheaper than knocking on the door of a traditional car rental service.