The Most Captivating Historical Sites in Belgium 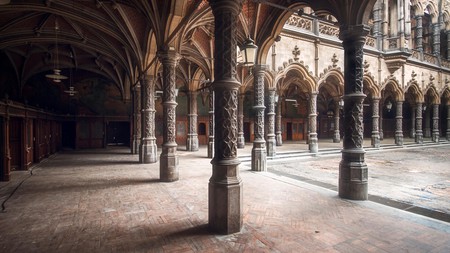 Belgium has a rich cultural heritage ripe for discovery by urban explorers. The following sites are the most significant and historically representative urban ruins in Belgium – and well worth a visit.

The coal mine of Hasard de Cheratte

An example of medieval and neo-gothic architecture, the coal mine of Hasard de Cheratte is situated in Cheratte, a section of the town of Visé in the province of Liège. Its construction started in 1850, and it was one of the first electric-powered mines in Belgium. Closed in 1877 after an accident and re-opened 30 years later, it mined coal until 1977. Composed of four mine shafts and various towers of different heights and designs, Hasard de Cheratte is symbolic of Belgium and the forgotten coal mine economy of the past. Today, almost 40 years after it closed its doors, its industrial relics provide valuable insight into the end of an era.

The bourse of Antwerp

The bourse of Antwerp was built in 1531, after continuous economic growth necessitated a substitute for the previous well-known major economic hub, Bruges. The entire complex burned down twice, in 1583 and in 1858. The first building was followed by an architectural design developed by Domien de Waghemakere, composed of a rectangular space with four galleries covered by high, imposing ceilings. The present construction is the 19th-century neo-gothic renovation. Its high ceilings and astonishingly detailed glass roof recall the glorious past of this famous international trading hub. Closed in 1997, when the Brussels Stock Exchange opened, it has been neglected for nearly two decades while awaiting the approval of future construction plans.

The military fort of Liège

Fort de la Chartreuse was built between 1817 and 1823 to defend the city of Liège. It was abandoned as a fortification by the military in 1891. Germany used it as a prison between 1914 and 1918, and America used it as a military hospital between 1944 and 1945. The Belgian army left the site entirely in 1988. Strategically positioned, overlooking the valley of Meuse and hidden in a highly forested area, Fort de la Chartreuse makes for a very interesting historical visit. Even in complete decay, this military fort can still teach explorers about its rich historical past, as a landmark of Belgium’s history and cultural heritage.