Stereotypes About Belgium That People Get Completely Wrong

Every country in the world seems to acquire some unfortunate stereotypes that they just can’t seem to get rid off. Belgium is no exception to this, and this list attempts to explain why they aren’t quite true, and why they might have come about in the first place. 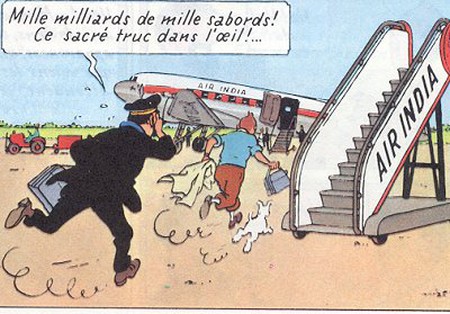 There are no famous Belgians

Perhaps the most famous stereotype about Belgium is the fact that there are no famous Belgians. Or to be more precise, that the only famous Belgians are fictional (Tin Tin, The Smurfs, Hercule Poirot come to mind). But this simply isn’t true. There are plenty of famous Belgians, but most people tend to think they come from somewhere else (usually France, to the Belgians’ great annoyance). To name just a few, here is a brief list of famous Belgians: René Magritte, Pieter Breughel the Elder, Peter Paul Rubens, Hergé, Georges Simenon, Marguerite Yourcenar, Amélie Nothomb, Jacques Brèl, Toots Thielemans, Adolphe Sax, Stromae, Eddy Merckx, Eden Hazard, Kim Clijsters, Jean-Claude Van Damme and Matthias Schoenaarts. 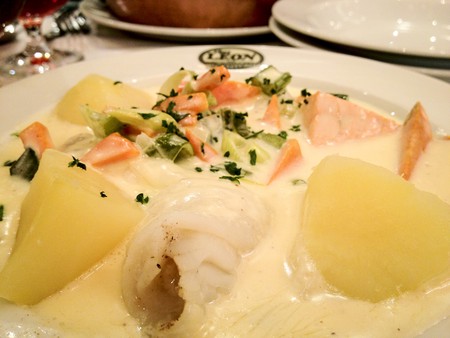 The cuisine is limited to chocolate, french fries and waffles

The Belgians are real bon vivants and enjoy good food, drink, and company. So why would anyone think they only eat chocolate, French fries and waffles? As well as there being many regional specialities (waterzooi from Ghent, a savoury soup with chicken and potatoes, the coque biscuit from Dinant, or the tarte au riz from Verviers), there are national classics such as carbonades flammandes/stoverij (beef stew made with beer), moules-frites (mussels with fries), chicons au gratin/gegratineerde witloof (endives wrapped in ham, gratinated in a béchamel sauce), tomates crevette (tomatoes filled with grey shrimp) and paling in’t groen (eel in herb sauce). 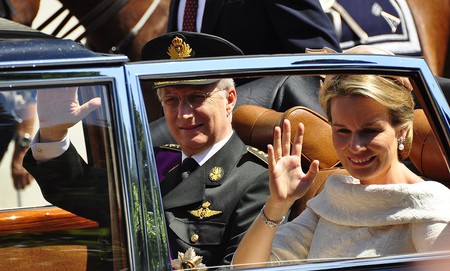 King Philippe and Queen Mathilde of the Belgians | © Michael Thaidigsmann/WikiCommons

The Belgian political system is a mess

Although it could be argued that this is at least partly true, as there are six different governments in Belgium. However, the country still thrives despite this rather unwieldy political system. The regional governments are in themselves quite efficient, and during the electoral crisis in 2010 the country was able to remain stable and even flourish economically at a time when Belgium had no government for a record-breaking 541 days.

The Flemish and the Walloons hate each other

Although certain aspects of this statement have a factual basis, some people basically perceive the Flemish and the Walloons to be in a state of civil war. There are certainly tensions between the two communities for all sorts of reasons: at first, the tensions mainly arose from a linguistic difference and the fact that preference was given to the French for everything from governmental administration to literature. Then socioeconomic tensions arose due to the decline of the Walloon industry and upcoming Flemish economy. More recently, the tensions are based on political differences, with Wallonia being more left-wing than Flanders. These tensions and separatist talk aside, most people feel fairly neutral about the other community, and the closest they get to civil war is bad-tempered grumbling about one another. 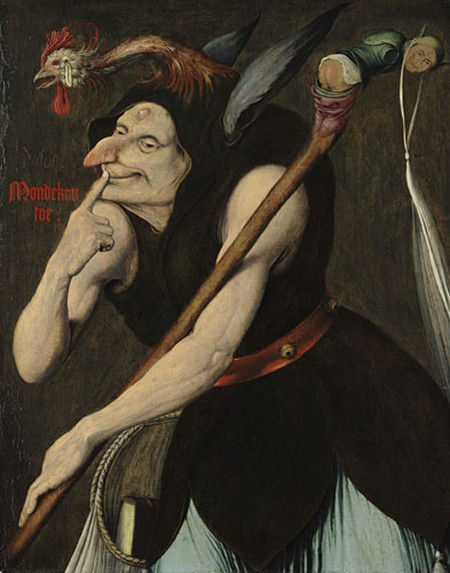 Most French and Dutch jokes about the Belgians come down to the same thing: Belgians are not very bright. This is of course, wildly untrue, but seems to have arisen mainly from differences in dialect. Walloon French differs from the ‘Standard’ French dialect and is therefore seen as an inferior or uneducated version of French. The same goes for the Flemish dialect, which differs from the ‘Standard’ Dutch. The Belgians have plenty of jokes to fire back at the French and the Dutch though; mostly about how the French are arrogant and the Dutch are stingy. 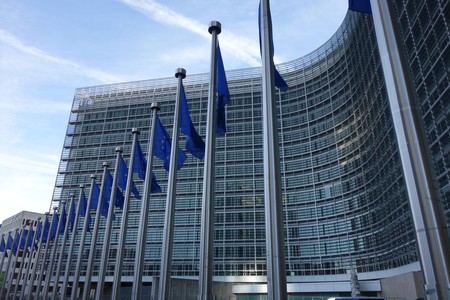 For such a small country, Belgium has a staggering amount of beautiful historic cities, fine restaurants and diverse nature as well as a rich history and culture of art, music and cinema. Brussels in particular seems to bear the brunt of this accusation, as for many it is inextricably associated with boring eurocracy and rain. Luckily, people are slowly starting to realise Belgium is an underrated gem, and Brussels is finally being recognised as a hipper, cheaper and friendlier destination than many European capitals (we’re looking at you, Paris). 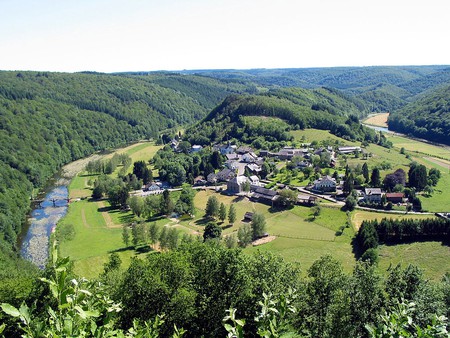 Frahan in the Ardennes | © Jean-Pol Grandmont/WikiCommons

Belgium is small, flat and rainy

Alright so maybe it is small, flat and rainy, but it isn’t always rainy, and it isn’t always flat either. One only has to go to the Ardennes to witness beautiful rolling hills and ridges, and the capital of Brussels is spread across several hills and valleys. Belgium is undeniably small, but still not as small as, say, Luxembourg. Its small size also makes it super accessible to travel around, and perfect for day trips. 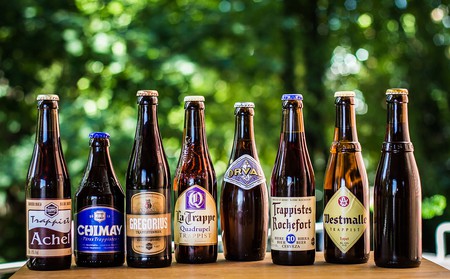 While Belgian beer is justifiably world famous for its diversity and quality, there are many other drinks the Belgians are good at making. Take Jenever, for starters; the original has a slight taste of juniper to it, but it comes in hundreds of different flavors, from cactus to chocolate and anything in between. Or why not have a roomer, a delightfully refreshing liquor that tastes of elderflower.

Isn’t Belgium part of Germany? Or no, wait, the Netherlands! Or was it France?

Perhaps because of its small size and unfortunate sandwiching between bigger neighbours such as France, Germany, and the Netherlands, Belgium and its culture tends to get confused with those of other countries. The national identity crisis created by the union of two very different communities does not help to create a strongly defined Belgian identity. But both communities are more similar than they realise, and as this list sets out to prove, there is much more to Belgium than meets the eye. 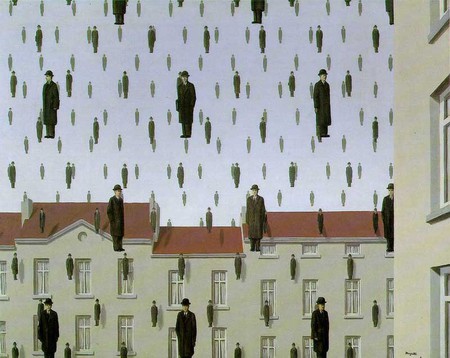 The only art to come out of Belgium is comic strips

Sure, Belgium does have a lot of cartoonists and famous comic strips, but it has contributed a lot to the history of art as well. Starting with the masterful Flemish Primitives (such as Jan Van Eyck, and the Breughel clan), Baroque giants such as Peter Paul Rubens, and of course, the Surrealist movement, headed by one René Magritte (although artists such as Paul Delvaux and expressionist James Ensor are definitely worth checking out too). 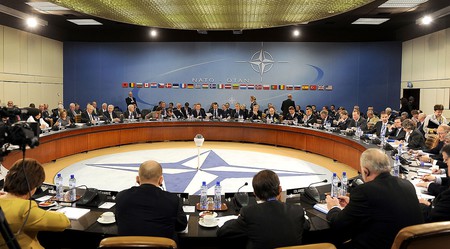 Although Belgium is small, it is certainly not inconsequential. Brussels is the seat of the European Union as well as the NATO, making it one of the driving forces behind the contemporary European political landscape. Historically, the regions of Bruges, Ypres and Ghent were some of the most influential and wealthy regions of Europe during the late Middle Ages. Belgium was also the second country in Europe, after the UK, to experience the Industrial Revolution. 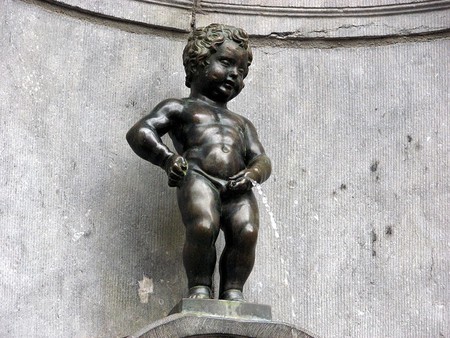 Brussels has no famous monuments

Paris has the Eiffel Tower, London has Big Ben, Brussels has a tiny statue of peeing boy and a building that represents an atom magnified 165 billion times. CNN apparently named it Europe’s most bizarre building, and although the Atomium was supposed to become what the Eiffel Tower is to Paris, it never really took off. The alternative is Manneken Pis, frequently listed as one of the most disappointing attractions in Europe. But both monuments perfectly represent Belgium’s quirky, subtle sense of humour, and the Eiffel Tower and Big Ben are pretty overrated anyway.