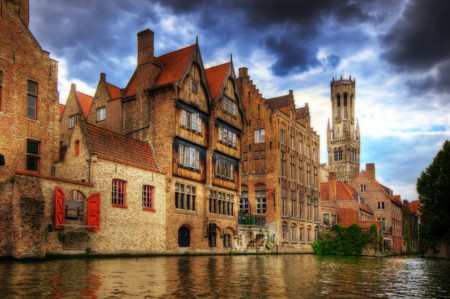 Linguistically, Belgium is an interesting country because part of the nation speaks Flemish, a dialect of Dutch, while another part speaks French and in yet another region, people speak to each other in German. In the Dutch language, around 3,500 words, which are considered Flemish Dutch, exist. Here are the 11 most beautiful.

Lief means sweet in Dutch, but in Flemish, is it also used as ‘loved one’, to refer to a romantic partner. It is a derivative of the Dutch word for love, liefde. Lieve is a common female name in Flanders, meaning ‘dear’, while Lieven is a typical Flemish male given name. Lief can also be used as an adjective to describe someone sweet, well-behaved and kind.

Aazaard sounds a lot like the English hazard, but interestingly means the opposite. An aazaard is a happy coincidence, instead of something to be feared. It can also be said when you find a good deal in a shop. In French, hasard means roughly the same thing. The slightly bastardised hazaard is used in Flemish and also has a similar meaning.

Like in French, chance means luck in Flemish, but in overdrive. When someone is said to have had chance it means he or she has been extremely lucky, for instance, by winning the lottery or avoiding an accident.

Avaans means progress, but it can also be said when someone is literally ahead or has a head start. Someone who is first in a running match has avaans. When you make avaans (avaans maken) you are approaching someone, mostly in a romantic sense.

The verb ambrasseren means to embrace (to hug). Again, it stems from the French word embrasser (to embrace), which in turn, finds its roots in the French word for arm: bras. Confusingly, the noun ambras means trouble, to argue or a fight, which linguistically is quite the opposite of an embrace.

Amai is an expression of bewilderment or surprise, both in a positive and a negative sense. Repeat as many times as you feel necessary to express your amount of shock. Using this word is a dead giveaway of someone’s Flemish heritage for Dutch people, for the expression is not used in the Netherlands at all.

Boeleke is an informal term for a baby or small child and is also used as a term of endearment. Although this word is totally unknown to fellow Dutch speakers from the Netherlands, the origin of the word comes from the Middle Dutch boele, meaning loved one or relative. A newborn is mostly referred to as a plat boeleke, where plat originally means flat, but in Flemish, it is also used to describe something motionless. 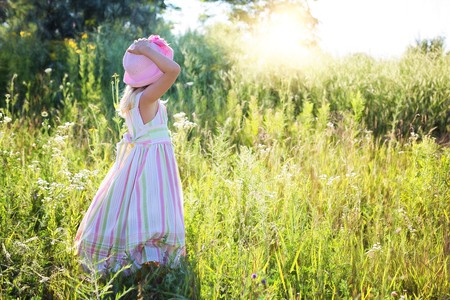 A little girl walking in a wildflower meadow | © jill111 / Pixabay

Another loanword from French, plezant comes from plaisant, which French speakers use to describe something pleasant. Don’t feel too flattered if someone calls you a plezanterik (pluh-zaant-a-rick), though, because that is used for people who play practical jokes at the expense of others.

Goesting means feeling the urge to do something and it comes from the Latin ‘gustus’ (taste). In a 2004 radio poll, goesting was voted the most beautiful word in the Dutch language by Flemings. It is classified as Belgian-Dutch in the Dutch dictionary, which means it is commonly used in Flanders, but you’d be hard-pressed to find a Dutch person who uses it.

Ribbedebie can mean gone away or missing and can be used for both people or objects. It can be said by a person leaving, ik ben ribbedebie (I am out of here) or it can be used to describe things that can no longer be found, mijn sleutels zijn ribbedebie (my keys are missing). The origins of ribbedebie are uncertain, but it quite possibly comes from the old Dutch slang Bargoens, in which rip meant dead and bie meant gone.