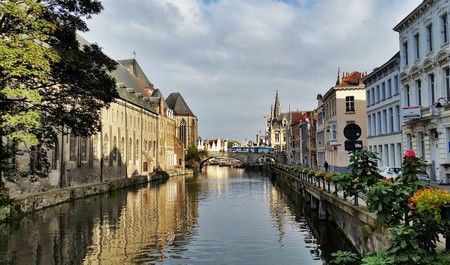 As the center of Europe, Brussels and its intriguing cultural scene strikes an optimal balance between national and international influences. But no matter if you find yourself here for one weekend, six months or a number of years: if you still wish to go beyond the Brussels area, we are about to show you 10 destinations that prove why this city is the perfect home base for day trips!

Whether you are interested in classic art from painters like Rubens to more contemporary representatives, or in eclectic fashion with its array of established and emerging designers; or whether you like listening to live music in one its many concert venues, Antwerp is definitely the place to be. Let this busy seaport city surprise you with a remarkable gathering of things to see and to do, and take note of Antwerp’s chocolate trademark, the Antwerpse Handjes, which symbolize the folklore behind the creation of this city.

By car: 50 minutes on average 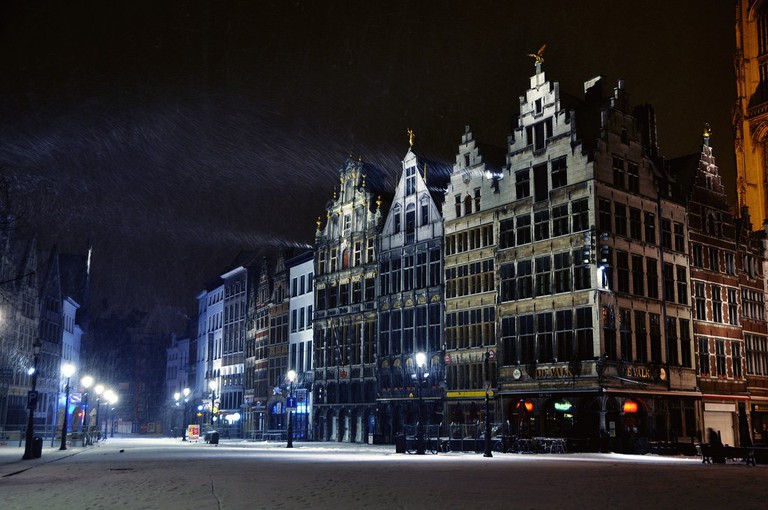 From St Bavo’s Cathedral, which houses one of Van Eyck’s oil paintings, to museums such as the Design Museum, Ghent satisfies a wide variety of cultural needs. With its broad choice of both gourmet restaurants and specialties – like the mild local ham paired with mustard – Ghent is a leading Belgian culinary destination as well. Considered as the perfect middle ground between Antwerp and Bruges, this picturesque city and its gastronomic scene make it the ideal day trip from Brussels.

By train: 30 minutes on average

By car: 30 minutes on average 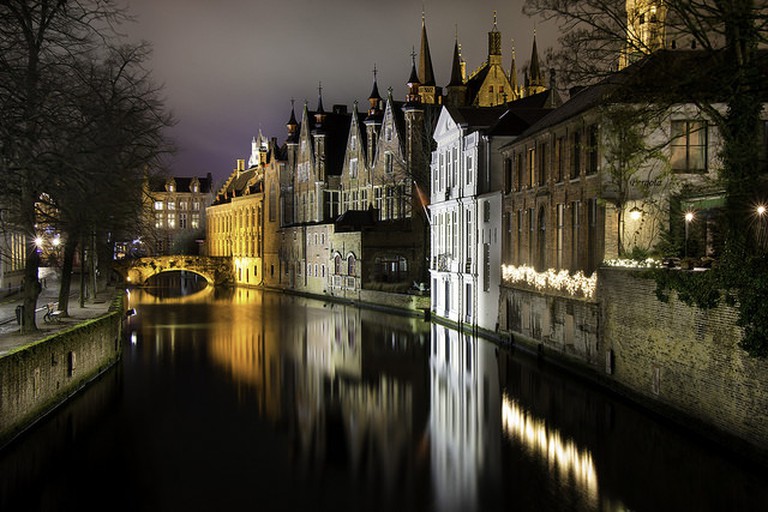 Step off the train and travel down a pathway that leads right to this UNESCO World Heritage center, disclosing the town’s life’s blood: the Burg with its Basilica of the Holy Blood (its yearly procession should not be missed). Beyond the Groeningemuseum’s understated display, explore more extravagant ones, such as Choco-Story or the Museum-Gallery XPO Salvador Dalí, unexpectedly located within a Belfry tower. Before jumping on the last train to Brussels, quench your thirst with the local Bruges Zot, crafted at the Brewery De Halve Maan. 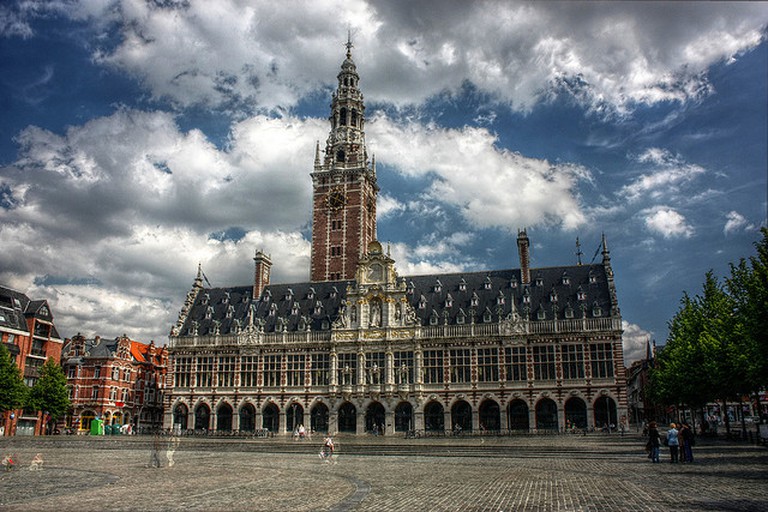 Fonske, Leuven’s mascot, is a statue depicting a boy holding a book in one hand and a mug pouring water over his head in the other, unexpectedly tying two of Leuven’s more prominent features: a strong academic community and a beer culture that also serves as the home base for Stella Artois. Be sure to visit St. Peter’s Church and the breathtaking University Central Library, as well as the Great Béguinage, a UNESCO World Heritage site. Another great fact, unknown to many, is that Leuven hosts one of the oldest botanical gardens in Belgium, the Hortus Botanicus Lovaniensis, which is definitely worth a trip on a sunny day.

By train: 30 minutes on average

By car: 30 minutes on average 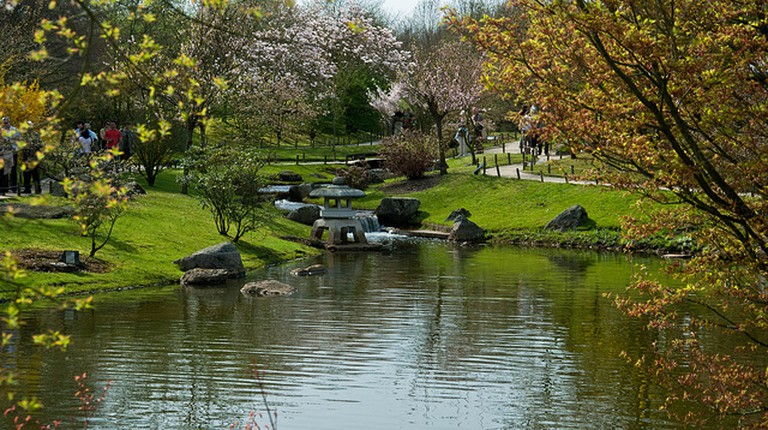 There is something special in this corner of Flanders: a model of a 17th-century Japanese tea garden. This highly detailed complex of paths, waterfalls and cherry trees stretched around 2.5 hectares, forms a peaceful exotic landscape that is perfect for a whimsical stroll. Be sure to reserve your spot in one of the tea ceremonies hosted in this special garden.

From April 1st to October 31st

By train: 1 hour and 30 minutes on average

By car: 1 hour and 10 minutes on average 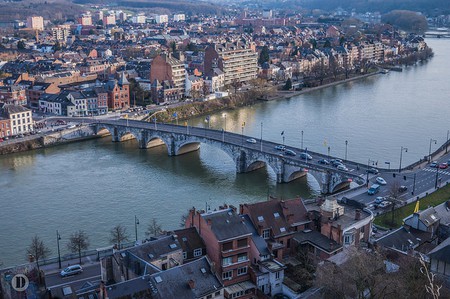 Namur is an intriguing town located in a charming setting between two rivers and surrounded by castles, such as Vêves and the abandoned Noisy. Get inspired by the symbol of this city, the snail, and enjoy its cultural attractions – such as the Saint Aubain Cathedral or the Felicien Rops Museum – at your own pace. If in season, taste the juiciest strawberries from nearby Wépion, reachable through a short Namourette boat ride. 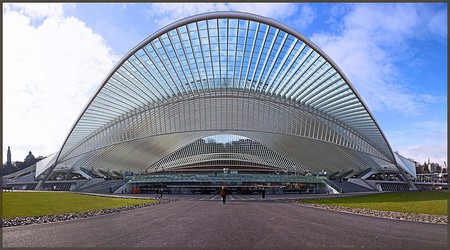 Taking pride in its rich historic heritage, while enjoying glimpses of contemporary architecture, Liège is a bustling city full of things to see and to do. If you happen to be in the area on an early Sunday morning, take a peek at the Marché de la Batte, one of the most expansive in Europe. Before coming back to Brussels, taste the typical boulettes à la liégeoise or simply savour the peket, a local liqueur made from juniper berries.

By car: 1 hour and 5 minutes on average 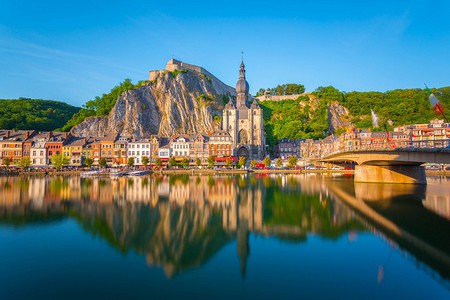 Dinant may be considered to have one of the most breathtaking views over the Meuse river in all of Wallonia. Discover iconic saxophones celebrating Adolphe Sax, who was born here, in the most unexpected place, including the Charles de Gaulle Bridge, which leads to Adolphe’s home-turned-museum. Take a small tour either with a stroll down the river admiring the Gothic Collegiate Church of Our Lady, or trek to the top of the citadel for a historical tour and a spectacular view of the city. Eventually, why not have a break with a refreshing beer at the Maison Leffe?

By train: 1 hour and 40 minutes on average

By car: 1 hour and 20 minutes on average 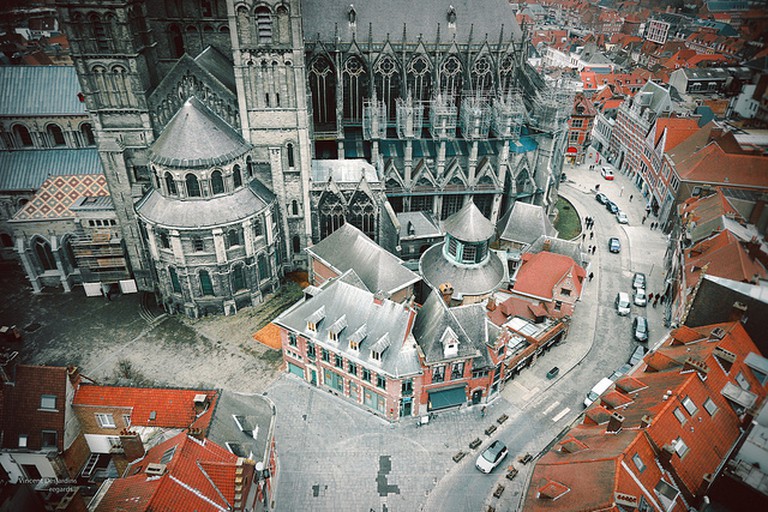 As one of the oldest town in Belgium, Tournai and its astonishing skyline proudly embraces all of its main attractions: from the oldest military construction – the ‘Pont des Trous’ – to the UNESCO World Heritage Cathedral of Notre-Dame, and a Museum of Fine Arts built by Victor Horta. Combine a visit of these beauties with one of the main annual events, such as its traditional carnival.

On Brussels’ doorstep facing South-East, La Hulpe is a placid town mainly known for its French-style castle and also for its farmhouse, which hosts la Fondation Folon. It is a serene monument house designed by the same architect who designed the St-Hubert Galleries, J.P. Cluysenaar, and which is dedicated to Jean-Michel Folon’s impressive art legacy.

By bus: 30 minutes on average

By car: 40 minutes on average 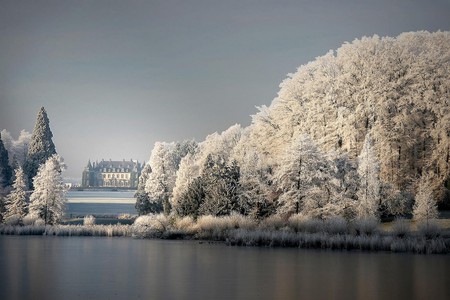 La Hulpe | © photophilde/Flickr
Give us feedback