The Coolest Neighbourhoods in Baku, Azerbaijan

The Coolest Neighbourhoods in Baku, Azerbaijan

Nizami Street in Baku where most locals and tourists go to | © Alizada Studios/Shutterstock
The neighbourhoods in Baku aren’t always as clear-cut as other cities around the world. As the capital evolved and developed over centuries, the Caspian Sea was always the focal point. Here are our recommendations on which ones to visit and their fascinating backstory.

The historic core of Baku forms the coolest neighbourhood in Baku. Humans lived in Icheri Sheher, or the Walled City of Baku, for millennia. Built on a hill and fortified in the 12th century, the walled district serves as an open museum. Maiden Tower dates back more than 1000 years, and the Palace of the Shirvanshahs along with ancient mosques are historic highlights.

Walk through Icheri Sheher, and follow the crooked streets through narrow alleys and up steep hills. Inside, vendors sell traditional Azerbaijan carpets, and restaurants and cafés surround the fortress wall. Most residents lived here until the city expanded in the 18th century. Today, Icheri Sheher is Baku’s main attraction with most hotels nearby. 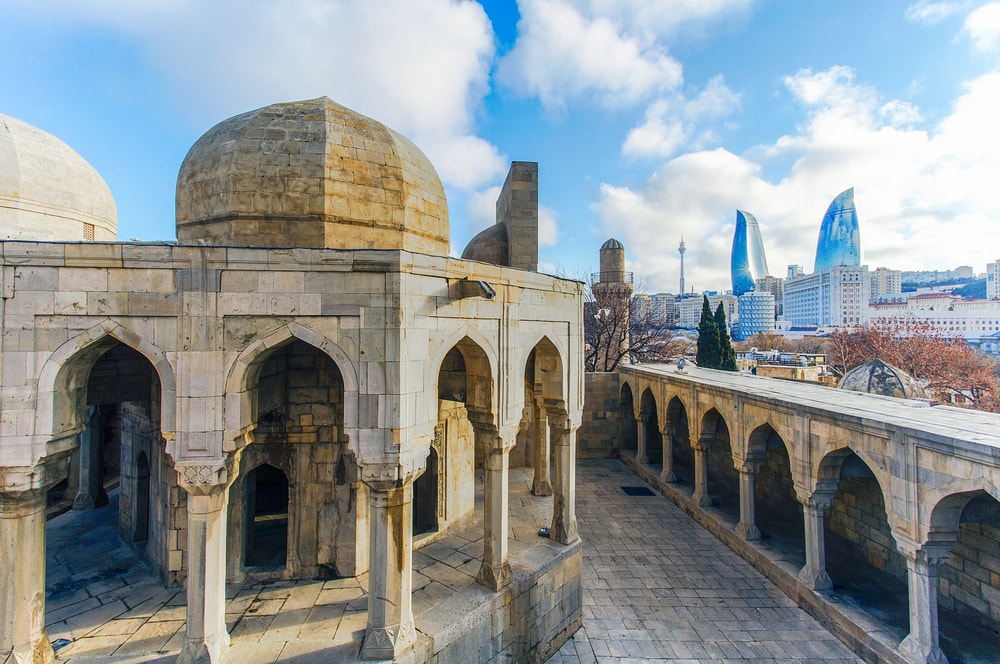 Sabayil, the large district to the south of Icheri Sheher, covers the historical regions around Baku Bay. The name Sabayil has a fascinating story involving Baku’s very own Atlantis. In 1233, Sabayil Castle stood in Baku Bay a few hundred metres southwest of the Baku Eye. A strong earthquake caused the seabed to drop and the castle to sink. It reappeared in the 18th century when the Caspian Sea receded. Archaeologists in the 21st century discovered a series of tunnels branching from underneath Icheri Sheher, which they believe lead to the castle. As far as cool neighbourhoods in Baku goes, what can be more intriguing than this? 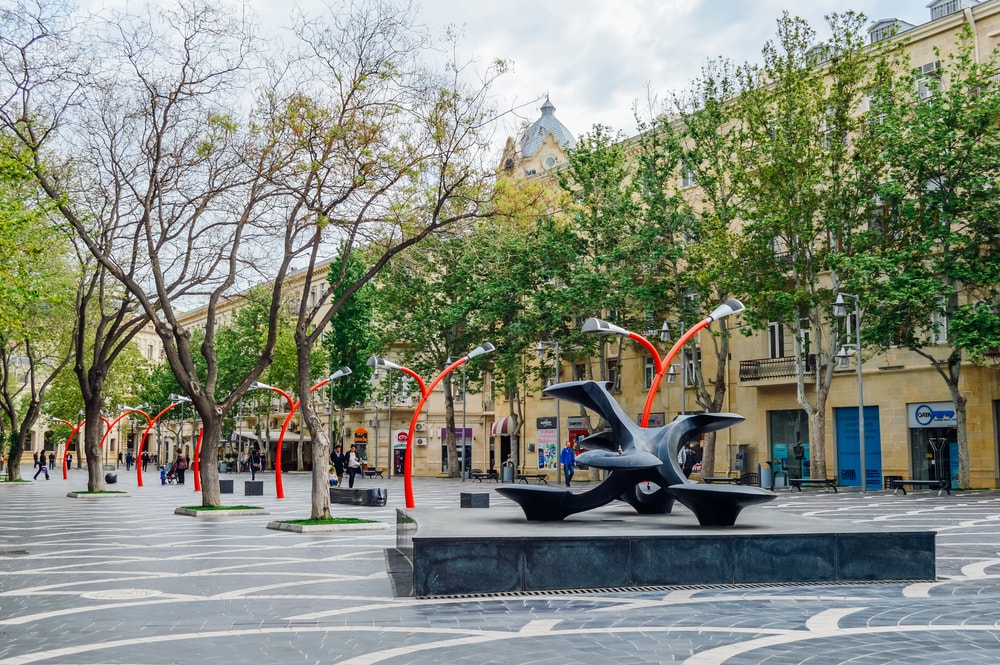 Yasamal, with a population of just over 200,000, to the northeast of the Walled City is a residential area. Apart from the early 20th-century sandstone-coloured Teze Pir Mosque and the Outer City in the southeast corner, Yasamal doesn’t have much in the way of attractions. Further afield you’ll find the more recent additions to Baku’s skyline: high-rise buildings.

The Outer City developed after the population boomed from just 12,000 to more than 200,000 in the middle of the 19th and early 20th-centuries. Stroll along the streets, and you’ll see a mixture of European styles of architecture commissioned by wealthy oil barons. Bars and cafés line the streets along with a few nightclubs. 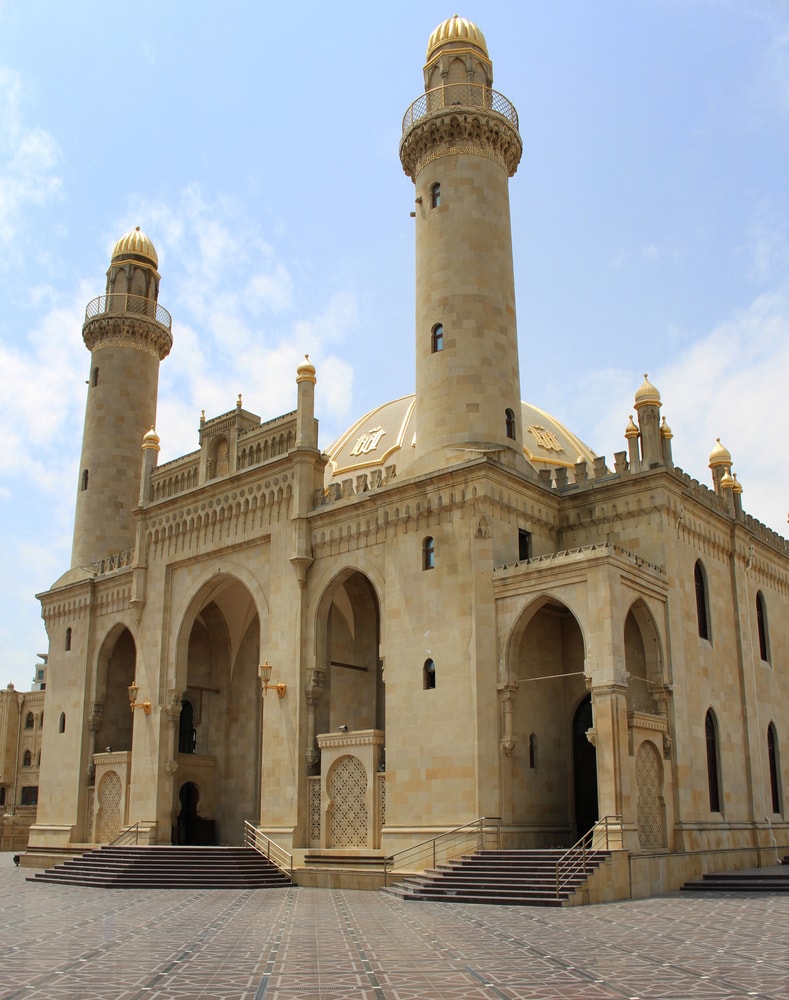 Stroll a few blocks north of Baku Boulevard, and enter Nasimi, another sprawling neighbourhood. The train station, Baku’s central hub 28 May Station and several shopping malls are located here. The long Fizuli Park and Central Concert Hall are worth visiting too. The further north in Nasimi, the fewer attractions. 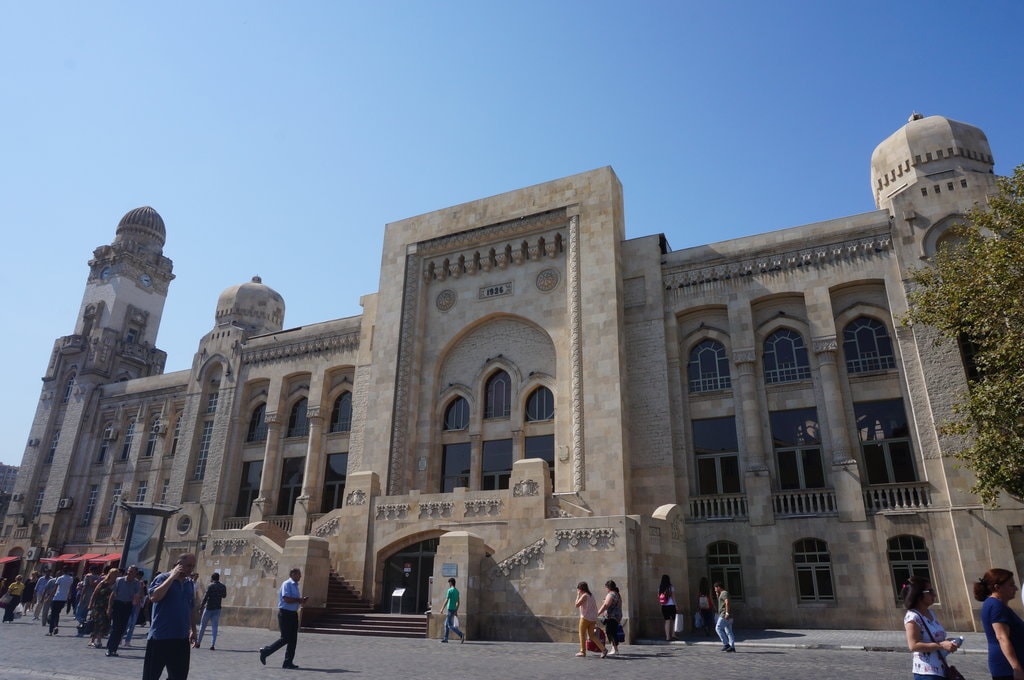 Baku White City in the east covers a small area transforming into a residential district. Nothing sounds out of the ordinary. But look deeper at the stylish apartments, a deliberate contradiction to the drab Soviet blocks, and find an ironic twist: Baku White City is a redeveloped area of Baku Black City.

In 1847, under the Russian Empire, the world’s first wells began extracting black gold. Just over a decade later, Baku provided approximately 90% of the global supply. Rapid industrialisation mixed with dirty crude oil made the district polluted and grimy. Everything was black. Fast forward to the 20th century, and the city produces a small percentage of the world’s oil, and most extraction takes place offshore. The western part of the former industrial district started to develop and was given the name Baku White City.

A promenade extends a few kilometres east of Baku Boulevard to reach the new neighborhood. Not much to do here, but a cool backstory. Plans aim to build a park, a fountain garden, a Ferris wheel like Baku Eye and shopping malls. Who knows, in a few years, this may be the hottest neighbourhood in Baku.