Austria’s second most popular travel destination is well known for skiing and winter pursuits, but Sölden is now firmly establishing itself as a holiday hotspot for other activities throughout the year.

As ski resorts across Europe prepare for another snowy winter season, one destination has just experienced a bumper summer thanks to a number of initiatives that have made it an essential summer holiday hotspot for thrill seekers and culture lovers. The mountains and valleys of Sölden in Tyrol boast several unique attractions that offer something for every type of traveller. 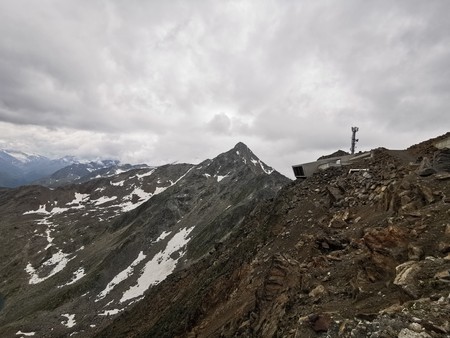 007 ELEMENTS is embedded into the mountains of Sölden | © Culture Trip

Fans of the Bond franchise will instantly recognise the area. A spectacular chase sequence took place here in Spectre (2015), the 007 instalment starring Daniel Craig and Christoph Waltz. The espionage franchise is famed for its use of stunning locations from around the world, and ice Q fits the bill perfectly. The Gaislachkogl mountain peak is at an altitude of 3,048 metres (10,000 feet), making the restaurant that sits atop it one of the highest such establishments in the world. For the movie, director Sam Mendes and his team turned the restaurant into a futuristic clinic and base for the villains. 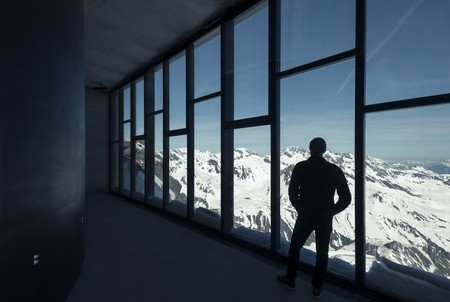 007 ELEMENTS was completed soon after the film was released. The purpose-built structure is carved into the mountain itself, and as such, it is temperature-controlled to maintain the integrity of the compact ice and stone it sits on. Fans keen on visiting are in for an unforgettable experience – just be sure to pack your winter coat!

Props from Spectre are spread across the venue, which also covers many of the other instalments in the series.

When heading up the mountains for ice Q and 007 ELEMENTS, either by cable car or hike, it’s impossible to miss the vast network of cycle trails across the area. These are part of the incredible Bike Republic Sölden trails that were launched in 2015. These routes are built with cyclists of all levels in mind and are ecologically designed to make the most of the natural scenery without causing any permanent damage to the area. 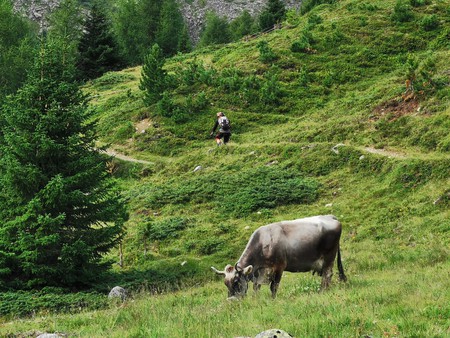 The Ötztal Alps have been a favourite for skiers and winter sports enthusiasts for decades now, but since it opened, Bike Republic Sölden has drawn in cyclists looking for something different than the usual trails and challenges. There are dozens of lanes to enjoy, from adrenaline-fuelled downhill sprints to more leisurely scenic paths.

Sustainability has been at the forefront of the development of Bike Republic Sölden, and construction is ongoing. The concept is very much about creating a nation for cyclists, with many of the routes being named in the local dialect. Visitors are called ‘citizens’ and are even given their own ‘passport’ for their stay, which is part of the overall experience. Completing specific routes will result in a stamp or a visa – just like the real thing! 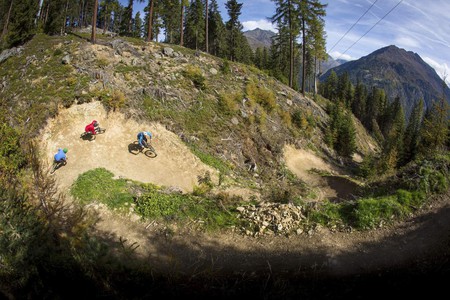 Bike Republic Sölden is one of the biggest dedicated cycle networks in the world. The Langeggbahn (summer mountain lifts) is the best way to head to the top, with some trails offering a surf-style descent with banked turns and loose gravel. To get the best overview, download the interactive 3D map of the network.

Wet and wild adventures at AREA 47

For the ultimate summer experience, AREA 47 is a water-based theme park that offers all manner of activities from rafting to blobbing. For the uninitiated, blobbing involves leaping onto a giant inflatable platform (the ‘blob’) and launching a fellow participant into the air before splashing into a vast pool. You then slide yourself along to the end of the blob and wait for someone to return the favour. 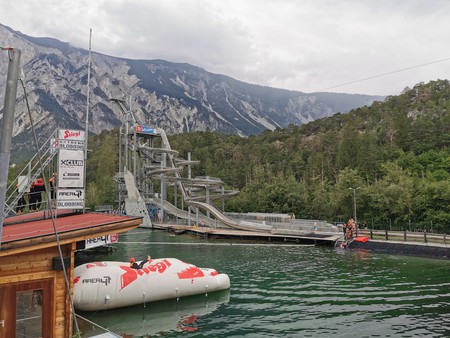 There are various ways of travelling to Sölden. The international train terminal at Ötztal-Bahnhof offers comfortable journeys from all corners of Europe, and there are several shuttle services to the main hotels, including the five-star Das Central. The hotel was the base for many of the cast and crew while filming Spectre and offers convenient access to 007 ELEMENTS and ice Q.

There are several airports that serve the area, with Innsbruck and Munich within easy reach by car.