What Was the Grand Tour and Where Did People Go? 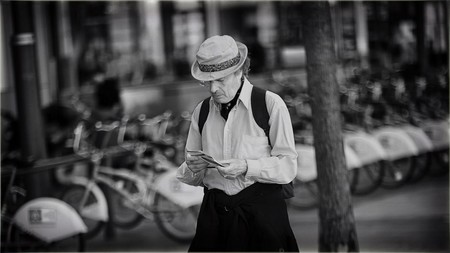 Nowadays, it’s so easy to pack a bag and hop on a flight or interrail across Europe’s railway at your own leisure. But what if it was known as a right of passage, made no easier by the fact that there was no such modern luxury? Welcome to the Grand Tour – and we’re not talking about Jeremy Clarkson’s TV series…

What was the Grand Tour all about?

The Grand Tour was a trip of Europe, typically undertaken by young men, which begun in the 17th century and went through to the mid-19th. Women over the age of 21 would occasionally partake, providing they were accompanied by a chaperone from their family. The Grand Tour was seen as an educational trip across Europe, usually starting in Dover, and would see young, wealthy travellers search for arts and culture. Though travelling was not as easy back then, mostly thanks to no rail routes like today, those on The Grand Tour would often have a healthy supply of funds in order to enjoy themselves freely. 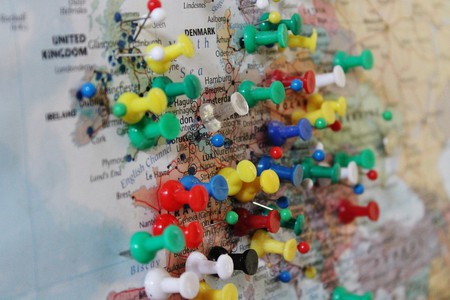 What did travellers get up to?

Just like us today, explorers travelled to discover and experience all kinds of different cultures. With their near-unlimited funds, travellers would often head off for months – or even years – in search of Western civilisation, perfecting their language skills and even commissioning paintings in the process.

Of course, in the 17th century, there was no such thing as the internet, making discovering things while sat on the other side of the world near impossible. Cultural integration was not yet fully-fledged and nothing like we experience today, so the only way to understand different ways of life was to experience them yourself. Hence why so many people set off for the Grand Tour – the ultimate trip across Europe!

Travellers (occompanied by a tutor) would often start around the South East region and head in to France, where a coach would often be rented should the party be wealthy enough. Occasionally, the coaches would need to be disassembled in order to cross difficult terrain such as the Alps.

Once passing through Calais and Paris, a typical journey would include a stop-off in Switzerland before crossing the Alps in to Northern Italy. Here’s where the wealth really comes in to play – as luggage and methods of transport would need to be dismantled and carried manually – as really rich travellers would often employ servants to carry everything for them.

Of course, Italy is a highly cultural country and famous for its art and historic buildings, so travellers would spend longer here. Turin, Florence, Rome, Pompeii and Venice would be amongst the cities visited, generally enticing those in to extended stays.

On the return leg, travellers would visit Germany and occasionally Austria, including study time at universities such as Munich, before heading to Holland and Flanders, ahead of crossing the Channel back to Dover. 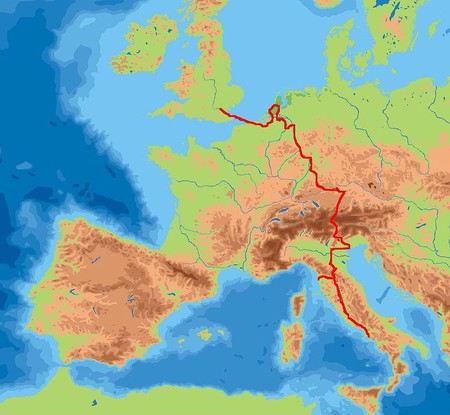