These Unbelievable Drone Photos Will Fuel Your Wanderlust 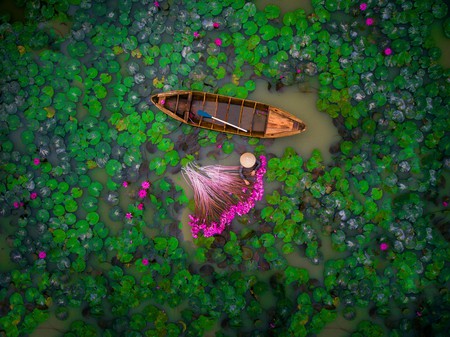 The winners of Dronestagram’s 4th International Drone Photography contest have been revealed, and they’re some of the most spectacular images from around the world you’ll see today. From thousands of entries by international amateur and professional drone photography enthusiasts, nine winners have been chosen in three categories: Nature, People and Urban; for their exceptional skill and creativity in taking aerial photographs.

The breathtaking images below were chosen by an expert panel of judges including National Geographic Deputy Director Patrick Witty and Emanuela Ascoli, Photo editor of National Geographic France and Dronestagram. “I was blown away by the creativity of the photos in this contest,” said one of the judges, Jeff Heimsath, Photo Editor at National Geographic Traveler. “The photographers used drones to capture the world from new and unique perspectives.”

From Greenland and Vietnam and Spain to Dubai, below you’ll be taken on an illuminating journey. 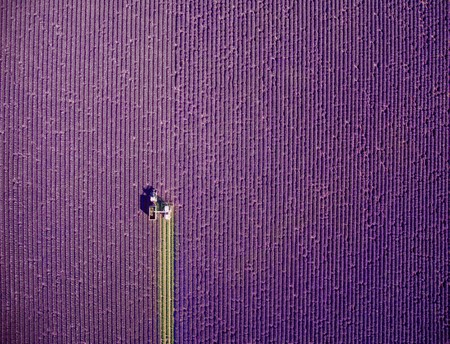 London-based French photographer Jerome Courtial didn’t want to just capture the ‘classic’ sunset landscape image of Provence’s Lavender fields, so instead waited patiently to take this abstract shot of a tractor harvesting the crop in Valensole. 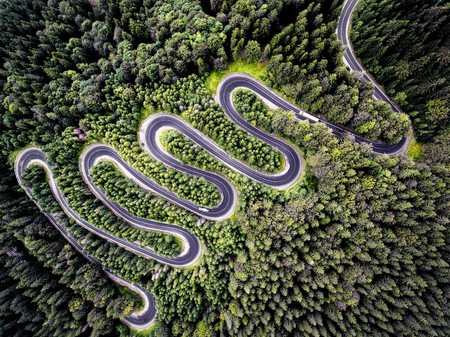 If you’ve ever wondered what Count Dracula’s view would be over Transylvania, then Calin Stan‘s stunning shot of the Cheia DN1A road in Romania is the closest you’ll get. Part of the professional photographer’s ‘Transylvania Roads Project’ it captures the road that leads to Sighisoara, Count Dracula’s birth place. 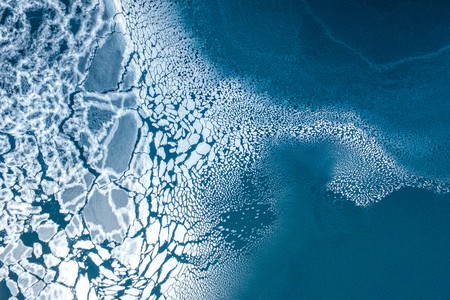 27-year old Florian Ledoux started photographing Greenland in 2014 to capture the changing Inuit culture. Ledoux’s prize-winning shot was taken in one of the remotest parts of the world over open sea, testing the capabilities of the drone in the minus 20 degrees weather conditions. 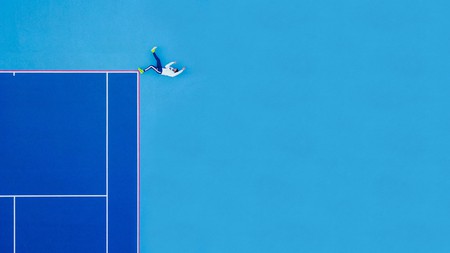 1st Prize Winner – End of the line by @zekedrone

Martin Sanchez discovered this empty tennis court in New Jersey after a day of shooting on the coast. He’d been looking for a ‘canvas’ site for a performance shoot he wanted to do for a while and managed to take the photograph just before a couple came to actually play tennis on the court.

Surrounded by a sea of luscious green lily pads, Le Duong took this stunning images of a woman harvesting vibrant cerise wild water lilies in the Mekong Delta, which is known as the Nine Dragons River to the Vietnamese for the number of river mouths that lead to the sea. 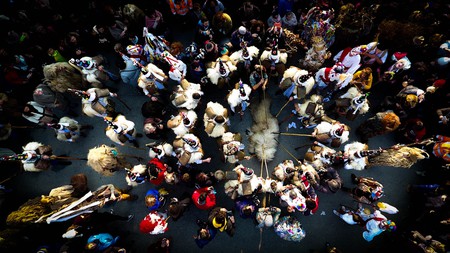 Designer Javier Bustamante captured this intriguing shot at the La Vijanera, a carnival celebrating nature in Silió, Spain. Here, a host of masqueraders dressed as hunters perform capturing a bear at the culmination of the festivities. 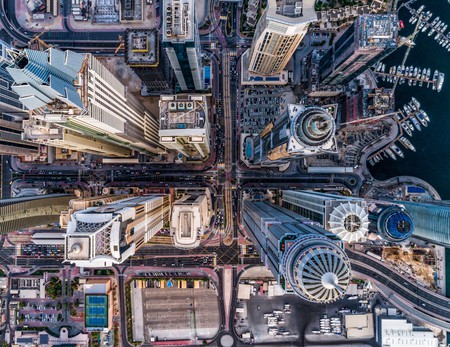 As Bachir Moukarzel explains, his unbelievable arial shot perfectly captures the urban transformation and birth of a city, “This picture was shot at sunset in Dubai at 6pm, trying to capture an area which was literally a desert 10 years back and has now became a concrete jungle with the highest buildings in Dubai.” 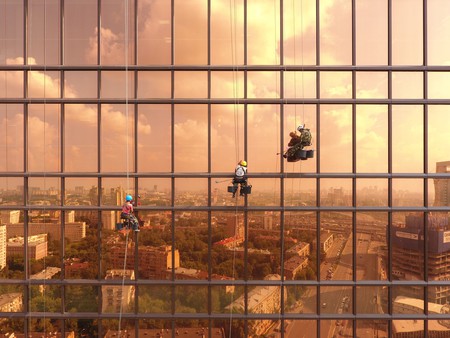 The view from one of Europe’s tallest skyscrapers is something to behold. Here, Russian physicist Alexy Goncharov photographed the window cleaners on the 338.8m high building in Moscow early one morning on his way to work. 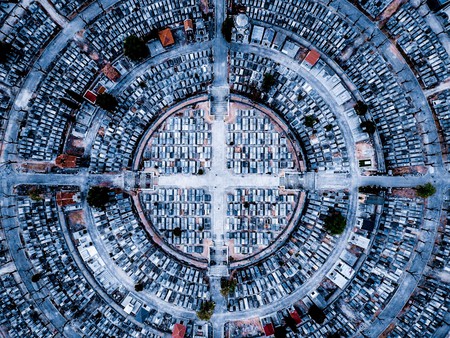 Student Luis Saguar Domingo wanted a shot for his Instagram account and was struck by the symmetry of this urban locale in Madrid.