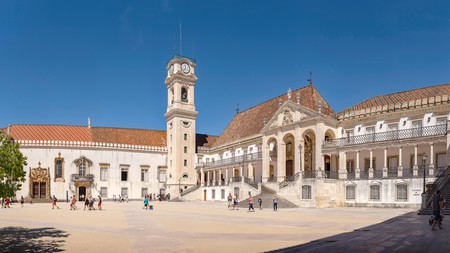 While many flock to the ever-popular tourist destinations of Paris, London and Rome, there’s beauty to discover in other, lesser-known cities across Europe. Looking for a more intimate travel experience? From Odense in Denmark to Sibiu in Romania, check out these 10 culturally-rich places in Europe that you might not know about.

As the birthplace of beloved writer Hans Christian Andersen, Odense offers fans of his fairy tales a peek into his life. The city is filled with attractions dedicated to the author. Visit one of the many museums commemorating his life, see various statues and sculptures depicting events from his most famous stories, and even take a seat on the oddly decorated public bench meant to resemble one of his fairytale characters. Odense is the third-largest city in Denmark and has been the capital of Funen for over 1,000 years. As is true for most of the country, the picturesque city streets are designed for cyclists and pedestrians, making this city an ideal stop while cycling or walking the streets.

To really immerse yourself in the city, book a stay at one of Odense’s Airbnbs, ranging from cosy, romantic apartments to entire houses fit for a family holiday. 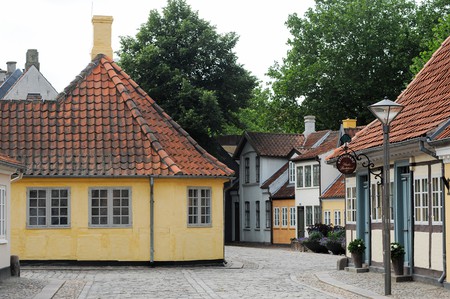 Once known as the capital of Portugal, Coimbra is steeped in medieval history and vibrant culture. Head to the University Quarter, visit one of the city’s great churches, scope out the beautifully aged architecture dating back to the Roman era or check out one of the many art galleries. Found on the east bank of the Rio Mondeg, Coimbra has surroundings that are equally as stunning as the city itself. Don’t miss the Roman ruins at Conímbriga or the stunning medieval hilltop fortress of Montemor-o-Velho, just a short drive from the town.

Head to this hidden gem for an easy day trip from Porto or Lisbon, Portugal’s most visited cities. Or if you find yourself with more time, make Coimbra your next holiday destination, and book a stay at one of the many Airbnbs on offer. 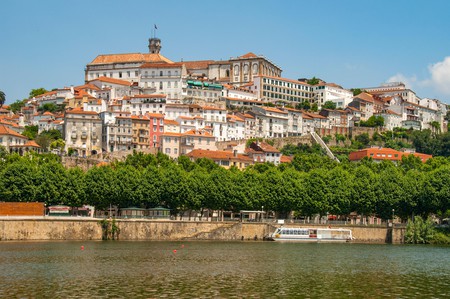 Straddling the Dreisam River and sitting just off the edge of the Black Forest in southwest Germany, lies Freiburg im Breisgau, a charming city nestled at the bottom of the magical tree-covered hill, Schlossberg. The picturesque setting is perfect for a relaxing weekend away or an enjoyable day trip from Basel or Zurich. Cycling enthusiasts (mountain bikers, specifically) will revel in the array of trails leading through the city and into the Black Forest, but even road racers can get their thrill fix, as superbly flat roads surround the Rhine Valley. Looking for a relaxing afternoon? This little gem is also known for its fabulous wines, tiny little canals, the Augustiner Museum, and the Münster Cathedral, one of the oldest churches in all of Europe.

As Freiburg im Breisgau is so close to the borders of France and Switzerland, this city would make an excellent addition to any European tour. Be sure to stay long enough to soak up the city, and even spend a night or two in one of the city’s Airbnb properties. 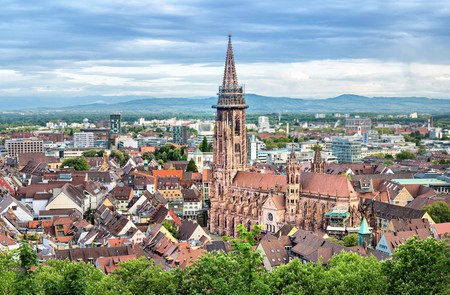 Maastricht may not have the same worldwide fame as Amsterdam, but it is arguably just as beautiful. Lying on both sides of the Meuse River, the city is surrounded by stunning countryside and historic castles. The entire inner city is easily explored by foot, and as one of the oldest cities in the Netherlands, it has plenty of historic wonders for visitors to discover. An underground tour to the casemates is an absolute must for inquisitive historians; participants are gifted with the rare opportunity to explore the network of passages that lie underneath Maastricht.

Alongside its exciting history, Maastricht is also home to some glorious vineyards, brilliant art galleries and exquisite restaurants. Once you’ve taken it all in, rest your head at one of these Airbnb rentals around the city. 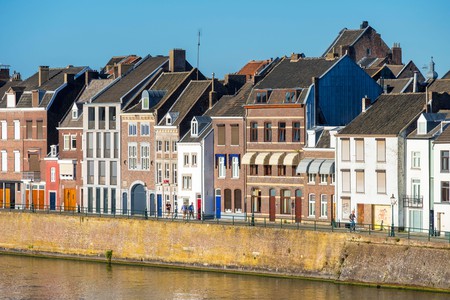 Maastricht, in the Netherlands, is arguably just as captivating as Amsterdam | © Jason Langley / Alamy Stock Photo

Matera, a historic city with a rich culture, is just a few hours away from the stunning Amalfi Coast and makes for an ideal day trip. Made up of cave dwelling districts known as the Sassi, Matera offers visitors the option to dine or even spend the night in one of these caves. If you’d rather stay aboveground, Matera has a number of great hotels on offer, or you might prefer to rent an Airbnb property for a homelier experience.

Go for the guided tour of the city – a must if you’re looking to fully understand the history of this old town. 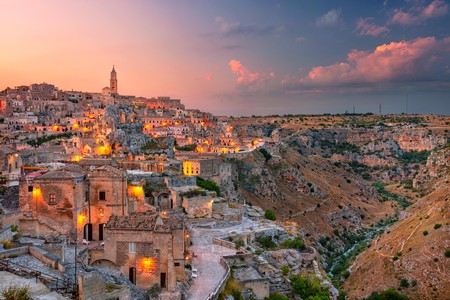 Matera is a historic city in Italy, a few hours from the Amalfi Coast | © zrudi1976 / Alamy Stock Photo

Crowned the European Capital of Culture back in 2015, Mons is home to three Unesco World Heritage masterpieces: the Belfry, the Neolithic Mines in Spiennes and the Dou Dou. Despite being less famous than Brussels, Bruges and Ghent, this Belgian city has a mix of stunning civil, religious and military buildings.

Van Gogh also spent a good part of his life residing in the city of Mons, and his former house is open for visitors to explore. Though you can’t spend the night there, plenty of other homes around Mons are available to rent on Airbnb. Who knows – maybe you’ll be inspired to create your own art during your stay. 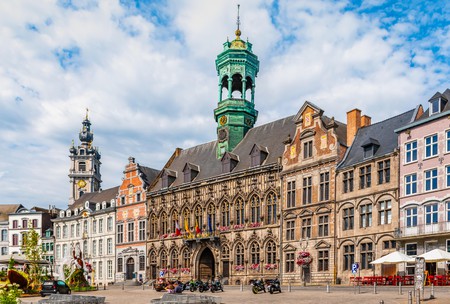 Pilsen lies about 90km (56mi) from Prague in Western Bohemia, and although it is not as well known as many other Czech cities, it still has a lot to offer. At the town centre lies an old, picturesque square lined with beautiful trees and manicured gardens. The rest of the city is much more industrial – and unsurprisingly so, as it’s the birthplace of Pilsner beer and home to Skoda Engineering Works – but don’t let this deter you. Visitors can explore the various museums and art galleries that are scattered around the city, or enjoy a night of live music at one of the many concerts held here.

Pilsen was named the second European Capital of Culture back in 2015 (after Mons in Belgium), so expect to witness a series of cultural events throughout the year. Plan ahead for these events by booking a hotel or Airbnb rental in advance. 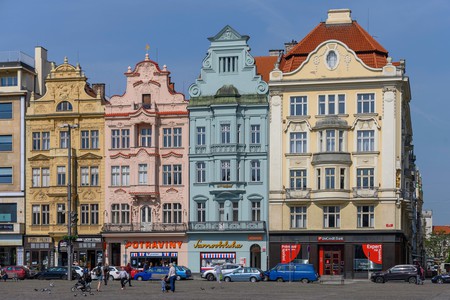 Pilsen, in the Czech Republic, is the birthplace of Pilsner beer | © imageBROKER / Alamy Stock Photo

A fusion of Romanian, German and Hungarian cultures, the city of Sibiu – just across the Cibin River in Romania – is a beautiful portrayal of architecture that dates back to the Middle Ages. A cyclist-friendly city, Sibiu can easily be explored by bicycle as well as on foot. Spend a few hours meandering around the old town and revel in the beauty of the ancient architecture (said to be constructed by German settlers back in the late Middle Ages). Don’t miss the Citadel of Sibiu, one of the best-fortified citadels in Europe, which remains very well preserved.

Once you’re done exploring, grab some dinner at one of Sibiu’s great restaurants and then unwind at one of the city’s Airbnb’s offerings. 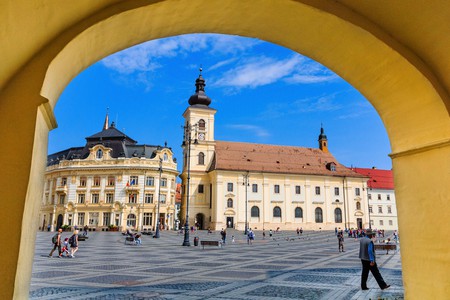 Strikingly different from Krakow and Warsaw, Toruń is one of Poland’s best-kept secrets. As the birthplace of the famous astronomer Nicolaus Copernicus, the city is filled with landmarks related to him, including a statue built in his honour and a museum that used to be his home. Toruń is especially known for its gingerbread, or pierniki in Polish, and can be found in almost every shop across the city. There’s even a museum dedicated to this local delicacy.

For those who want to linger and enjoy this Polish destination, Toruń has plenty of great accommodation options, from hotels and hostels to riverside Airbnb rentals. 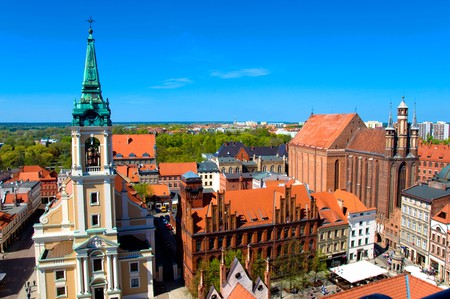 Vézelay, located in Burgundy, France, is a stunning hilltop town and Unesco World Heritage site. It is most famous for the Basilica of Sainte-Marie-Madeleine, or Vézelay Abbey, a remarkable church dating back to the 11th century. In the summer, geraniums bring a burst of vibrant colour to the city, and the golden glow of the sunset makes for a romantic stroll along the streets, with views of beautiful architecture and the Cure Valley.

Aside from its picturesque panoramas and architecture, Vézelay is also known for its local white wines, quirky boutiques, fine art galleries and independent cafes. Nearby are some excellent Airbnb rentals too, ranging from cosy studio apartments to charming holiday homes. 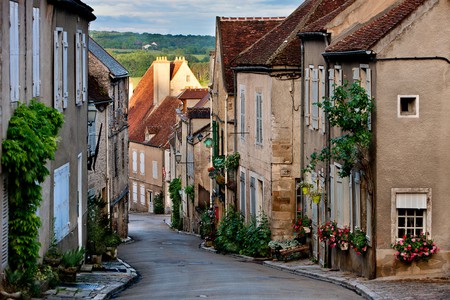