Beautiful Villages You Need to Visit in Europe 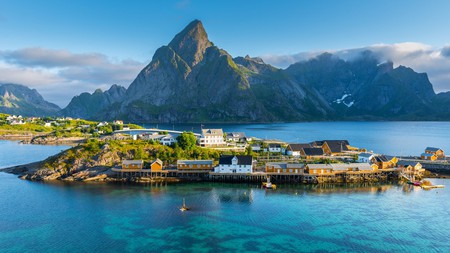 Europe’s smaller towns and villages are often overlooked in favour of major cities and capitals brimming with tourists. Yet, these tiny European wonders are just as enchanting.

Forget Paris or Vienna. These relatively unknown villages in countries such as Austria, France and Romania are ideal for staying off the grid and enjoying a relaxing holiday. Offering incredible landscapes and a wealth of exciting things to do, it’s a surprise that most people haven’t heard of them yet. Choose your favourite from our selection of beautiful villages to visit in Europe.

This lakeside village in central Austria used to draw up to 10,000 daily visitors before the pandemic hit in 2019. Those numbers are now way lower, yet Hallstatt’s beauty shines even brighter. Expect to see houses emerging from a verdant cliff and almost blending in with the glassy lake, against the backdrop of towering peaks. As you’re strolling along cobbled streets, catch a glimpse of the Hallstatt Lutheran Church and its tall spire, or enjoy your coffee in one of the colourful cafes overlooking the lake. Carve out some time to explore the prehistoric tunnels of Salzwelten Hallstatt, the oldest salt mine in the world, which were once used to carry “white gold” out of the mountain. 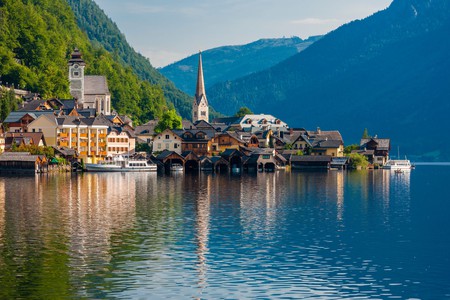 It’s no wonder Kaysersberg was voted as the “favourite village of the French” back in 2017. This tiny, cobblestoned town in the picturesque region of Alsace is known for its pretty houses with the wooden roofs and stripes across the facades, similar to those found in Normandy. The name of the village is German and means “Emperor’s Mountain”, echoing the town’s imperial past. Kaysersberg was once part of the Holy Roman Empire, with the Imperial Castle protecting it being one of the oldest circular castles in Alsace – built towards 1200. Walk past its 4m (13ft) thick walls and you will find a manor house, along with a 100-step stairway that leads to the top, offering magnificent views of the village. 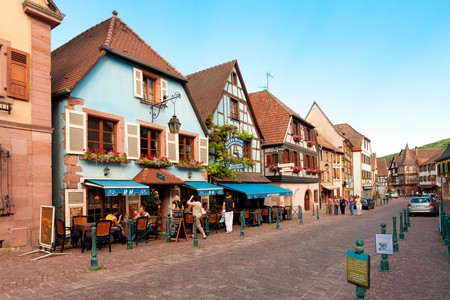 Kaysersberg is known for its pretty houses | © Marco Arduino / Alamy

Sitting on a slim stretch of land between a steep cliff and the Meuse River, the picture-perfect Dinant looks like a fantasy, the kind you only encounter in Disney films, or in your dreams. Still, its multi-coloured houses – one attached to the other – and its fairytale 13th-century Gothic cathedral (complete with a pear-shaped bell tower) are very much real. As if all of this wasn’t dreamy enough, at the top of the cliff lies an impressive citadel that can be reached by way of a glass-panelled cable car. Within its walls, you will find the Weapons Museum, a cafe and a restaurant. Dinant is also the birthplace of Adolphe Sax, inventor of the saxophone, and the birthplace of the beer Leffe. 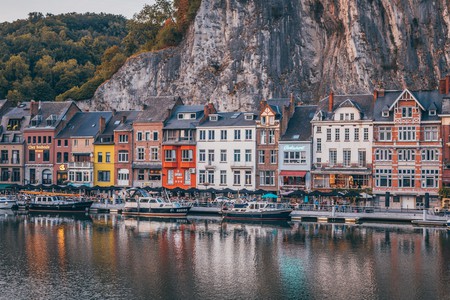 Dinant is fairytale gorgeous | Photo by Denis-Quentin Simon on Unsplash

Few places look more spectacular than the Lofoten Islands in Norway. Majestic fiords and frozen beaches meet quaint fishing villages, all gleaming under the summer midnight sun or the winter northern lights. No matter which time you choose to visit, these villages looking out to jagged mountains and calm waters are sure to win you over. Among the prettiest is Reine; sitting on the island of Moskenesøya, just above the Arctic Circle, Reine has an array of red and yellow houses that look as if they’ve sprung out of a Monopoly board. Some of these fishermen’s cabins (called rorbuer) have been converted into cosy cottages available for rent – the views across the Norwegian Sea are unreal. 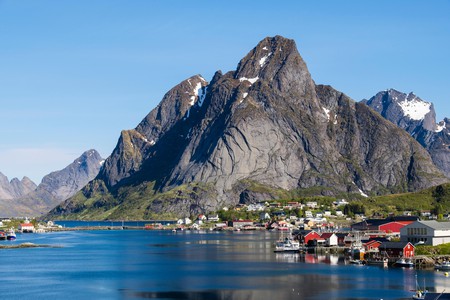 If Venice had a little cousin, it would be Giethoorn. This tranquil village in the Dutch province of Overijssel is often referred to as the Venice of the Netherlands, thanks to its many canals. Just like Venice, Giethoorn has no roads, so if you’re willing to explore it, make sure to park your car at the dock and rent a boat. There are also a few footpaths and bike trails that could do the trick, but floating your way between thatched-roof farmhouses and flower-filled cottages beneath wooden bridges is frankly so much better. Somewhere along the way, the locals might let you take a picture in front of their homes or even stay in one, as several of them are rented out to visitors. 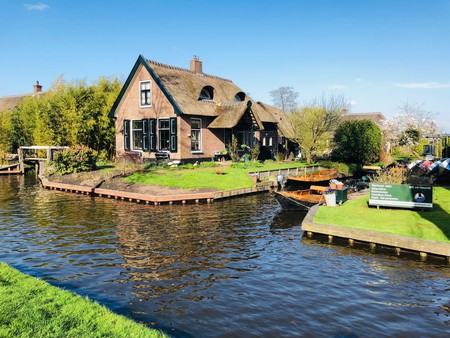 When you think of the Greek islands, Mykonos and Santorini are probably the first ones that come to mind. Yet Kefalonia, in the Ionian Sea, is also worth a visit, if only for its amazing beaches and charming villages. Among the latter, the cosmopolitan Fiskardo and the unassuming Assos stand out. Assos feels especially unique in all its simplicity. The village is found at the bottom of a hill that is dotted with pastel-coloured houses, old churches and a Venetian castle overlooking the peaceful harbour. Enjoy the views from one of the traditional taverns by the sea or hike up to the castle for some marvellous, uninterrupted vistas from up high – as a bonus, the trail passes through lush olive tree forests. 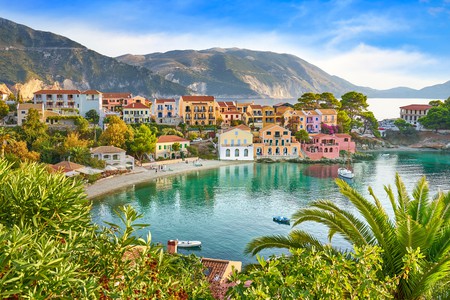 For fans of the great Dracula, the Transylvanian town of Sighișoara is the place to go. This is actually the birthplace of Vlad the Impaler, the vicious Prince of Wallachia who inspired Bram Stoker’s classic 1897 Dracula novel. Vlad’s childhood home is, in fact, available to visit; it has been converted into a medieval-style restaurant that sits on the ground floor, while the first floor hosts a tiny weapon museum. All morbid things aside, Sighișoara also has a brighter side. Walk past the extensive remnants of the medieval fortifications in the historic centre, and you’ll come across a number of painted houses in pastel hues that allude to a much happier place than the one that gave birth to Dracula. 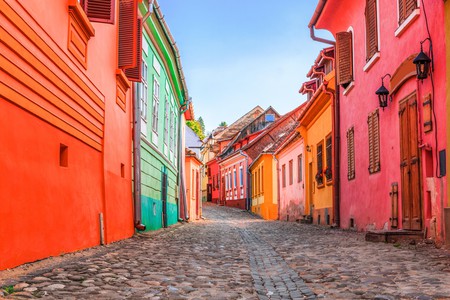 If you crave more coloured houses, then head to Cobh. There are 23 of them stacked together along a slanted uphill street, giving the impression that if the house on the bottom falls, then the rest of them will follow suit, just like a row of dominoes. The fittingly called Deck of Cards Houses were built in the 1850s, and their jolly facades are bound to make your day. Also not to be missed is the neo-Gothic St Colman’s Cathedral that sits in the background, and the Titanic Museum. Cobh was the final port of call for the RMS Titanic, and the museum once served as the White Star Line Ticket Office, the departing point for passengers of the ill-fated ship. There’s also a cemetery where the passengers have been buried. 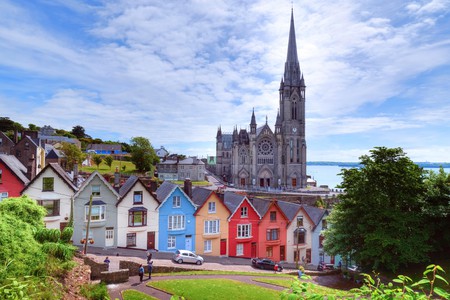