Following centuries of colonial rule, the Republic of Honduras remains somewhat of an enigma, rife with internal rebellion and hidden conflict. In both literature and film, the social and political instability that has shaped Honduras is evident, revealing the marks left by corruption, debt and foreign intervention. Hadley Middleton selects three works that tell the story of Honduras from different perspectives.

For New Zealand journalist Kennedy Warne, the Honduran Coast is currently experiencing its most potent threat: the appetite of American consumption. In his travelogue Let Them Eat Shrimp, the environmental enthusiast portrays the United States as an insatiable consumer to whom the Honduran ecosystem is sacrificed for supermarket seafood. An impassioned plea for conservation, Warne’s book stresses the ecological strains suffered by Honduras.

Dangerous Living: Coming Out in the Developing World

While Warne’s account confronts an urgent, global ecological issue, a 2003 documentary confronts another: the animosity surrounding LGBT individuals in the developing world. Narrated by Janeane Garofalo, Dangerous Living: Coming Out in the Developing World details the struggles and successes of homosexual men and women in the developing world. Conducting a global sweep across various nations and continents, Dangerous Living reminds the world that although gay marriage seems a possibility in parts of the world, persecution and fear remain the norm. It features a particularly harrowing account from a brave, Honduran single mother. 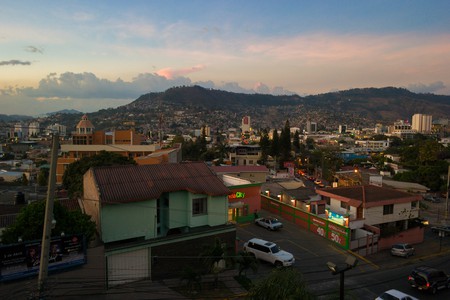 In fiction, no book has better evoked the hypnotic tropics of the Central Americas than Paul Theroux’s The Mosquito Coast. Later made into a 1986 movie starring Harrison Ford and a young River Phoenix, Theroux’s novel details a family rejecting their American homeland and seeking refuge in the jungles of Honduras. For Theroux’s protagonist, America is an immoral metropolis of waste and misconduct, but the Mosquito Coast ironically brings out an obsessive, maniacal and dangerous American hero.