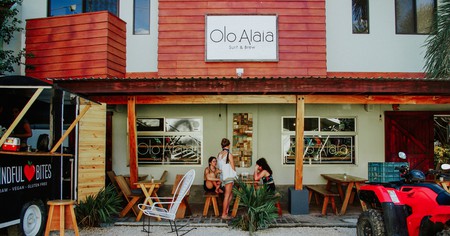 When Robbie Vicker brought together his passions: environmental awareness, dedication to the community, acute attention to detail and love of Costa Rica, he ended up with Olo Alaia – a cafe and surf shop that fulfils a niche previously missing in Playa Guiones.

Robbie Vicker, a passionate surfer originally hailing from Ireland, settled in Playa Guiones in 2008. From a young age, Robbie claimed that surfing was going to change his life – he just didn’t know how. He spent his 20s and early-30s in Montauk, New York, but eventually grew tired of the long, cold winters and set his eyes southward to warmer climes. 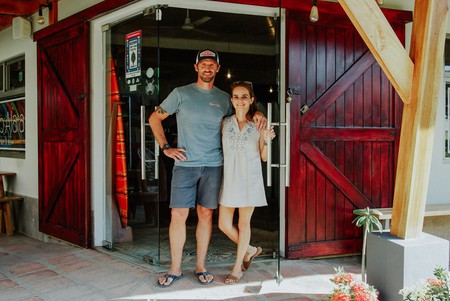 He learned about Playa Guiones from a friend and began taking solo trips there in 2002 to surf. Robbie met his future wife, Nella Ramirez Peralta, in 2007 at the Nosara Fiestas and became even more incentivized to figure out a way to relocate permanently to this year-round surfer’s paradise. 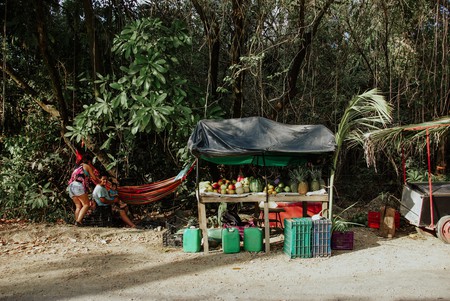 Robbie and Nella opened a much-needed grocery store in Playa Guiones and successfully ran that business together for five years. By the sixth year, Nella managed the grocery store and Robbie spent the majority of his time planning and building what would become Olo Alaia.

Robbie wanted to build a lifestyle surf shop from the ground up, using all locally sourced materials. The idea was to create a space that everyone could enjoy. The result of the arduous and labor-intensive renovation, which he completed almost entirely on his own, was precisely that. Olo Alaia is a harmonious space, and you can feel the love and attention to detail that went into creating it. 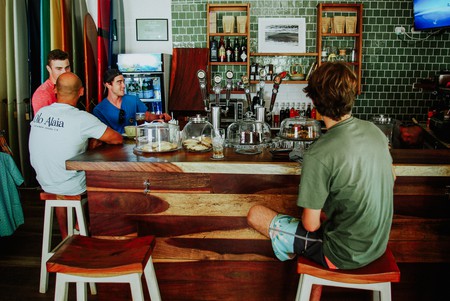 At Olo Alaia, you will find some of the best locally brewed craft beer in Costa Rica, artisanal coffees made from small batch and locally sourced coffee beans, and a collection of surfboards that can only be described as ‘functional art’. The beers, beverages, and boards were all hand-selected by Robbie himself after extensive research and testing.

Robbie also picked the name of the shop carefully. Olo and Alaia are the names of the first two traditional Hawaiian surfboards. Olo boards were reserved for the Hawaiian chiefs and were long and narrow; Alaia were for commoners and were short and thin. Both models were constructed out of koa, ulu or wiliwili wood, which are native to Hawaii. The name is an homage to surfing. 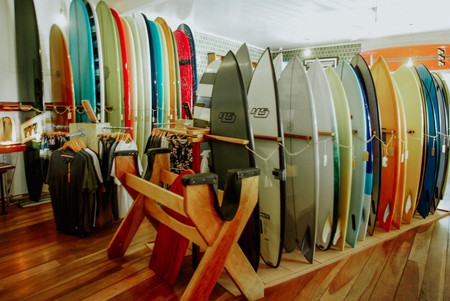 There is something unique about the surf-shop component of Olo Alaia. The boards sold in the shop were purposefully chosen because they are ideally suited for the type of waves found in Playa Guiones. A colorful collection of boards made by Donald Takayama, Bing, Almond, Hayden Shapes, Superbrand, NSP, and Degree 33 take center stage.

A cornerstone in the community

Olo Alaia is more than just a brewhouse and surf shop. In the past year, Olo Alaia has organized and hosted several community events with the aim of supporting local artists and organizations. There have been photography exhibits, art shows, surfboard demos, independent film showings and fundraisers, as well as celebrations such as Oktoberfest. Most of the events also feature the food of local restaurants and food trucks such as Mindful Bites and The Naked Purple Elephant. 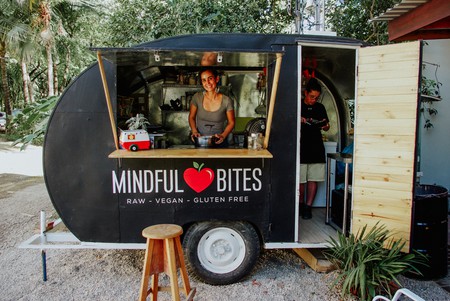 The last benefit event supported Guardianes de la Naturaleza, an organization that empowers children to be guardians of the planet, and more events and benefits are in coming up this year.

Olo Alaia brings people together and is a cornerstone in the community of Playa Guiones. The business model is dynamic, and aside from selling beers, coffee and surfboards, Olo Alaia also offers surf lessons, guided surf tours, surfboard storage (if you buy a board from them), a wide variety of environmentally-conscious products, and even apartments for short-term rent that are directly above the shop. 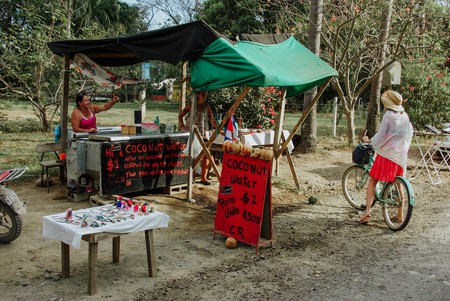 Located in the heart of Playa Guiones, Olo Alaia embodies the spirit of the laid-back surfer’s way of life, but welcomes people from all walks of life – surfer or otherwise. 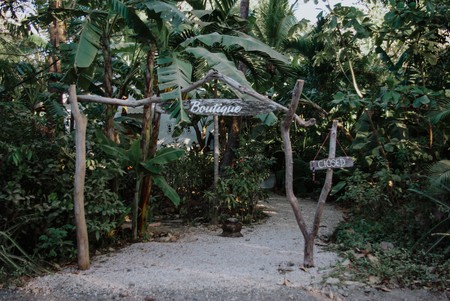