The Story of Vietnamese Weasel Coffee 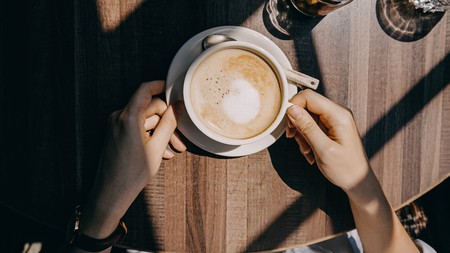 Coffee is an essential part of many people’s morning routine, but have you ever tried Vietnam‘s weasel coffee? We take a look at Cut Chon (Kopi Luwak), the coffee that – from perhaps the humblest origins of all – became one of the most sought-after luxury beverages in the world.

Weasel coffee: “You want me to drink what now?”

“Weasel Coffee” – also known in Indonesia as Kopi Luwak – is made via a process in which coffee cherries are eaten by an Asian palm civet: a small mammal somewhere between a raccoon, a mongoose and a lively house cat. These furry little creatures eat the cherries, which they partially digest and then excrete. Farmers then recover the beans, thoroughly wash them and continue the coffee roasting process. Sound appealing? Thought so.

When offered a cup of weasel poop coffee, most people can’t be blamed for being a little suspicious, expecting the flavour to be… earthy. But that’s not the case.

The civet’s digestive tract partially ferments the cherries, changing their chemical composition. The result is a cup of rich, smooth coffee with cacao and salted caramel notes. It’s exquisite.

According to the folks at Pho Co, a weasel-coffee roaster in Hanoi, it’s the civet’s discerning palate that helps ensure weasel coffee is of such a high quality.

“If the tree is sick, or the fruit isn’t ripe, the civets don’t touch it. They only choose the best red berries in the trees with perfectly ripened fruit. This means the coffee has quality control built in, as they’ve been chosen by a team of weasel experts.”

The science of farm (to weasel) to cup

According to research by Professor Massimo Marcone at the University of Guelph in Canada, during the weasel’s digestive process, enzymes pass through the beans’ pectin layer, changing their protein and molecular structure, creating sugars and mellowing the flavour.

The story of weasel coffee in Vietnam is – much like the Banh Mi – a story of colonialist oppression, ingenuity and rebellion. When coffee was first cultivated en masse by colonists using Vietnamese labourers, the locals weren’t allowed to sample this new cash crop themselves.

Thach Que Tram, head of marketing at Ca Phe Chon Da Lat, a civet coffee farm in the Vietnamese highlands, says, “one day, workers found some coffee beans in the weasels’ droppings. They took them home and made the coffee secretly. It turned out that the coffee was better than the stuff from the tree.”

The farmers collected beans and after washing them thoroughly, had their very own coffee. They quickly realised that beans that had passed through a civet’s digestive tract developed a flavour they preferred to untreated coffee.

Today, Ca Phe Chon Da Lat has over 150 Asian palm civets spread across its two-hectare (five-acre) organic coffee farm. Thach explains, “every year, there is one coffee season from the end of October to February. In the coffee season, weasels will eat coffee cherries two to three times a week.”

Ca Phe Chon Da Lat offers tours throughout the coffee season so visitors can see the weasels doing their part in the manufacturing process. Then, to make up for the fact that people have travelled several hours up a mountain to watch a messed-up-looking cat do its business, they can try some great coffee fresh from the source.

Weasel coffee has become increasingly popular around the world. Unfortunately, the naturally occurring process is very labour-intensive, as farmers need to search miles of jungle to find the poop of a wild civet that may only have eaten a few beans. This has driven the price through the roof; you can walk into a very trendy café in Central London and drop £50 on a single cup.

This high demand has led to a distressing rise in civet poaching across Southeast Asia.

While some farms work to ensure that their civets aren’t acquired from the wild, are given adequate space and have access to a diverse diet, illegal trade is a problematic part of an industry that’s in dire need of regulation.

There are several free-range civet farms around Da Lat, but the added cost is putting pressure on those farmers to raise their prices even further. Organic, free-roaming civet farms produce coffee that can cost as much as $3,500 (£2,652) per kilo.

Cut chon for the people (and the civets)

A mixture of animal abuse and a high price tag doesn’t exactly make for the world’s most appealing drink. Not to worry. If you’ve had a cup of weasel coffee in a Hanoi coffee shop, or bought a bag to send home, the chances are good you haven’t contributed to these practices.

You can buy a cup of weasel coffee in Hanoi or Ho Chi Minh City for as little as VND55,000 (£1.80). One reason behind this low price could be because your weasel coffee had never been near a civet at all.

That doesn’t mean you weren’t getting as close as possible to the genuine article.

The civet’s digestive tract functions to partially ferment the cherries. Essentially, they sit in a little bath of acidic and enzymatic juices for a few hours and voila! Weasel coffee.

Trung Nguyen, one of the biggest coffee manufacturers in Vietnam, has been making concerted efforts to bring fake weasel coffee to the world. Its fermentation techniques simulate the civet’s gut bacteria and produce a near-indistinguishable drink. It’s so hard to tell the difference that scientists from the University of Osaka developed a special process for figuring it out. The result is cruelty-free cut chon at a fraction of the price.

How to brew a cup at home

Pho Co has been making cups of civet coffee for more than forty years. Here’s its step-by-step guide to making a perfect cup of weasel joe at home.

Of course, if you want to avoid the weasel part of the weasel coffee – for the sake of the civets or your wallet – then buying the artificial stuff from major retailer like Trung Nguyen is definitely the way to go.

You’re also going to need a Vietnamese style coffee filter, known as a phin. They’re available online and cost less than £10. You can also buy them from cafés and specialist shops in Vietnam for about £1.50.

First, rinse the empty coffee filter through with boiling water and place it on top of the cup. Next, add three heaped tablespoons of coffee. Then, press down the grounds using the small circular press. Getting the pressure right is the tricky part. Too tight and the coffee won’t flow. Too light, and the coffee will be very weak.

It’s recommend that you try the process out with less expensive coffee first.

Next, add about 80ml to 100ml (2.8oz to 3.5oz) of water (almost to the mouth of the filter cup). If the water starts draining too quickly, adjust the filter by pressing down on the coffee stopper. If no coffee is dripping through, loosen the press. Adjust the pressure so that the drips are falling a little slower than once per second.

After about five minutes, you should have a delicious cup of weasel coffee. Enjoy!