The 5 Most Popular Vietnamese TV Shows 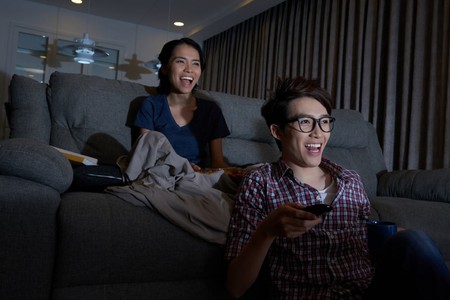 When it comes to entertainment in Vietnam, the television is the undisputed champion. Whether they’re streaming on their mobiles, or gathered with their families in the living room, Vietnamese people love television – and here are the shows they’re watching.

Reality television is a big deal in Vietnam. Contestants are instant celebrities, and the winners become mega-stars for life. Of all the reality TV shows, singing competitions are the clear winners. For The Voice of Vietnam, singers are judged initially for their vocal talents rather than for their stage presence and star power. This endears many of the contestants to viewers, because they are normal people chasing their dreams. After that, every episode is a battle between singers to stay on the show.

Continuing with the reality television, we have Vietnam’s version of the USA TV show: The Face. This show puts up-and-coming models together with big names in the fashion industry in hopes of making them the next big thing.

Contestants on this show have one minute to make the audience and judges laugh. It’s a simple premise, but it attracts a wide variety of performers. Some people do stand-up, while others act out wild scenes of buffoonery and misfortune. Then there are people who are hilarious just because of how awkward they are.

Here are some of the brightest and most talented children in the country. The children on this show bring many different skills to the set, including math, music and some impressive bilingualism.

We could’ve written a whole article on just singing competitions in Vietnam. It makes sense, though, because after Vietnamese people spend a few evenings listening to their friends at karaoke, talented singers on TV must be a treat for their ears. Perfect Edition features amateur singers covering famous songs, which also makes it the perfect show for singing along.