The Most Beautiful Temples in Hanoi, Vietnam

Visiting places of religious importance while traveling offers great insight into the culture and traditions of the locals. Here are our favorite temples in Hanoi.

The Temple of Literature

The Temple of Literature was built in 1070 under Emperor Ly Thanh Tong’s reign, in honor of Confucius, his followers and Chu Van An, a prominent figure in Vietnamese education. In 1076, it became Vietnam’s first university, initially serving noble family members and later becoming more egalitarian with admissions, opening to talented students, irrespective of background.

The Temple of Literature is a rare example of well-preserved traditional Vietnamese architecture—made almost entirely of wood and tiles. It is one of Hanoi’s most picturesque tourist attractions, and is depicted on the 100,000 Vietnamese Dong note. 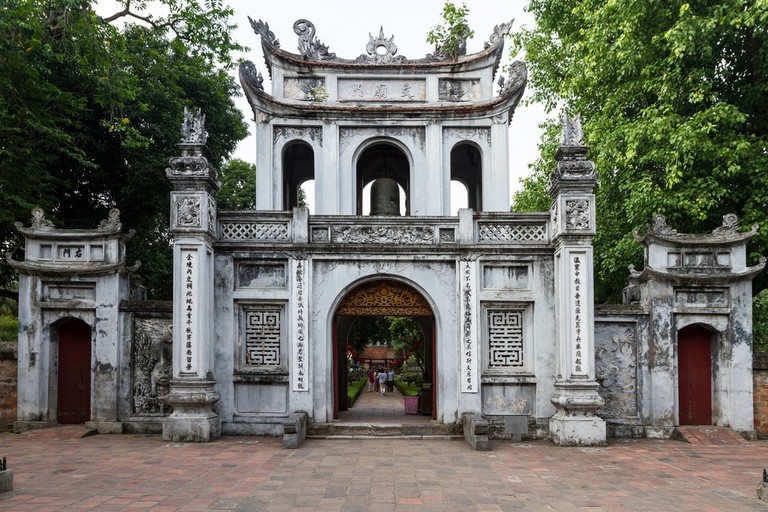 The temple is divided into five courtyards, each decorated with century-old trees that have witnessed the ups and downs of Hanoi’s history. Within the premises, you will find pagodas, altars, ponds, gardens and tombstones. Stelae erected atop turtle statues depict the names, places of birth and achievements of exceptional scholars.

If you visit the temple at the beginning of the year or in May, essentially during exam season, you will see numerous students coming just to rub the heads of turtles—an act believed to bring them luck to pass their exams. They also crowd around the altars, praying for luck. After exam season, you will find many students taking their graduation photos here.

Tran Quoc Pagoda, set on an islet within West Lake is one of the oldest pagodas in the whole of Vietnam—built during the reign of Emperor Ly Nam De (541–547AD). Surrounded by lush greenery, this pagoda was a favorite among the kings and royal families for festivals, full moons and Tet festivals.

The main stupa of the pagoda is made up of 11 levels and stands at about 50 feet tall (15 meters). On the top is a nine-story lotus and a gemstone. Surrounding the stupa are incense burning houses, a Buddhist shrine and a museum, housing many priceless antiques that are hundreds and some even a thousand or so years old.

As a place of worship, you are advised to dress conservatively out of respect for the monks and locals. 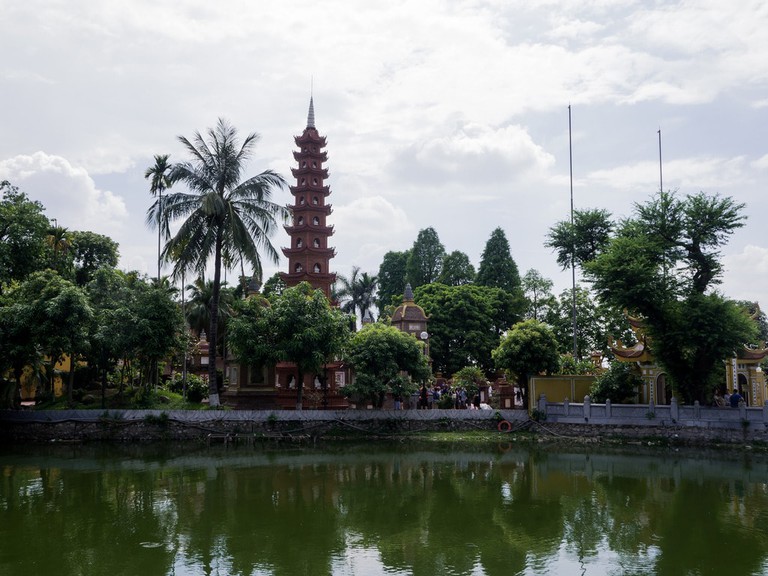 One Pillar Pagoda was once known as Dien Huu Pagoda, which literally translates to “long lasting happiness and good luck.” This iconic temple was built by Emperor Ly Thai Tong in 1049 as a tribute Buddha. Legend goes that childless Emperor Ly Thai Tong had a dream one night in which the enlightened being Avalokiteshvara gave him a baby son resting on a lotus flower. As a tribute, he built the pagoda to resemble this lotus flower, and also placed a shrine to Goddess Quan Am, the Goddess of Mercy, following the birth of his son. 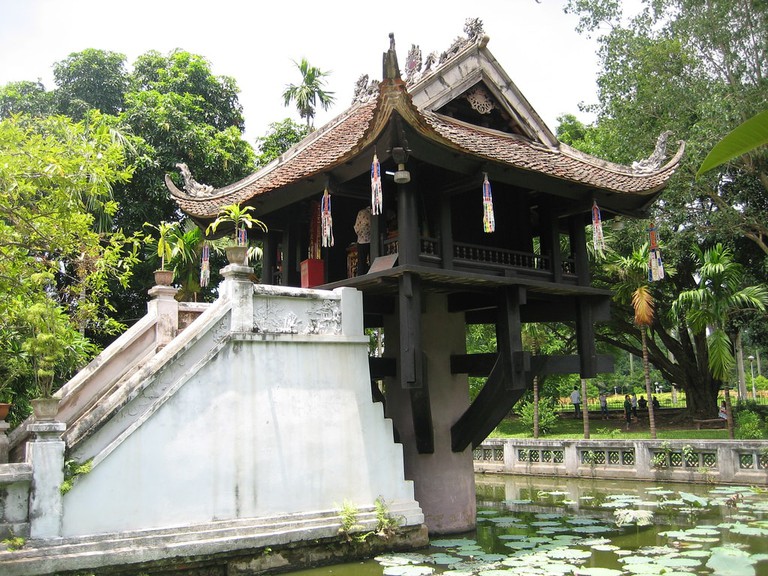 This square-shaped wooden pagoda is built on a single stone pillar—thus resembling a blossoming lotus flower. Over the years, the pagoda has been renovated and restored several times over the Dynasties of Tran, late Le and Nguyen. The last restoration was after the French Union forces destroyed the pagoda in 1954, before withdrawing from Vietnam after the First Indochina War.

Ngoc Son Temple is probably Hanoi’s most visited temple due to its central location and easy accessibility. It is built on Ngoc Son Islet, located in the most beautiful lake of the city: Hoan Kiem Lake. The islet is connected by a gorgeous scarlet painted bridge of classical Vietnamese style. The lake, and the bridge connecting to the temple, make an extremely photogenic sight. 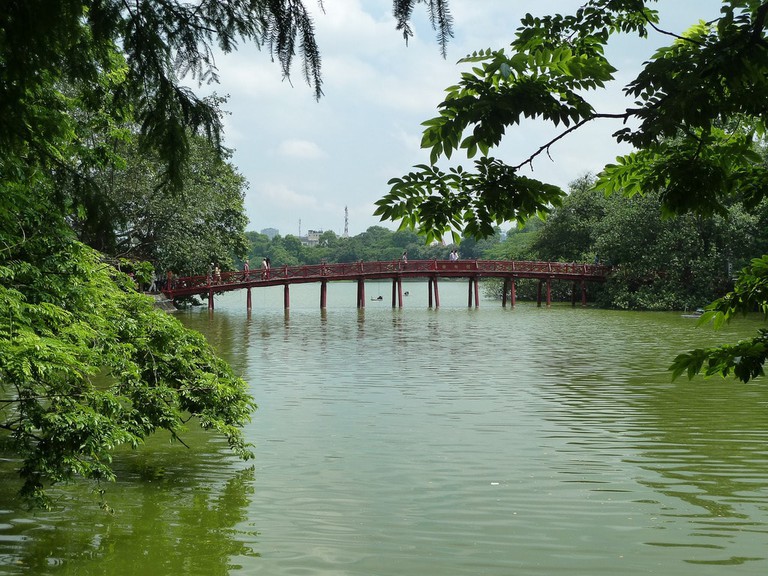 Ngoc Son Temple was built on the lake during the 19th century, dedicated to Van Xuong, an important figure in Vietnamese literary and intellectual circles, La To, patron saint of physicians and Tran Hung Dao, the national hero who led the Vietnamese people to victory over Mongolians in the 13th century.

Buddhist Temple
Facebook
Email
Twitter
Pinterest
Copy link
Share
Map View
It is believed that the Perfume Pagoda was built in the 15th century, although legend says that parts may have been around for about 2000 years. It is a series of Buddhist temples built into a mountain range in a maze of alleyways carved into the limestone rock, with rich forests, caves and flowing streams with tropical plants scattered everywhere.

There are many pagodas around, each with a different shrine. Those of interest are Vong Temple, Thuyet Kinh Cave and Thien Son Pagoda. Getting to the complex is a journey in itself. The Perfume Pagoda is located 37 miles (60 kilometers) south of Hanoi, in the Son Mountains. First is a two-hour journey on road, and then you must take a boat ride through a narrow flowing stream fringed by rice fields, temples and grass, to the foot of the mountains. To get to the Perfume Pagoda, it is an uphill walk of about an hour, and things can get slippery, so make sure you wear proper footwear!
Open In Google Maps
Hanoi, 100000, Vietnam
Visit Website
Give us feedback
Book Now
Give us feedback