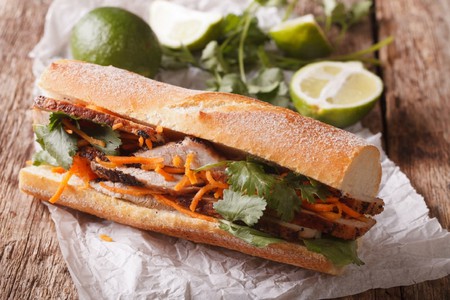 The one and only bánh mì sandwich | © AS Food studio / Shutterstock

For some, the bánh mì sandwich is just breakfast — cheap calories in a tidy little package. For others, it’s emblematic of the death of colonialism, the long overdue repudiation of horrific racism, bigotry and European arrogance. The Vietnamese were told not to change French dishes because they weren’t worthy of eating the same food as their masters — that they were an inferior people because of their simple rice and fish diet. From humble beginnings to global recognition, the history of the bánh mì sandwich is the history of modern Vietnam.

Down a tiny cement alley on the outskirts of Ho Chi Minh City, a lady in a colorful áo bà ba — or “pajama suit”, as foreigners call them — waits behind her aluminum food cart with the air of someone who doesn’t laugh all that often. She has everything she needs right in front of her: stacks of baguettes, eggs, pickled veggies, herbs, Maggi sauce, chili flakes, Laughing Cow cream cheese and various meats. When two students in matching white uniforms roll up on an electric scooter, she’s all business. They exchange a couple of words, and fifteen seconds later, she hands them two bánh mì sandwiches, snatching their 10,000 VND (0.44 USD) notes. Nothing extraordinary, just another routine part of life in Vietnam. But it wasn’t always this way. 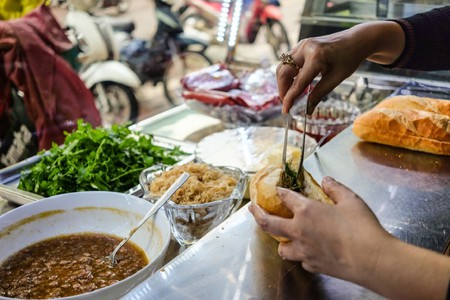 How many Vietnamese get their breakfast | © Aleksandr Shilov/shutterstock

The French Colony of Cochinchina

The history of the bánh mì sandwich began, oddly enough, with the spread of Christianity in Asia. From as early as the 17th century, French missionaries were in Vietnam converting people to Catholicism. They were often harassed by local authorities who grew wary of foreign influence, and France, as their sovereign, felt obligated to protect them. Unfortunately for Vietnam, when the Emperor Tự Đức executed two Spanish missionaries in 1857, the French happened to have a military fleet nearby fighting China in the Second Opium War.

When the French military finished with China in 1860, it attacked Vietnam with 70 ships, and over the course of the next two years, they took over all of Saigon and the surrounding area. By 1862, it was the French defining the terms. They felt they were owed substantial payments for their costly war, so they demanded three provinces and free use of trading ports throughout the country. This was the birth of the French Colony of Cochinchina. 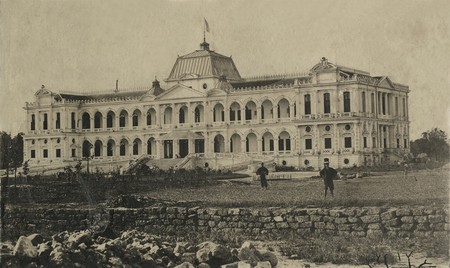 In those days, it wasn’t feasible to send large amounts of food all the way from France, so the new authorities introduced crops and livestock to Vietnam in order to keep up their European diets — things like coffee, milk and deli meats. But wheat simply refused to grow here. It had to be shipped in, and only the French could afford it. They used this inequality to reinforce their notions of European superiority. The locals weren’t worthy of bread.

The Fall of European Colonialism

Up until World War I, the Vietnamese diet hadn’t changed much, even with all the new ingredients available. As Simon Stanley describes in this excellent article, when war broke out in Europe, the warehouses of two large German exporters were seized by French troops. When the troops sailed for France to join the war effort, those stores of goods flooded the markets in Saigon — at prices everyone could afford. For the first time, many poor Vietnamese could afford to eat cold cuts, cheeses and baguettes. 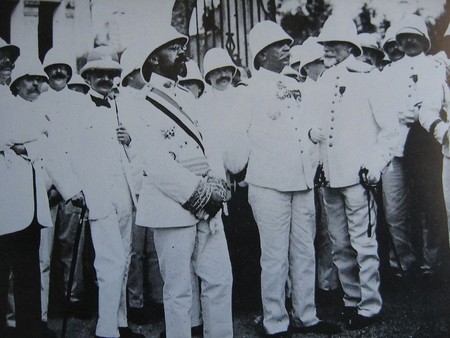 The bánh mì sandwich as we know it today only came about after the French defeat at Dien Bien Phu in 1954. Until then, Vietnamese ate bread in much the same way the French had: baguettes with a platter of cold cuts, butter and cheese. After the French left, Vietnamese in the south were free to modify French dishes to include local ingredients. Mayonnaise replaced butter, and veggies replaced the more expensive cold cuts. The bánh mì morphed into a dish everyone could afford.

The bánh mì sandwich was born in Saigon in the late 1950s. When Vietnam split into two countries in 1954, approximately one million northerners fled south. Among them were Mr. and Mrs. Le, credited as the first to create what we now call the bánh mì sandwich. They were the first people to put the ingredients inside the bread so the customers could take it with them. This was long before plastic and styrofoam made everything portable. The bánh mì sandwich revolutionized dining in Saigon — perfect for the hustle of life in the modern world. The family still runs a small restaurant in District 3, called Banh Mi Hoa Ma.

Thanks to American wheat shipments and the change to local ingredients, the bánh mì sandwich grew immensely popular. It was — and still is — a cheap meal, rich in both flavor and calories. New food carts and restaurants popped up all over the Republic of Vietnam, which was then the name of South Vietnam. Bakeries opened as well to supply the bread. An entirely new industry grew to supply people with bánh mì sandwiches. 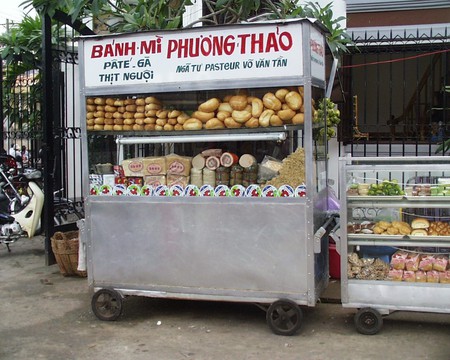 After the fall of Saigon in 1975, millions of people fled Vietnam. They went to places like San Diego, Houston, Seattle and Paris, which already had an established Vietnamese community. The refugees, though light in possessions, brought with them their skills and rich traditions. Many of them opened small restaurants to serve other Vietnamese, making changes to incorporate local ingredients in their new homes. 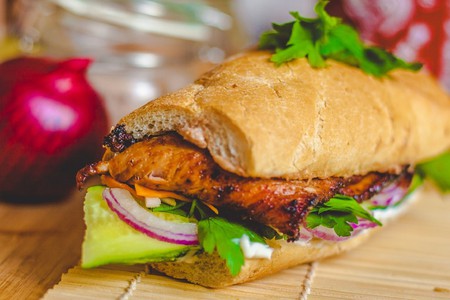 One of many American versions | © telse/shutterstock

Over time, Americans and Europeans found they enjoyed Vietnamese food as well. Vietnamese entrepreneurs sensed this growing popularity and took advantage of it with food trucks and franchised restaurants. Now, the bánh mì sandwich is everywhere. It’s in American strip malls and restaurants around the world. For most Vietnamese people, though, it still comes from an aluminum food cart on the side of the street — a flaky sandwich to get the day going. The history is interesting, but today’s breakfast is more important.