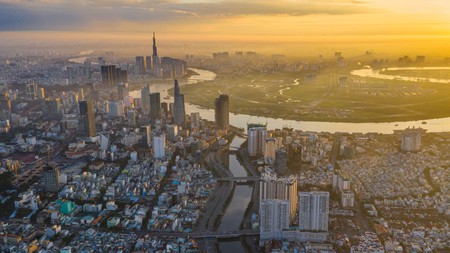 The people of Ho Chi Minh City love to drink. At all times of day, on some corner of every district, alcohol is consumed in large quantities. There’s a thriving scene of saloon bars, from street taverns to rooftop bars – and District 1 is the epicentre. Here are the best bars to visit in downtown Saigon. 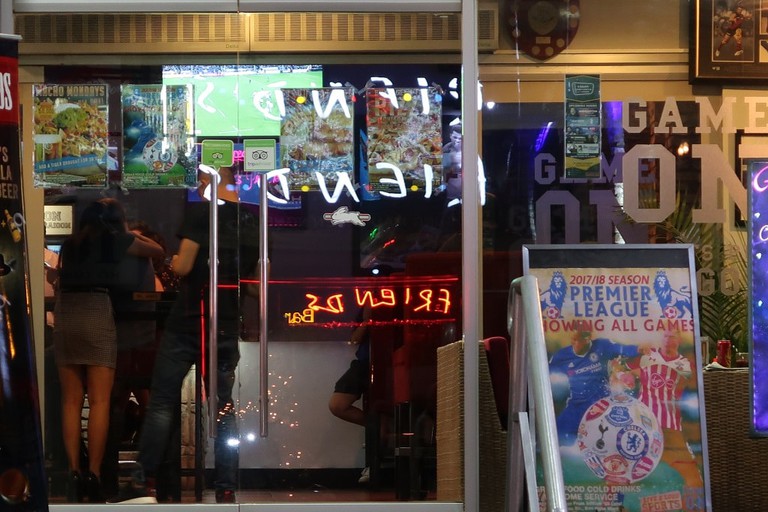 A stone’s throw from the Bitexco Financial Tower, Game ON is Saigon’s pre-eminent sports bar. This cavernous space, popular with foreigners, has two dartboards, a pool table, a dozen TV screens and two large projectors. The beer is very reasonably priced – ₫40,000 (£1.24) for a Saigon Red – and the food is excellent. Game ON hosts stand-up comedy shows and one of the city’s best trivia games on Thursday nights. Whether you’re trying to catch the Premier League, NFL, Monaco Grand Prix, or just spending a night out with friends, Game ON is the place to be. 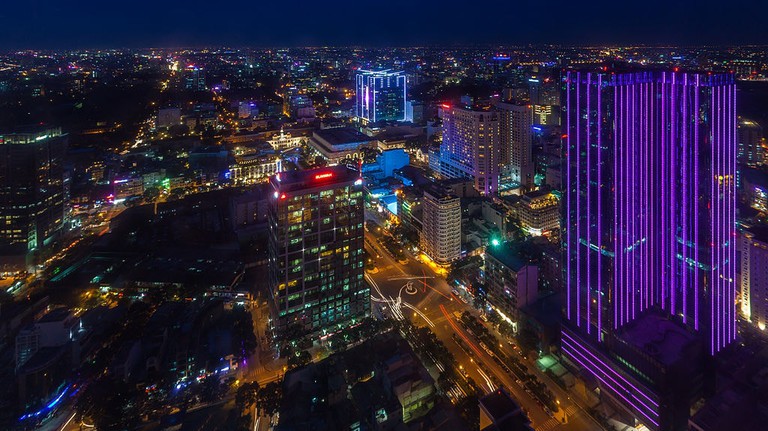 On the 52nd floor of the Bitexco Financial Tower, EON Heli Bar is one of the best bars in Ho Chi Minh for views. Drinks are a bit pricier here than you’ll find elsewhere in the city but everyone comes for view. Before you order, walk around the bar, pausing every so often to search for the Cambodian border, the Mekong River or the East Sea. No trip to Ho Chi Minh is complete without a stop at the EON Heli Bar. 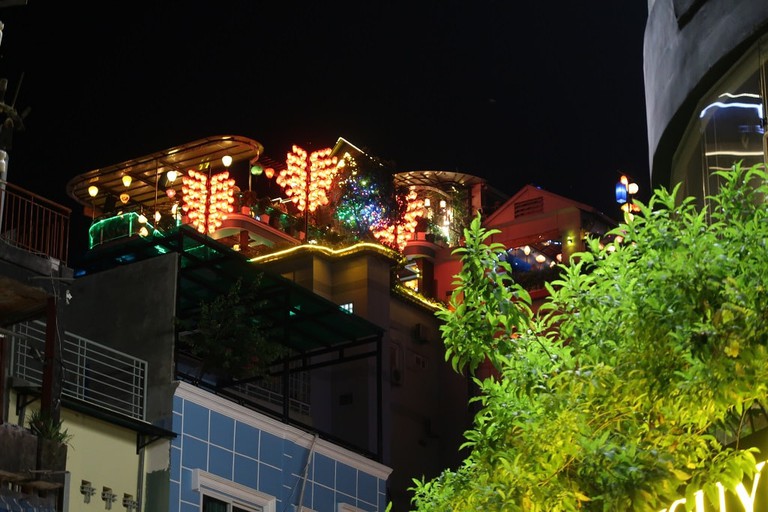 Nine floors above the madness of Bui Vien, on the roof of the Duc Vuong Hotel, the View is a great place to watch the action in the streets below. Beers and drinks here are much cheaper than in other rooftop bars in Saigon and the view is superb. An abundance of exposed wood, brick and stone in this garden in the sky sets the tone– it’s a great place to escape the concrete jungle below. 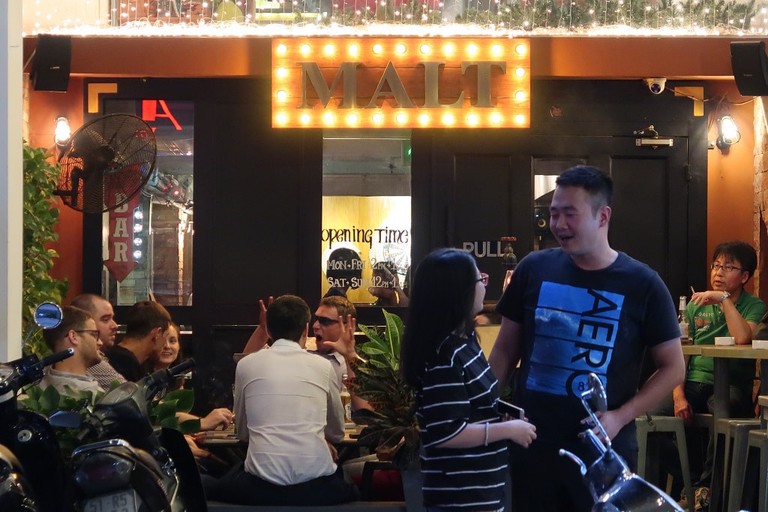 This is one of the best places in town to sample local craft brews, with dozens of different beers on tap. The centrally-located bar attracts a lively crowd and there’s a shuffleboard table and two dart boards for the competitor in you. If that’s not your scene, head to the front patio and soak up the friendly atmosphere. Check out the menu too – Malt serves the best pastrami in town. 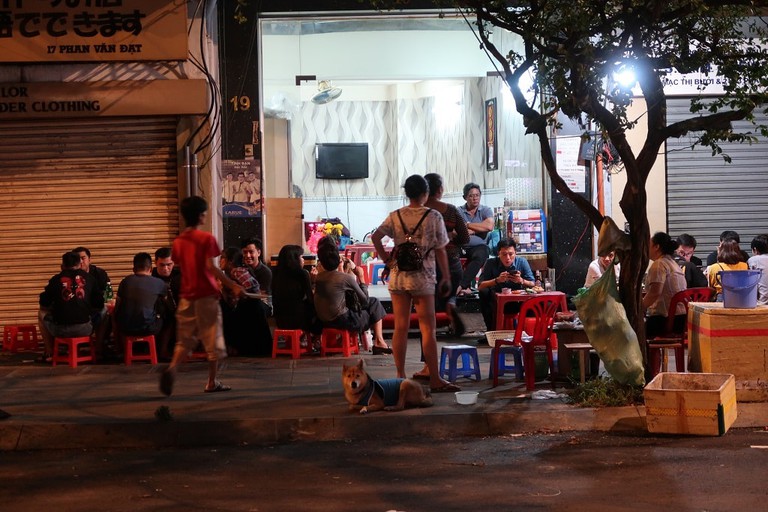 Rum Bar is a plastic-chair experience like no other. Occupying the sidewalk across from Malt, Rum Bar serves (you’ve guessed it) rum – lots of it. A bottle of rum will set you back ₫162,000 (just over £5). Mix in a coke or two and you and your friends will have a night to remember for less than the cost of a cab ride to the airport. Rum Bar is a fun way to dive head-first into Saigon’s drinking culture. 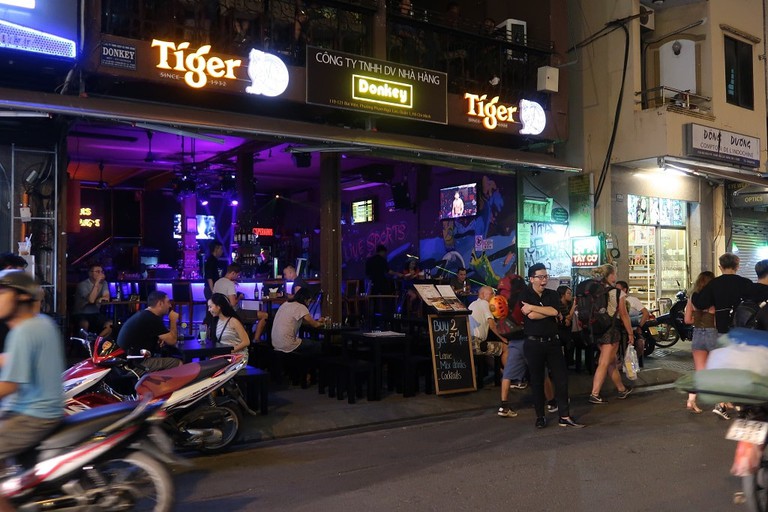 Donkey looms large in the heart of backpacker territory, Bui Vien Street. This three-storey joint caters to a younger crowd looking for a late night. The first floor is quieter and a good place for a beer with friends. If you’re looking for the party, head up the back stairs to the chaotic dance floor and take a break on the balcony when things get too steamy.

T & R is a smoke-filled dive. Just off Bui Vien, this narrow den is set back from the street and can be difficult to find. However, once you make your way through the brick archway, you might not leave until the sun rises. The crowd consists of travellers on their way through Vietnam and salty expats. The beer is reasonably priced and the drinks are strong. 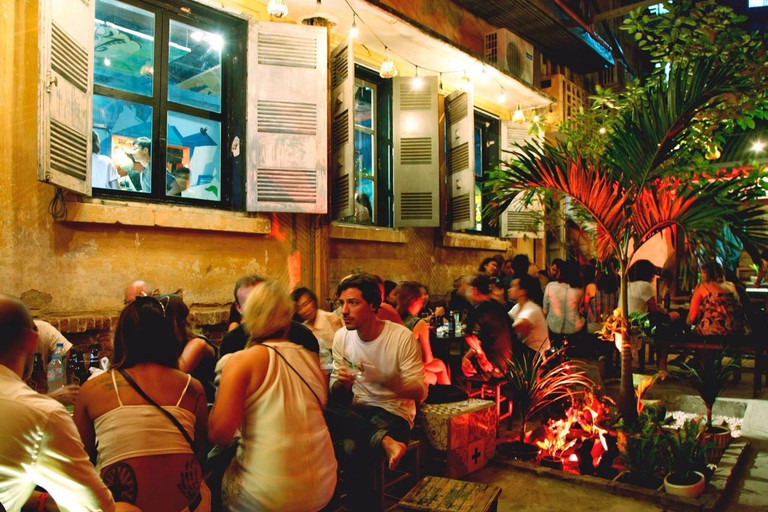 Courtesy of Indika (House of Curiosity)

Located down an alleyway, Indika is one of Saigon’s hippest joints. The bar, which occupies the first floor of a colonial-era building, hosts a number of events from reggae nights to a pop-up Tattoo Takeover. There’s good craft beer and a cosy garden patio. 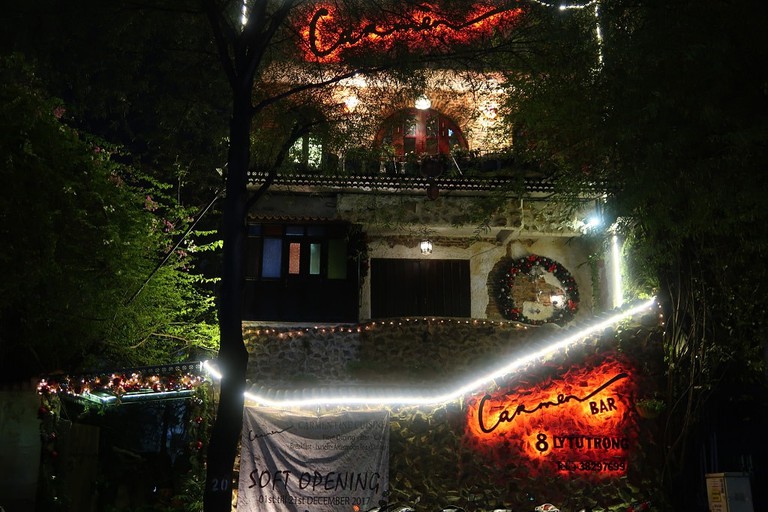 Carmen is the place to go for all things Latino. Live music reverberates around the stone walls seven nights a week. Set back from the street in a Spanish villa, the owners have done a great job of creating an authentic look and feel. This happening joint is perfect for a night of dancing.

Broma Not A Bar 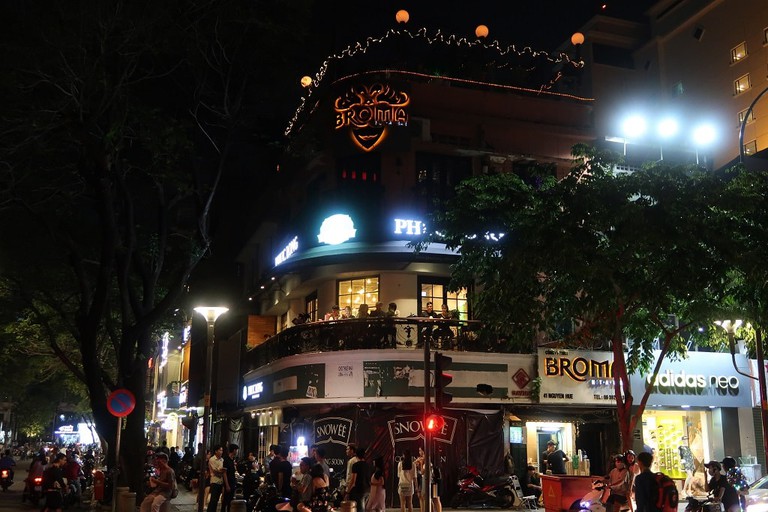 This is one of the best bars for an intimate rooftop garden experience. Broma looks out onto the Nguyen Hue tree-lined pedestrian street and offers some delicious, albeit pricey cocktails. The cosy, relaxed vibe paired with a central location makes Broma a great place for a night out with friends.