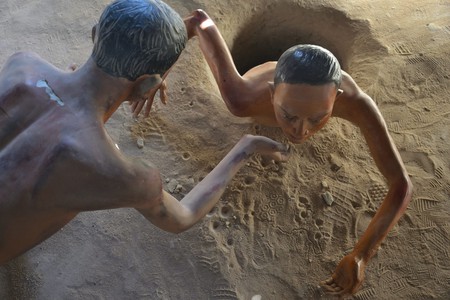 An escape route runs from the kitchen barracks to outside the barbed-wire fence. | © Cha gia Jose / Flickr

It’s easy to become enchanted by Phu Quoc’s beautiful beaches and dense jungles, but this tropical vacation spot has a dark past, entangled in Vietnam’s turbulent history. Phu Quoc’s “Coconut Prison” was once the site of one of the largest POW camps in the country, a place where tens of thousands of people were abused by the U.S.-backed South Vietnamese army. 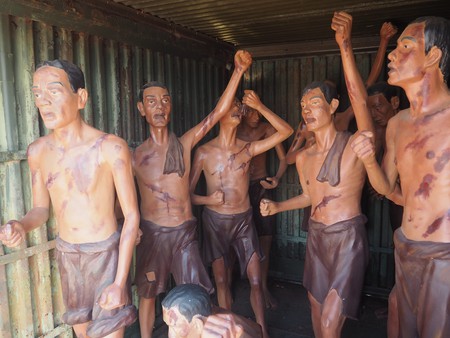 A relic of colonialism

Phu Quoc Prison, dubbed “Coconut Tree Prison” at the time of its construction, was built between 1949–1950 by French colonialists as a place to detain political dissidents. It was used heavily during the first Indochina war for prisoners thought to endanger the colonialist government, and was re-built by American and South Vietnamese forces in the early years of the Vietnam War. 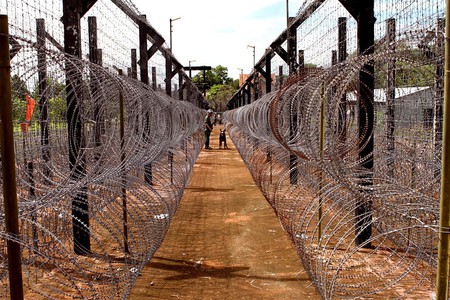 The installations are not only designed to depict the various torture methods used by the guards, but to also display pain through the permanently twisted expressions on the mannequins’ faces. Each prisoner grimaces in eternal agony, while the guards cast a cool, indifferent gaze onto their victims. 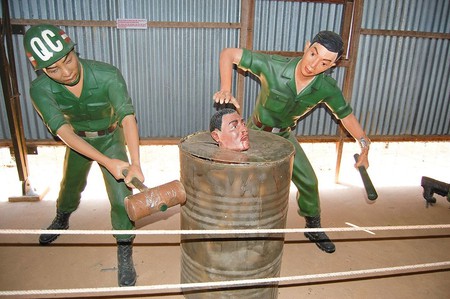 One scene depicts soldiers beating an inmate in a barrel. | © Mrfly911/WikiCommons | By Mrfly911 (Own work) [CC BY-SA 4.0 (https://creativecommons.org/licenses/by-sa/4.0)], via Wikimedia Commons

The gruesome scenes displayed at the museum accurately reflect the systematic torture reported at the prison. Prisoners routinely endured electric shock, blinding, starvation, beatings, crucifixion, burns and having their teeth broken by hammers. There are mannequins depicting prisoners’ chests being crushed by wooden panels and having nails driven through various parts of their bodies. 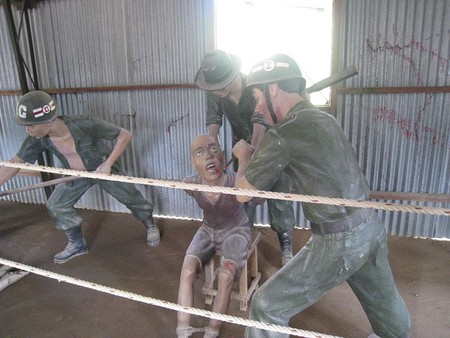 A prisoner is depicted having his teeth broken by a hammer. | ©Genghiskhan/WikiCommons | By Genghiskhan (Own work) [CC BY-SA 3.0 (https://creativecommons.org/licenses/by-sa/3.0)], via Wikimedia Commons 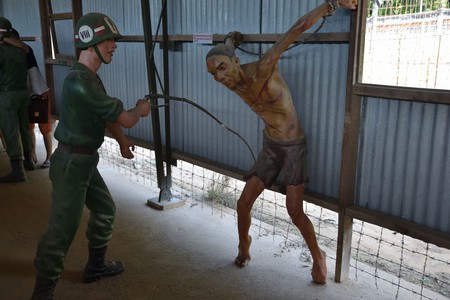 In the confines of the heavily barbed-wire courtyards are tiny cages made of barbed-wire, too low for a person to sit up and too small for one to lie out. These so-called “tiger cages” (also referenced in a prison on Con Son island) are where prisoners were placed for weeks to burn in the hot tropical sun and freeze during chilly coastal nights. 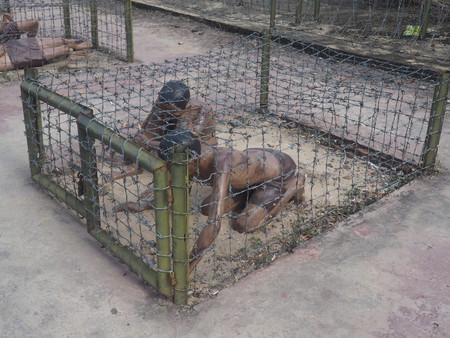 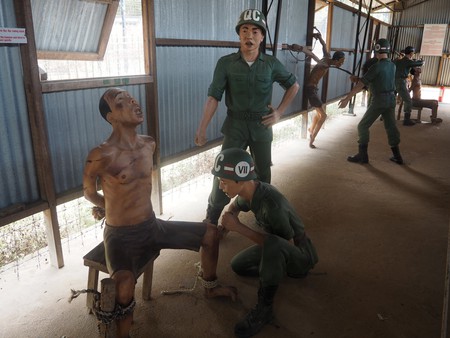 While it wouldn’t be a far-off thought to consider most of the scenes to be Northern Vietnamese propaganda, it would be wrong nonetheless; the Red Cross visited the prison in 1969 and confirmed the abuses, while an inspector from U.S. Embassy visited in 1971 and reported on the tortures occurring at the prison. There were approximately 4,000 registered deaths at the prison when the war ended; the rest of the prisoners were released. The majority returned home with physical and mental disabilities lasting from the barbaric torture they endured.

An escape route runs from the kitchen barracks to outside the barbed-wire fence, indicating that inmates may have escaped at one point. | © Cha gia Jose / Flickr

Phu Quoc Prison was declared a historical monument in 1993 and opened for tours to the public shortly after. Anyone who’s ever been to a war museum in Vietnam will know that all pretenses are thrown out the window; the images are raw, visceral, intense, and unforgiving, and Phu Quoc Prison is no exception. Aside from the extreme depictions of torture, there are gruesome and bloody photographs of prisoners on display as well. It goes without saying that this is not a place to take the kids. 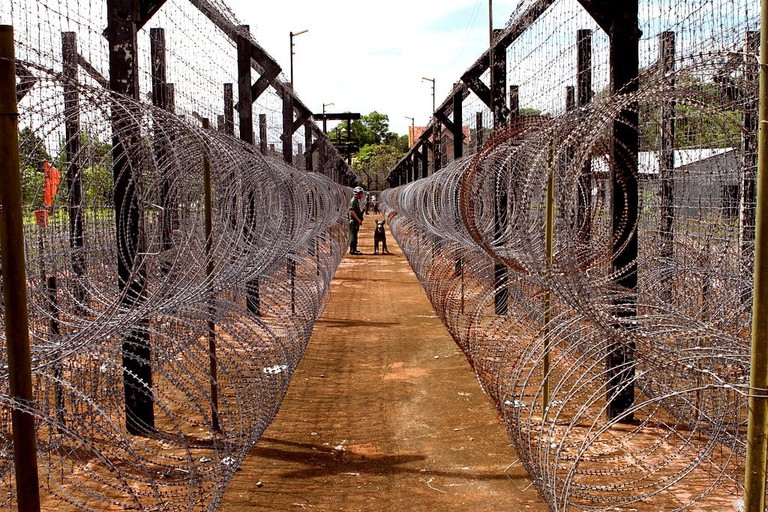 Built by French colonialists in the mid-twentieth century, Phu Quoc Prison (a.k.a. “Coconut Prison”) is a historical monument located on Phu Quoc Island, Vietnam. The museum uses life-sized dolls to depict disturbing scenes of documented tortures endured by POWs during the Vietnam War and houses gruesome photographs taken during its operation. The prison is an important part of the island’s history, and while it is a must-see for anyone with a morbid interest in war crimes, it is not for the faint of heart.