How To Spot Good Street Food in Vietnam 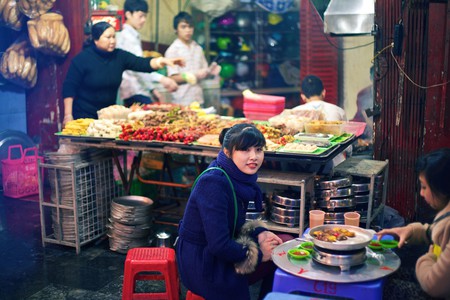 Vietnam has one of the best street food cultures in the world. The people here need quick, cheap and tasty meals so they can get on with their busy day. For tourists, though, street food seems like a roll of the dice – but it doesn’t have to be. Here’s what to look out for.

Are locals eating there?

This is by far the most important rule. Look for places where the locals are eating – business people, students and neighbors. Reputation means everything in Vietnam, and word travels fast if there’s any street food spot that isn’t safe. If there are locals eating there, then you’re good. 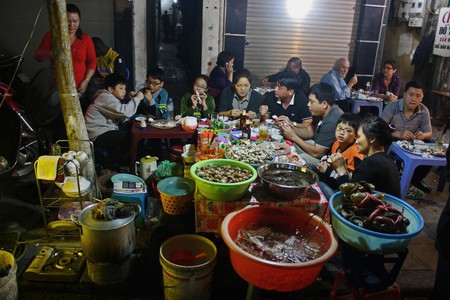 Many of the food carts you see along the streets in Vietnam are owned and operated by a nearby restaurant. These restaurants are usually family owned, which means they’ve probably been in business for a long time. If they’ve been around for a long time, that means they make good, affordable food.

Check out the ingredients

As a general rule, if you can’t see the ingredients, you may want to reconsider eating there. Thankfully, the vast majority of places in Vietnam all have their ingredients out on display. Have a look to see if anything makes you feel uneasy. Some places leave their food out for days, so keep an eye out for freshness. 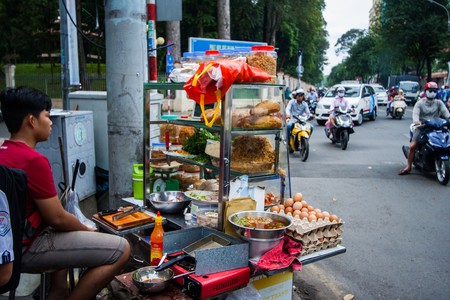 When in doubt, ask for advice

Rather than taking a chance on just any street food spot – which can be fun, but also risky – try asking around to get some recommendations. To make it even easier, have a dish in mind. It’s easier for locals to help you if you have a specific dish that you want to try, and you really should try as many as possible. For example, ask your hotel receptionist where to find some good mì quảng.

Street food you can see

You really should try to stick to places where the food is made out in the open. Most street food dishes in Vietnam don’t take long to make – aside from broth and the meats, which are cooked beforehand – so there’s really no reason why the food shouldn’t be cooked in front of you. And above all else, trust your eyes. If it doesn’t look appetizing, there’s a good chance your stomach will agree – and extended trips to the bathroom aren’t on anyone’s bucket list when traveling in Vietnam. 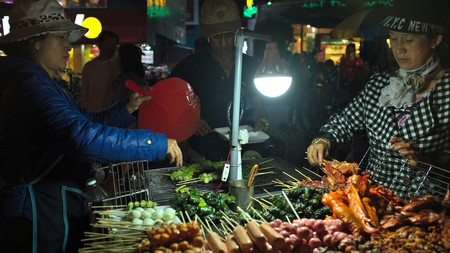