Plenty of women have been instrumental in resisting foreign domination throughout Vietnamese history. The most well-known of these, are the two first national war time heroines, the Trung sisters (in Vietnamese: Hai Bà Trưng). They are forever etched in the hearts of the Vietnamese for having led a rebellion against the first Chinese domination of the country. This is their story.

The peaceful Trieu Dynasty of Nam-Viet was defeated by the Chinese in 111 B.C., and the Han Empire sought to annex all of Nam-Viet as part of its territory. They divided the country into smaller districts and assigned a puppet Vietnamese leader for each, all of whom were to answer directly to Chinese governor, To Dinh. The two Trung sisters, Trung Trac and Trung Nhi, were born to a general of one of the districts, Giao Chi, in rural Northern Vietnam, and despite Chinese rule during this time, life was still good. The puppet leaders, especially their father, stood up to the Chinese whenever they could, allowing the Vietnamese people to resume life as they once knew it. Because of this, the two girls enjoyed many freedoms. They studied literature and trained in martial arts under the watchful eye of their father, and grew up to be brilliant women, in line to inherit their father’s land and titles. 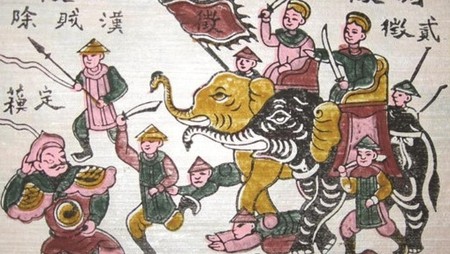 Unfortunately, with time, the repressive Chinese regime and governor To Dinh became worse. The Vietnamese began suffering greatly under their harsh rule – they were suppressed, exploited, and those uncooperative were imprisoned or executed. The Chinese also attempted to remove any progress made in the Vietnamese society in the direction of equality between the sexes by replacing the matriarchal family system with its strict patriarchal system. And then, at a time when the hostility between the aristocrats and the peasant populations was at an all-time high, the Chinese tried to impose a new unfair tributary tax policy demanding excessive taxation from the Vietnamese.

Sister Trung Trac’s husband, Thi Sach, known to be a brave and kind general who hailed from a noble military family of a neighboring district, stood up to governor To Dinh. For his actions, he was executed. Fueled with anger, the desire for justice, and with a refusal to go into mourning so that she could help her people, Trung Trac decided she wanted to do something, and went to Trung Nhi with a plan. Trung Trac declared: “Foremost, I will avenge my country. Second, I will restore the Hung lineage. Third, I will avenge the death of my husband. Lastly, I vow that these goals will be accomplished.” Together, they began to mobilize and unite the remaining noblemen and peasants to their cause – to revolt against the Chinese who took her husband away. Legend is that to prove their worth, the sisters once killed a tiger that was terrorizing the locals. Because of Trung Trac’s charisma and intelligence, Trung Nhi’s bravery and fearlessness, and their elite background, it was easy to fall in line behind the sisters’ leadership. They gathered an army of 80,000 people, most of whom were women (including their mother!), and they set out to drive the Chinese away from their lands, riding on a herd of elephants.

After a long, hard battle, that resulted in the sisters reclaiming 65 citadels from Chinese rule, in 40 A.D., it was a victory for the Vietnamese. The two Trung sisters went on to rule the country for three years, and during their reign, the tax policies imposed by the Chinese that were crippling the Vietnamese were abolished, and a simpler form of government, more in line with traditional Vietnamese values was restored. All was good again.

Sadly, the sisters’ rule lasted for only three years. They were defeated under Chinese Emperor Ma Yuan in 43 A.D., and the country once again fell into Chinese hands. Despite this, the rebellion against the Chinese led by the two sisters, changed the fate of Vietnam forever. It allowed the country to regain independence, even if it was for a short moment in their 1000-year history of Chinese domination, and later, the French and the Americans. Some even feel that if the sisters had not resisted the Chinese when they did, there would be no Vietnamese nation today. 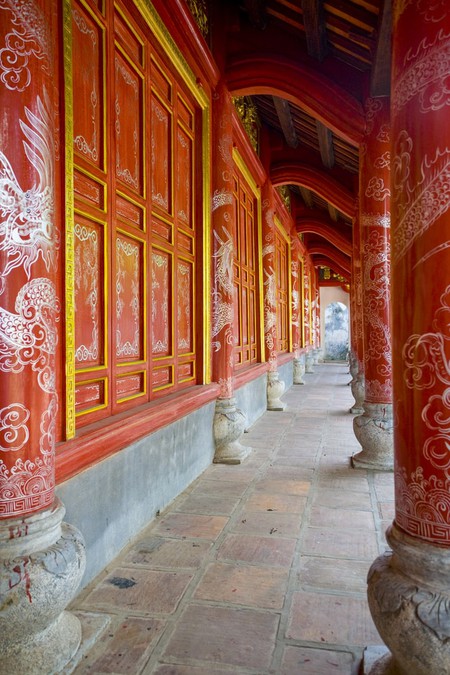 Over time, the Trung sisters became the stuff of legends. Plenty of poems, stories, and plays were inspired by them, and they are a source of resilience, courage and hope for women who live more restricted lives. Districts, streets, temples and schools are named after these sisters and many monuments of the sisters riding on elephants have been erected to glorify their heroism. Their story serves as an inspiration to the people of Vietnam, and for nearly two thousand years, their legacy has remained firmly embedded in the culture and national identity of the country. The story of the Trung sisters’ bravery and sacrifice is one that will forever be told with pride and love.