Do You Have What it Takes to Reach the World's Largest Cave? 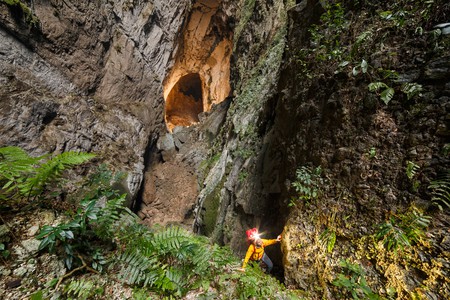 Want to explore the world’s largest cave? Only 500 visitors are allowed to enter Son Doong Cave per year and believe it or not, by the time the tour dates for 2017 had been put up online in 2016, the $3000 tickets were sold out within 20 hours. Sounds tempting? First, you have to meet strict physical fitness and medical requirements to be ‘qualified’ for the tour, which is best suited to those who have experience of extreme adventuring.

Son Doong Cave has only been open to visitors since 2013 by the only official tour operator, Oxalis Adventure Tours – a monopoly company authorised to protect the cave from mass tourism. Under strict supervision and reputable management by locally based British experts, the tours, with only 10 people per departure, are physically and mentally demanding. Why? More than 50 kilometres long including a 25-kilometre jungle and mountain trek, the expedition is tough at the highest level of difficulty. It involves a descent of 80 metres to reach the cave floor, an ascent of 90 metres into a stalagmite wall known as The Great Wall of Vietnam, 40 times of crossing the knee-deep rivers and varying challenges posed by rocky terrains, elevation change and underground crossings with strong currents. 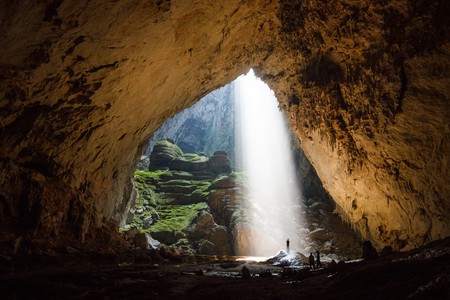 Of course, this is not a physical test. However, to make the most of your journey, not only are you required to pass a certain level of fitness but you also must have previous multi-day trek experience as well as regular practice of running, trekking, caving or rock climbing. On its website, you will find Oxalis’s guidelines into physical preparation and fitness check. There is a six-month training program which is essential to make sure you can pull off tough, steep rocks and boulders and balance yourself regardless of what’s beneath your feet. Under any circumstance if you do not feel physically comfortable to continue any stage of the trek, you will have to be turned around and finish your tour (without receiving a refund of any kind). 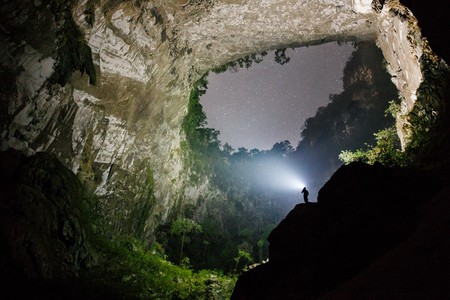 Tough? Yes, it is. But is it worth the effort required? 82 out of 86 reviewers on Tripadvisor rated their journey “excellent”, marking it as a once-in-a-lifetime experience. At more than 200 metres high, 150 metres wide and over five kilometres long, the world’s largest cave is so immense that it can house an entire New York City block and has its own localised weather system, river, and jungle. And its interior is simply mesmerising: millions-year-old fossils, enormous stalagmites, marvellous cave pearls in dried pools and giant sinkholes opening to the natural light and the outside world. All becomes even more real once you descend into the beauty of darkness and start to feel the cold winds. It was first discovered by local man Ho Khanh in 1990 during a food hunting trip but he could not trace back to the exact location for 18 years. In 2009, he led two members of the British Cave Research Association (BCRA) and a team of professionals back for the first expedition, one year after he stumbled across the entrance again. 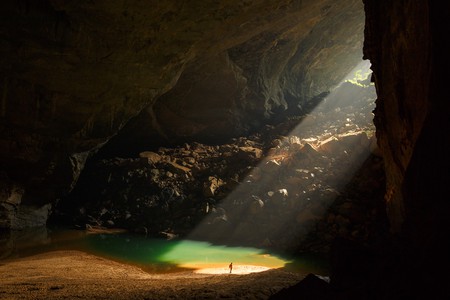 The Son Doong Expeditions are only available from February to August with two options of a six or seven-day tour. This spectacular site is perfect for hardy types who like to camp without too many comforts. No 3G, no Wi-fi, no Facebook, no email, no nothing. But the uninterrupted views and a team of 35 people including expert cave guides, porters, and a medic surely will give you a once-in-a-lifetime experience.