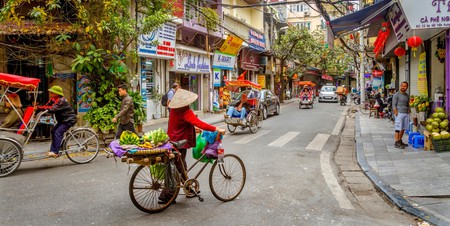 Hanoi is the culture capital of Vietnam, and a must-visit during your time here | © Thomas Levine Photography / Alamy Stock Photo

With natural beauty behind every bend, the cities in the north of Vietnam – with one notable exception – are more like gateways to the wilderness, as opposed to standalone urban centres. They all have their own charm, yet it’s what lies beyond that sets them apart. Let’s take a look.

As the seat of government and the cultural – and historical – capital of Vietnam, Hanoi hides remnants of the past down every boulevard and alleyway. This city is perhaps the largest and best-preserved piece of history Vietnam has to offer. Those visiting will most likely be centred around the winding narrow streets of the Old Quarter. It’s a district made of ancient shops and storefronts dating back just under 1,000 years.

Whole days can be spent exploring the streets of the city and effort should be made to visit as many treasures of the past as possible. These include Hoàn Kiếm Lake and its tortoise tower; Trấn Quốc Pagoda; the colonial-era Sofitel Metropole Hotel; the opera house; the Temple of Literature; and Ho Chi Minh Mausoleum. The city is renowned for water puppetry and a night should be spent on the banks of Hoàn Kiếm Lake at the Thang Long Water puppet theatre.

With Culture Trip, you can enjoy a walking tour and a street food tour of Hanoi as part of our immersive 12-day Vietnam adventure, led by our local insider. 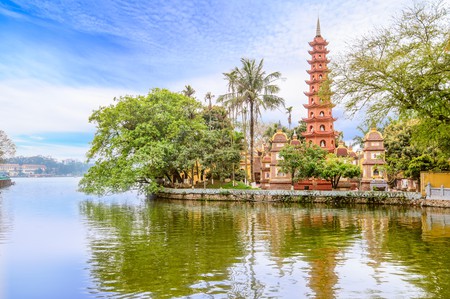 In the distant, mountainous northwest, Lào Cai sits on the intersection of the Hong (Red) and Nậm Thi Rivers, just across from the Chinese border. Those spending any time in the city will be based either around the banks of the Red River or by the backpacker-heavy neighbourhood near the train station.

A night here is typically spent exploring the bars and restaurants in the glow of neon lights reflecting on the river. Like many other Vietnamese cities, karaoke is wildly popular in Lào Cai and there are dozens of clubs running late into the night – located conveniently near the backpacker area.

The majority of travellers who find themselves in Lào Cai are stopping through on their way to see nature. The city is less than an hour away on a motorbike from the rice terraces of Sa Pa, the Tamtron Pass (Vietnam’s loftiest road), and the towering peak of Mount Fansipan, the tallest mountain in Vietnam. 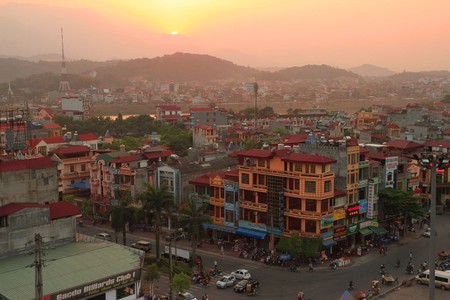 Near Lào Cai – yet wholly dominated by the tourist industry – the mountainous Sa Pa is a welcome option for those seeking Western comforts in the midst of their Vietnamese adventure. The city has a number of Western bars and restaurants and is a mainstay of the northern backpacker trail. Hundreds of affordable hostels, guesthouses and hotels line the winding streets. 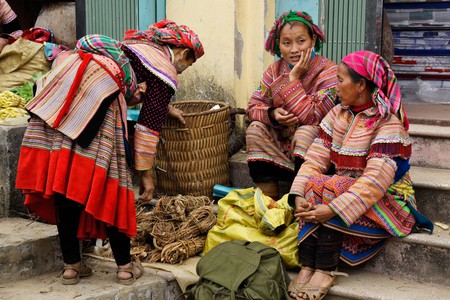 The city is also a jumping-off point for countless treks and hikes that traverse along peaked ridges through mountainside rice terraces and into minority villages. The region is home to a number of ethnic minorities – including the Hmong, Dao and Tày people – and the hillsides are dotted in the vibrant mix of their colourful clothing. 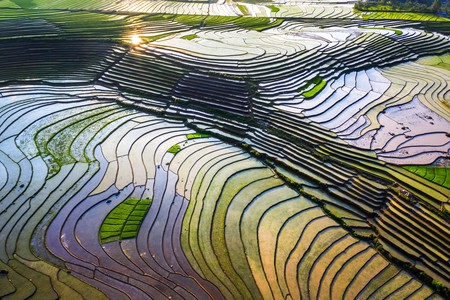 Cao Bằng is the capital of the identically named province, in the northeast of Vietnam. It’s a common stopping point for those riding east from Hà Giang or north from Hanoi. The city lies just off the banks of the Sông Bằng river and most of the shops, restaurants and bars are on the main streets nearby. A number of great food stalls line the back end of the city’s central market, Chợ Nhà Xanh. The sprawling, fun shopping centre is also a great stopover.

Most travelling to the region will use Cằo Bang to visit any number of nearby natural attractions. The stunning Bản Giốc Falls break through jungled walls, just two hours to the north and mythical Hà Giang lies several hours west. 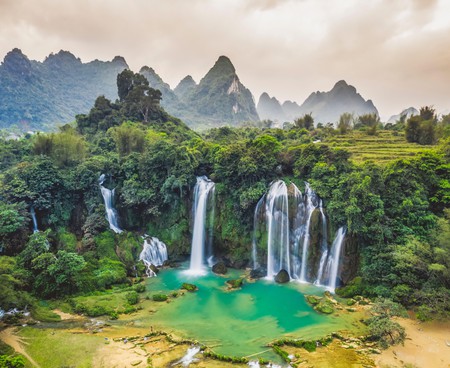 Hà Giang is the capital of what is arguably the most beautiful province in all of Vietnam. An area once left alone has since seen a recent steep spike in visitors. The city is bordered by picturesque limestone framing the horizon in all directions. A number of great hotels sit on either side of the Lô River. Seafood restaurants can be found nearby as well. For those looking to rent a motorbike to explore the nearby Dong Van Karst Plateau, Hà Giang is the place to do it. Most hostels and hotels will be able to set this up. 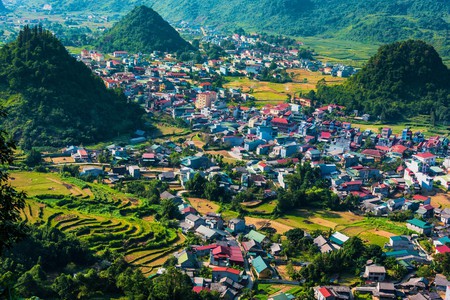