Things You Should Know About Vietnamese Culture 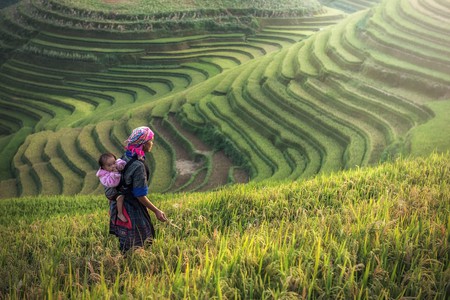 With a country rich in ancient customs and respectful culture, Vietnam is a must-visit if you're keen to learn more about history | © Sasin Tipchai / Alamy Stock Photo

The traditions of Vietnam date back thousands of years and are instilled with a respect for the land, sea and people. If you want to understand the nuances of this beautiful culture, these are the things you need to know.

Eyeing up a trip to Vietnam? You can visit in the company of a small group of culturally curious travellers and a Local Insider on Culture Trip’s immersive 12-day Vietnam adventure, which includes Hanoi, Lan Ha Bay and Hoi An.

Trust is a long process

This one infuriates business people all the time as they come to Vietnam with their own ideas about how things should operate. The business culture here isn’t that simple, though. It’s based on trust and reputation; legal documents are fine, but until your new partners know you as a person, there will always be suspicion. Trust takes years to build here and just seconds to destroy – so tread carefully.

Nobody wants to lose face

Vietnamese people care deeply about how they’re perceived by their friends, family and colleagues. Avoid doing anything that will embarrass or diminish a person in public. That could include arguing, ridiculing, confronting or even bartering too aggressively. This is also why you’ll rarely see violent outbursts in Vietnam. Everyone is non-confrontational, because aggression causes both parties to lose face. For the vast majority of minor infringements, a stern glance is enough. 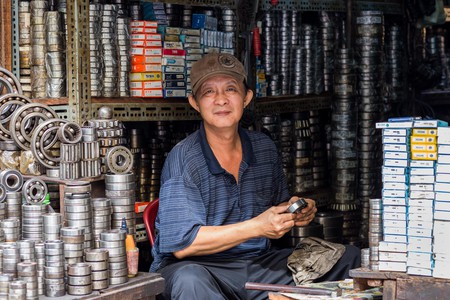 When you speak to students in Vietnam, it can be a bit disheartening to hear how restricted their lives can be – but this is the norm. The job market is competitive, so young people have to be at the top of their classes if they want to succeed. There are amazing opportunities in this booming economy – but only for those who put in the work. That means long school days, with tutors and extra classes at night – especially English, which is now a requirement for many students graduating from higher education. 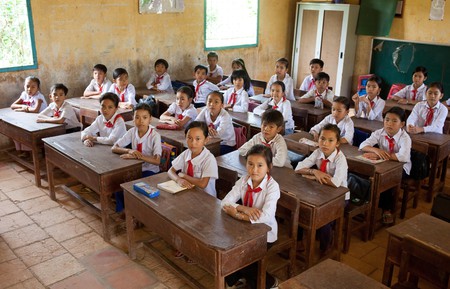 After name and nationality, age is one of the first questions you’ll be asked in Vietnam. Their society is built on Confucian beliefs, where experience and wisdom are highly respected. This means the older you are, the more respect you command. You shouldn’t swear or bring up inappropriate topics when you’re with older people, such as death or sex. At dinners, the eldest people are served first – and at home or work, their opinions carry more weight. 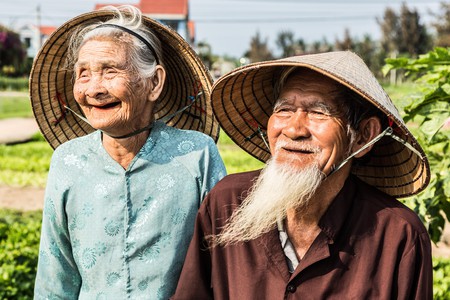 Their war history is sacrosanct

Some people have learned this the hard way: don’t speak ill of Vietnamese war heroes or make jokes about anything related to the war. Generally speaking, Vietnamese people have a great sense of humour, but they don’t joke about the war years. Those were difficult times for everyone in this country. As a foreigner, you need to be careful with this topic and be extremely mindful when speaking about their colonial past. 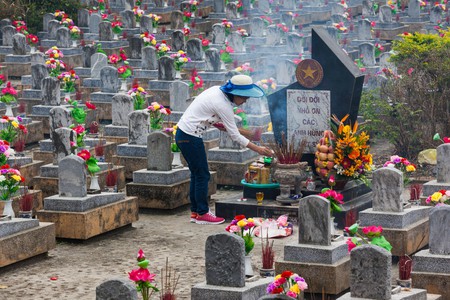 Shopping in Vietnam is often a battle of subtleties and strategy. Foreigners should expect an extra fee. In this case, your best weapons are your feet. Negotiate with the shopkeeper until they won’t move any more and then threaten to walk away. For most shops, a smaller profit margin beats getting nothing. 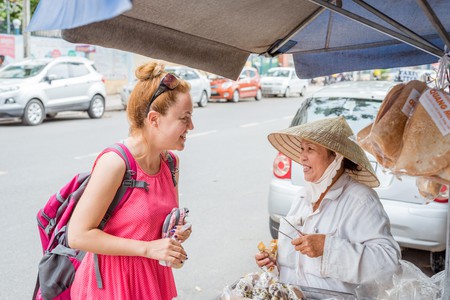 Many Vietnamese traditions and customs are based around their ancestral beliefs. One of the greatest fears in Vietnam is that the dead won’t find peace in the afterlife – that they’ll be left to wander as tortured spirits. Most people in Vietnam have a ghost story: from a butterfly landing on them during a funeral to strange voices at night. No matter your thoughts on the supernatural, don’t make light of ghosts or the deceased here.

There is so much opportunity in Vietnam these days. People are working hard to improve both themselves and the lives of their families with the belief that today’s long hours will pay off later. You won’t hear too many people grumbling about their hardships, so try not to complain about your own problems too much. As a foreigner who can afford international travel, you won’t find much sympathy. 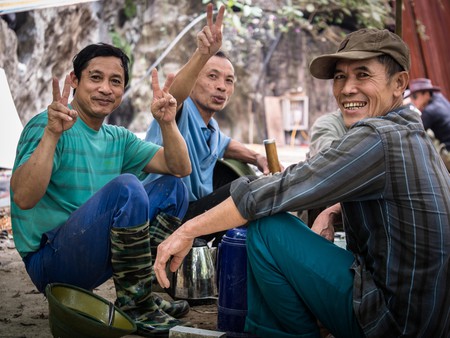 People work hard in Vietnam, so try not to grumble too much about the minor things | © TommoT / Alamy Stock Photo

There is no tipping culture

Tipping isn’t expected in Vietnam. If you feel the service has gone above and beyond, feel free to leave a little extra – but if you do, be discrete. Hide it under a plate or behind the bill. When you make an overt show of tipping, it could make a person feel like they’re losing face – like they’re begging. Some people will just flat out refuse a tip because they think you’ve made a mistake in counting your money.

Food is an important part of Vietnamese culture

Vietnam’s rivers, paddies, mountains and seas are deeply ingrained in the culture. Because of this, it’s rude to leave food uneaten, especially when you’re in someone’s home and they’ve cooked for you. It’s an insult to the land and the workers who made the meal possible. Try not to take more than you can eat and be sure to give out many compliments. 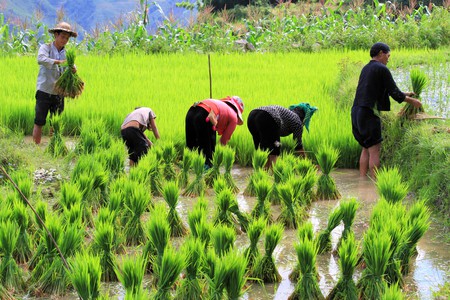 The process of bringing food to the table is respected here, so finish your meal | © Helene ROCHE Photography / Alamy Stock Photo

Vietnamese people talk about their societal problems all the time – be it pollution, traffic, corruption or academic cheating. But they’re less patient when it’s a foreigner doing the criticising. It comes off as arrogant, as though you’re saying why your country is better than theirs. When it’s understood like that, of course, it’s upsetting. If you make a joke about the crazy traffic, you’ll be fine – but don’t go on and on about it without also recognising there is so much to love about this amazing country. 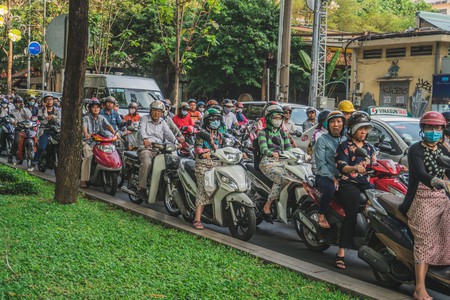 The traffic can be heavy in Vietnam, but it’s best not to complain too much | © art24pro / Alamy Stock Photo
Give us feedback