The 9 Best Eco-Friendly Hotels and Stays in Bangkok, Thailand 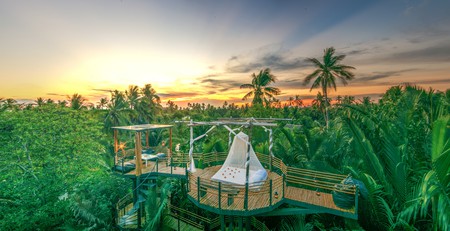 The trend of sustainability and eco-consciousness has started to shift from a passing craze to a full on movement. Travelers are increasingly after green-focused accommodations to ensure their personal commitments to living more sustainably are reflected by their travel choices. The hotel industry is taking note. Check out these top eco-friendly stays in Thailand’s capital city of Bangkok.

Constructed of eco-friendly materials and powered by natural energy sources, the property has integrated zero-waste goals into every aspect of its operation within the “Green Lung of Bangkok” — the city’s last natural frontier situated right in its center. Wall insulation is made out of upcycled juice cartons; reclaimed wood makes up the walkways; 100% of outdoor lights are powered by wind and solar energy; all kitchen waste is composted; amenities are all locally sourced; “air cleaning plants” are grown in guest rooms to purify the air. What’s more, the property sources all guest amenities from local, eco-friendly businesses and commits to the removal of one kilo (about two pounds) of trash from its Chao Phraya River per booking. 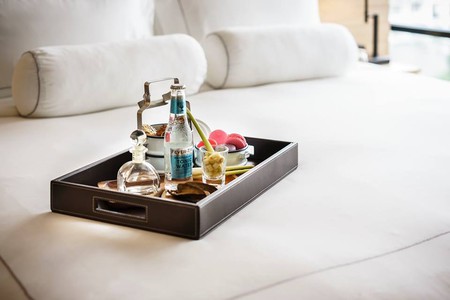 The TAS Sukhumvit is the first single-use plastic free hotel in all of Asia, integrating reusable products and a sustainability-driven mentality into its everyday guest operations. Guests receive branded stainless steel water bottles on arrival that can be filled throughout the hotel, and typical bathroom toiletries — a huge contributor to single-use plastic waste — are instead housed in celadon pottery containers, and are made of organic, essential oil-based products. All bin bags are biodegradable and reusable shopping totes are available for guests to take on their daily outings, encouraging a “refuse the plastic bag” mentality. The hotel has also eliminated all unnecessary plastic from its kitchen and dining facilities. 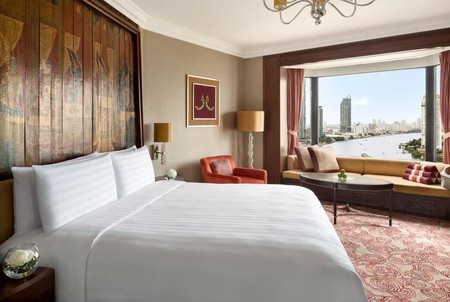 The riverside Shangri-La in Bangkok has long been applauded by the local community for its engagement in many corporate social responsibility projects, including those in the environmental conservation arena. A few years back, the luxury property translated talk of commitment into a long-term green strategy, however, investing more than THB13 million into the installation of solar panels across a 938-square-metre (10096-square-feet) space — the largest solar-powered system of its kind at the time in Thailand. The decision was spurred by research suggesting that heating systems are the most expensive and highest energy consuming processes for buildings, particularly in developing countries. The system enables the hotel to heat 25 million litres of water a year, sufficiently covering the demand of its 802 guestrooms. 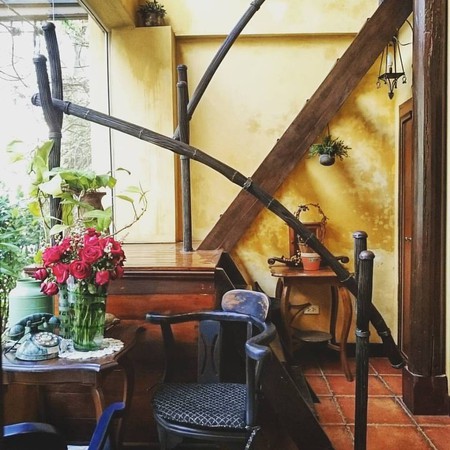 This family-run inn smack in the heart of Bangkok, formerly called the Old Bangkok Inn, operates out of a culturally-rich area once home to Siam’s noble elite. The rooms and overall design evoke an antiquated charm, but pulled into a 21st-century ideal of sustainability and conservation. The refurbished property uses exclusively energy-efficient appliances and lighting, a solar water heater system, operates a robust recycling program, touts a daylight-maximizing design, and incorporates furniture and fixtures salvaged from old teak wood. 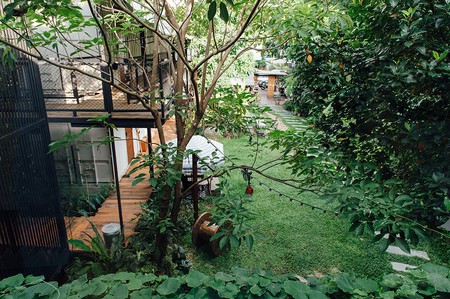 Constructed out of old shipping containers and other reused materials, this eco-friendly hostel has a green mentality woven into its very core. Located in up-and-coming Ari, it’s a great spot to unwind on the outskirts of the big city while enjoying close proximity to the BTS line for ultimate accessibility. Aside from its actual upcycled construction, The Yard provides glass bottles to its guests to refill throughout their stay to reduce single-use plastic, and incorporates water-saving and energy-efficient appliances across the property. 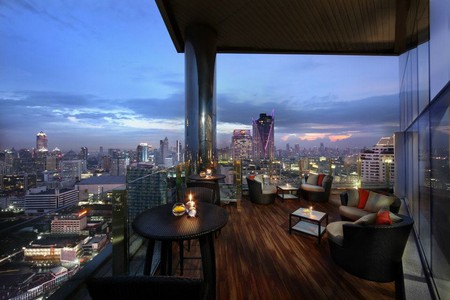 A stunning, five-star property in Bangkok’s energetic Pratunam quarter, the Amari has long been a traveler’s choice for high-end luxury done sustainably. Eco-consciousness at the Amari starts with its staff, who are regularly trained to promote awareness of energy-saving strategies and environmental responsibility. Within its community, the Amari organizes village cleaning days and other activities to encourage environmental awareness, and works nearly exclusively with local suppliers to reduce their carbon footprint from transportation requirements. Even its cleaning products are entirely eco-friendly and made of biodegradable ingredients, water and energy efficiency is prioritized across its utilities, and all food waste is donated. 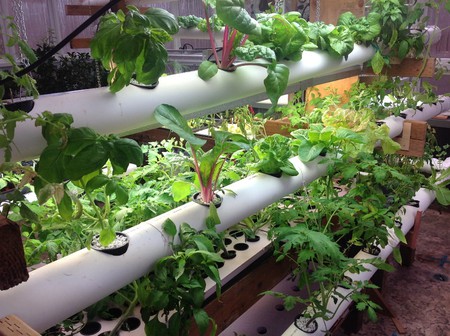 Anatara Riverside Bangkok Resort has been able to successfully grow a huge variety of produce for its kitchen right on its roof. | © Oregon State University / WikiCommons

This beautiful property located along the banks of the Chao Phraya River teamed up with Bangsai Agricultural Centre to develop an incredible rooftop farm made of several greenhouse structures, equipped with hydroponic gutter systems. After years of research and testing, the locally owned Bangsai successfully developed specialized methods and equipment that enables businesses like Anantara to grow its own produce year-round in the sweltering Bangkok heat. Today, Anantara’s chefs source between 12 and 50 kilograms (26 and 110 pounds) of each product every day — from salad greens to zucchini, and even melons. 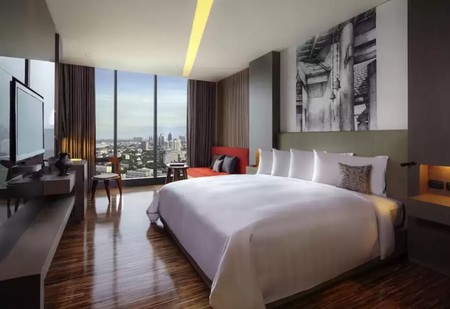 SO Sofitel Bangkok | Courtesy of SO Sofitel Bangkok / Hotels.com
Firmly among Bangkok’s hotel elite, SO Sofitel has natural facets interwoven into its very philosophy. The hotel’s creators based its interior on their own interpretations of water, earth, wood, metal, and fire, with elements of feng shui driving an urban setting tied to a love of nature. Since 2014, SO Sofitel applied this ethos in its kitchen as well. According to the UN Food and Agriculture Organization (FAO,) a staggering 33% of the food produced in the world gets lost or wasted every year. As part of Sofitel’s sustainable development strategy, the hotel implemented a program designed by a local environmental consulting firm to slash waste from its kitchen, using a smart tech system called Winnow. After just one year of use, the hotel reduced its food waste from more than 13,000 kilograms per month to less than 4,000 kilograms (28,660 pounds to 8,818 pounds).
Everything you need to know 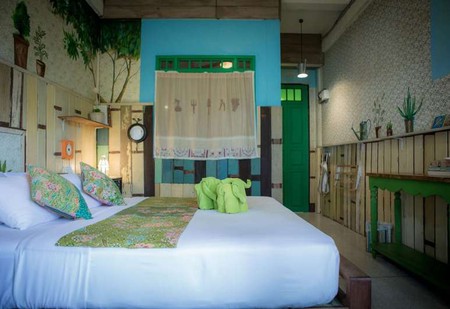 Phranakorn Nornlen | Courtesy of Phranakorn Nornlen / Hotels.com
This quaint boutique hotel offers a range of small, uniquely styled rooms, with its ethos centered around the strength of its local community and a self-sustainable mindset. Nearly all of the hotel’s products are sourced from local vendors or markets, and it chooses its suppliers based on ethical treatment of the environment and animals. It boasts its own organic rooftop garden that supplies the kitchen’s herbs, and also acts as a community workshop space for groups studying successful ways to sustainably farm in urban environments. More recently, Phranakorn Nornlen also built its own in-house laboratory to create its own eco-based products like soap, shampoo, mosquito repellant, and cleaning supplies, and even started a small shop to support local artisans.
Everything you need to know
Give us feedback