The 10 Best Things to See and Do in Danshui, Taiwan 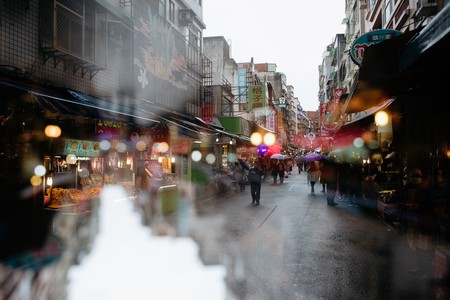 With so much to do and so many delicious foods to taste, it’s easy to see why Danshui is one of the most popular day trip destinations for residents of Taipei City. Located at the end of the No. 2 MRT line, the small fishing town of Danshui is the perfect place if you want to get out of the city for an afternoon. But what can you do there besides hanging around the MRT station?

Take a walk down Old Street

Danshui’s Old Street is a hive of activity especially at the weekend. Here you can find a lot of locally made handicrafts and plenty of souvenirs. There are clothes shops, gift stores, and tons of street vendors all plying their wares on this narrow pedestrian street. But best of all are the food stalls where you can sample some of Taipei’s famous street foods. 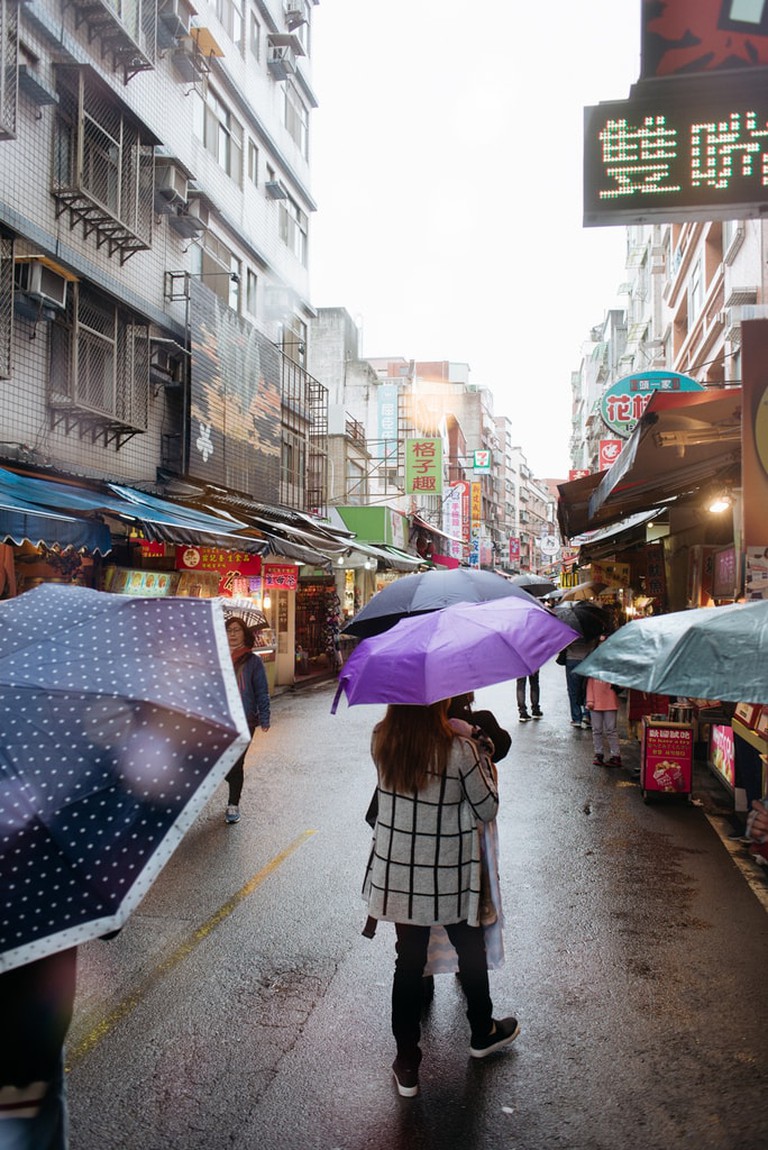 Head for the riverside

If you fancy having a go at some traditional Taiwanese market games then head for the riverside promenade where you can pop balloons and play marble games to win prizes. If that’s not your thing then you can sit down for a meal at one of the many seafood restaurants, some of which have balconies that offer views of the bay. 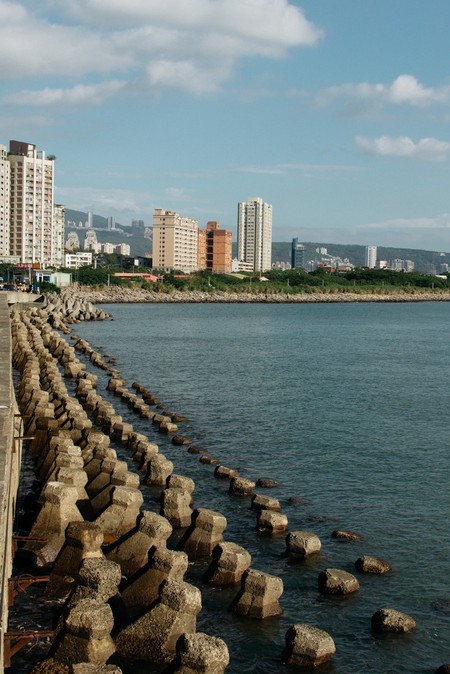 Go for a cruise

There are a few ferry boats that operate between several locations around Danshui and Bali, which is located on the other side of the river. They are a cheap and fun way to get out onto the water but be warned, the boats are small and if the weather is windy you can feel every single wave. 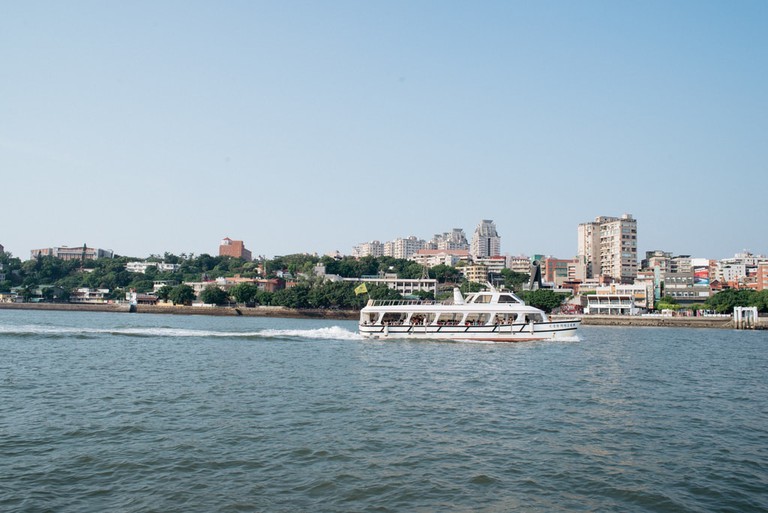 This is a popular Valentine’s Day date spot for locals. In 2003 the local government built a bridge which they rather cleverly named Lover’s Bridge making it an immediate hit with young lovebirds. It’s a nice area that has undergone quite a bit of redevelopment with plenty of restaurants and shops located nearby. 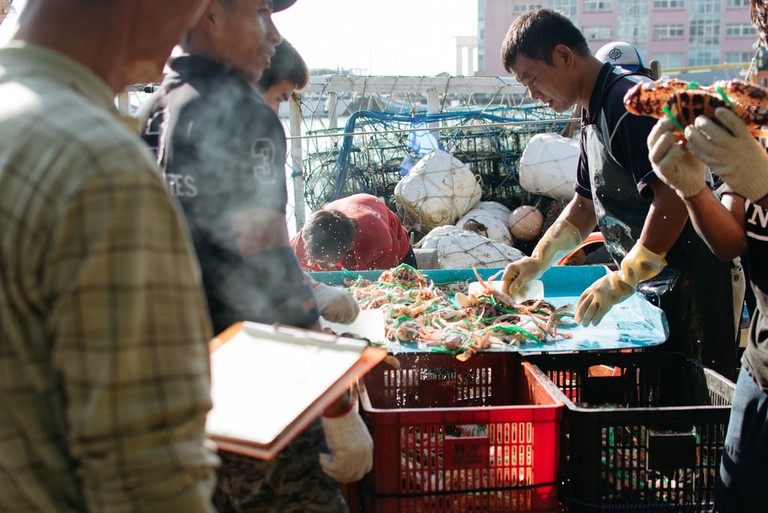 Check out the old Customs Wharf

As one of the most important ports on the island during the 1800s, Danshui had its fair share of imported goods arrive at its mooring posts. However, the dedicated Customs Wharf became derelict as trade moved to other ports. So the government refurbished the buildings to now hold cultural exhibitions and of course house a little history about the wharf itself. 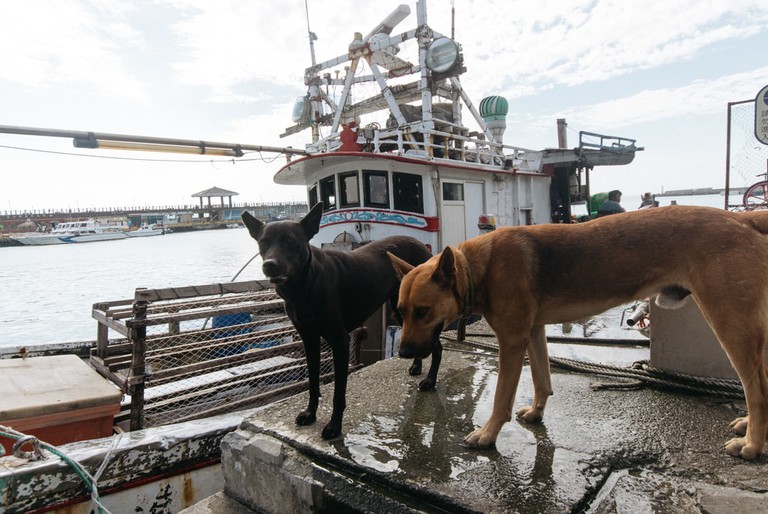 Check out some stone lions

Douglas Lapraik & Co. Warehouses were once busy storage facilities for a Scottish trading company. These days it’s a museum of sorts that is home to a large number of stone lions. It’s a rather odd find that you won’t see in too many guide books.

Step back in time at Fort San Domingo

A real piece of local history, the fort was originally built by the Spaniards back in 1628. It has since gone through a lot of changes at the hands of several nations’ governments. Next to the fort you’ll also see the former British Consular Residence which now houses a museum. It’s an interesting place to learn a little about Taiwan’s history. 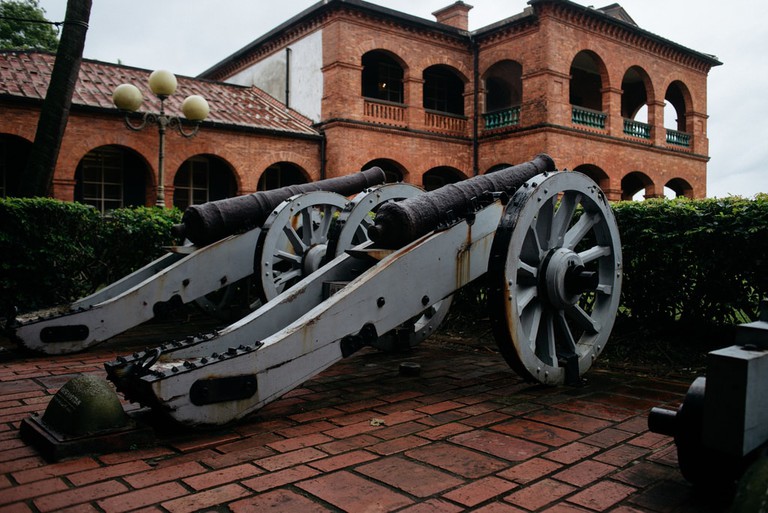 A Canadian Presbyterian missionary who came to Danshui in 1872, Mackay is responsible for many of the historical buildings still standing today. There’s a statue of him at the riverbank and in the Old Street showing just how an important and well-respected figure he was. He founded the Danshui Church and Huwei Mackay Hospital, which now houses a museum. 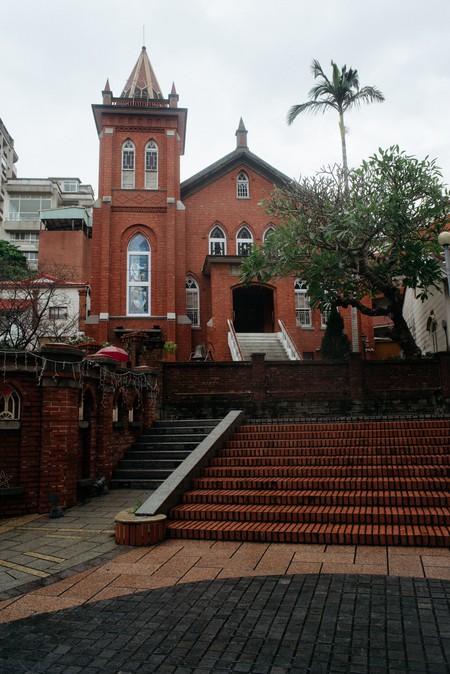 Yes, there is another fort out in Danshui. Hobe Fort was built in 1886 yet thankfully was never used in any wars. Complete with a network of secret tunnels, the fort is in perfect condition to this day.

But perhaps the most enjoyable thing to do in this small fishing town is to sit back on the riverside and enjoy the stunning sunset.