Top Things To Do And See In Pettah, Colombo 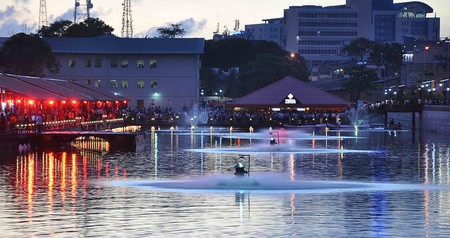 Colombo’s multi-ethnic Pettah district, with its chaotic markets and crowded streets, may at times seem overwhelming, however, it provides a unique an undiluted insight into the cultural diversity of the developing city. From floating markets to rooftop bars and religious buildings, check out our list of Pettah’s wonders. 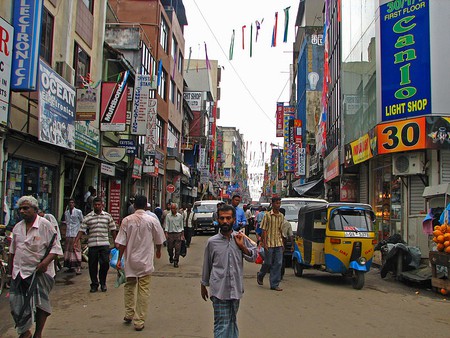 Wander through the streets of one of Colombo’s busiest places, the Pettah market, a mix of market vendors selling anything from fresh vegetables, meats and seafood to jewelry, clothing and electronic goods. The numerous streets are dedicated to different trades, with one of the most notable being sea street at the end of the open market, specialized in the trading of gold and jewels and mostly administered by migrant Tamil people. With the multitude of labyrinthine side lanes it is hard to take in every angle of Pettah market. The dynamic set-up is a living organism, expanding and adapting to supply and demand. It offers a truly authentic insight into the lifestyle and habits of the local population, and while many tourists frequent it, it is mainly visited by locals. Whether you are looking for a bargain or not, Pettah Market is well worth a trip, albeit its crowded streets, foreign smells and noisy vendors can be a bit overwhelming. Make sure to compare prices and be prepared to haggle before you decide on a purchase.

The Wolvendaal Church is one of Sri Lanka’s best preserved buildings from the Dutch colonial era, as well as being the oldest Protestant church in existence. Completed in 1757, it continues to serve its original purpose and services in both Tamil and English are held every Sunday. Its name, meaning ‘Dale of Wolves, derived from the jackals which roamed the untouched marshlands when the church was first constructed, which colonists mistook for wolves. Wolvendaal represents the Doric style of previous times, set up in the shape of a Greek cross and decorated with mural tablets on the outer walls. The tombstones of numerous important personalities can be found in its graveyard including that of the last Governor, Joha Gerard van Angelbeek. In 2005, under the leadership of the Dutch Reformed Church, the Wolvendaal Foundation was established in order to foster friendly ties in the multi-ethnic and multi-religious population of Sri Lanka. 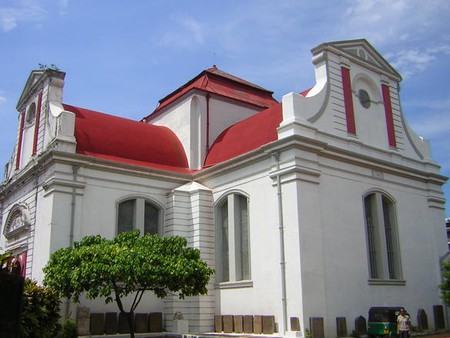 The Jami Ul-Alfar Mosque can hardly be missed with its unique red and white brickwork – it was claimed to even be recognizable by sailors approaching Colombo’s harbor. The Mosque was constructed in 1909 by the Muslim Community in Pettah, in order to establish a place in which to complete their obligatory five prayers a day. Sri Lanka has been home to a large Muslim population, accounting for 8% of the total inhabitants, for more than a thousand years, the first arriving as traders of spices and other goods. A large majority continues to live in the Pettah district. Should you wish to pay the stunning building a visit, remember to dress conservatively and behave respectfully in order not to disturb others. 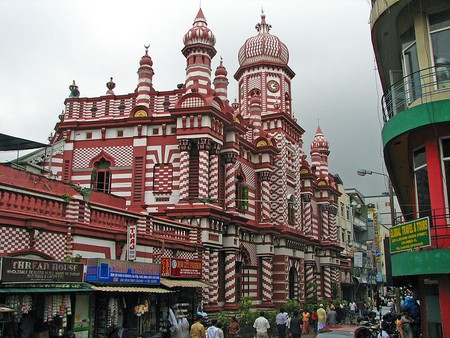 The Khan Clock Tower received its name from the Kan Family of Bombay, which was responsible for its construction in the early 20th century. The family owned many of the city’s most significant businesses such as the famous Colombo Oil Mills. Bhikhajee and Munchershaw Framjee Khan erected the tower in order to honor their father Framjee Bhikhajee Khan. Marking the entrance to the bustling Pettah Market, the tower is a widely recognized landmark, and it originally functioned as a water fountain which is no longer present. Commemorating the 45th anniversary of the beloved Framjee, the tower stands to this day as a symbol of the country’s diverse and multi-cultural history. 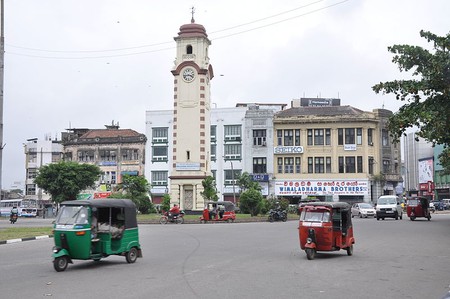 Colombo’s multi-cultural Pettah area is not only a good place to mingle with the locals or purchase the odd trinket, but it’s also one of the best places to get a taste of authentic Sri Lankan cuisine. Its streets are filled with street food stalls and rustic restaurants serving up spicy dishes bursting with flavor. Why not try one of the favorite local fruits, the wood apple, in the market area? You could also wander over to the train station where you can try some vegetable and meat samosas. From kottu rotti to string hoppers and curries you are unlikely to find a more authentic setting and tastes in the city. In case you desire a less rustic setting or need the level of spiciness to adapt to your taste, the Floating Market is located just around the corner, home to numerous modern restaurants with excellent service. 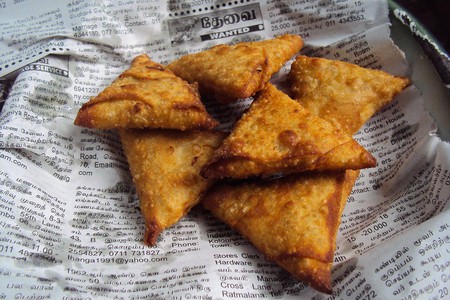 The Dutch Period Museum pays tribute to the times of colonial domination by Dutch rulers. The 17th-century building was originally constructed as the official residence of Thomas Van Rhee, The Dutch Governor of Sri Lanka from 1692- 1697. It was later used for different functions, serving as an army hospital, a police training center and a post office. In 1977 it was finally reopened as the Dutch Museum by the government of the Netherlands. Visitors can access the courtyard and take a closer look at antique Dutch furniture and artifacts including coins, weaponry and household items. The museum remains a symbol of Sri Lanka’s colonial history and reflects the lives of the former occupiers. Located between Pettah’s main bus and train station, the Floating Market was first opened to the public in 2014 on the scenic Beira Lake. Featuring more than 90 stalls including shops and restaurants, it is not only the goods on offer that attract visitors but also the beautiful setting. Designed by Thushari Kariyawasam, the minimalist décor consist of simple cement floors and warm wooden planks that span the tranquil waters, occasionally interrupted by grass patches and benches. The market was partly constructed to provide a space for Pettah’s numerous vendors who were crowding the streets. The series of pavilions sell electronics, clothes and jewelry, and make for a more relaxed shopping experience. The spacious Testa Bake House on the west end provides a marvelous space in which to enjoy short-eats, ice cream or a cup of coffee. Additionally, there are numerous food stalls spread around the area frying up juicy burgers, spicy kottu rottis or warm samosas.

Enjoy the sunset at ON14

After exploring all the sights and wandering the streets of Pettah, there’s hardly a better way to end the day than watching the sun set from the elegant ON14, located in one of the city’s most prestigious hotels, the OZO Hotel. Comfortable lounge chairs are spread around the atmospheric rooftop bar, which features a dazzling infinity pool and overlooks the newly constructed harbor. The excellent staff provides some of the best service in Colombo. The bartenders mix up creative cocktails such as the Pearl Of Sri Lanka or the Tuk-Tuk. The drinks menu features numerous national and international wines and beers alongside quality spirits and premium champagnes. They also serve delicious nibbles created by none other than Swiss chef Stefan Beutler. Sip on one of the flamboyant cocktails and watch the sun disappear behind the blue waters of the Indian Ocean. 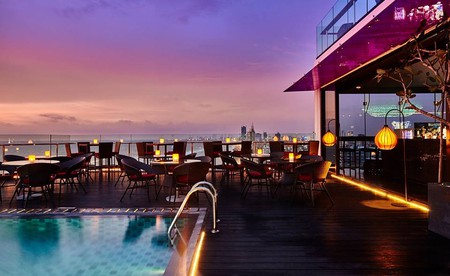 ON14 | © Courtesy of OZO Hotels
Give us feedback