Sri Lanka, the ‘pearl of the Indian Ocean’, has a distinctive art scene and bustling cultural life. The capital Colombo is home to the annual Colombo Art Biennale and the Kala Pola festival, making it one of the liveliest cultural destinations in South East Asia. Here are the ten best places to discover Sri Lanka’s growing contemporary art scene, from Colombo to Galle and beyond.

The Barefoot Gallery has existed under several guises, known as the Colombo Gallery from 1967 to 1972, then reopening in 1991 as Gallery 706 Colombo, and finally adopting its current name in 1999. It is now one of the most dynamic galleries in Sri Lanka, and home to art exhibitions featuring local and international artists, installations, concerts, poetry readings, performances and film nights. With its ever-changing roster of exhibitions, it has remained an influential member of the city’s art scene and continues to champion the avant-garde and cultivate the city’s artistic talent. The space also includes a bookshop, boutique and café – the meeting place for Colombo’s hip, creative types.

Art Gallery
Facebook
Email
Twitter
Pinterest
Copy link
Share
Map View
The Sapumal Foundation, situated in the elegant district of Cinnamon Gardens, is an art gallery with a remarkable heritage. It was founded in 1974 by the late Harry Pieris, one of the core members of the acclaimed 43 Group, and is located in what used to be his home. The core collection is made up of over 200 works that trace the country’s artistic development from the 1920s up until the present day. The collection features the best examples of work created by the founding members of the 43 Group, including those of Harry Pieris, Richard Gabriel, Ivan Peries and Justin Daraniyagala, as well as many other notable Sri Lankan artists. Remarkably, Harry Pieris’s studio and living spaces have been left untouched, and the walls are filled with artworks.
Open In Google Maps
4, 32 Barnes Place, Cinnamon Gardens Colombo, Western Province, 700, Sri Lanka
+94112695731
Give us feedback

Located in Sri Jayawardena Pura Kotte, a suburb that is often called the new capital of Sri Lanka, the Red Dot Gallery displays the most experimental and innovative art in the country. Opened in 2007, the gallery is run by the Theertha International Artists Collective, an independent non-profit organisation that facilitates the innovation, exchange and dialogue of the local arts community. To that end, the gallery focuses on contemporary artists working in the post-1990s Trend arena. Sheltered within the Theertha office, Red Dot hosts a solid variety of group and solo exhibitions, as well as an ambitious international residency programme.

Located in the suburb of Nugegoda, in a striking colonial manor house known as a ‘Walauwa’, you will find one of Sri Lanka’s most impressive and exciting art spaces. Since its opening in 2009 by artists Sudath Abeysekara and Achala Gunawardene, Art Way Gallery has worked to showcase the diversity of Sri Lankan contemporary and traditional art, from abstract art and installations to still life, portraits, sculpture, and everything in between. Locally, the gallery provides workshops and classes at its in-house institute, training budding artists of all ages. Internationally, it has promoted Sri Lankan art by organising exhibitions and workshops in institutions across the world.

This commercial operation has two galleries, one at Barnes Place in Colombo and another in Galle Fort. Since its launch in 2010, Hempel has played an active part in the development of Sri Lankan arts, both at home and abroad, through its presence at international festivals and through founder Annoushka Hempel’s organisational role at the Colombo Art Biennale. The galleries host the work of the nation’s most prominent artists, as well as undiscovered talent, representing artists such as Anoli Perera, Pradeep Chandrasiri and Cora De Lang. The main space at Barnes Place hosts regular exhibitions, whereas the Galle Fort apartment is a small but welcoming affair. 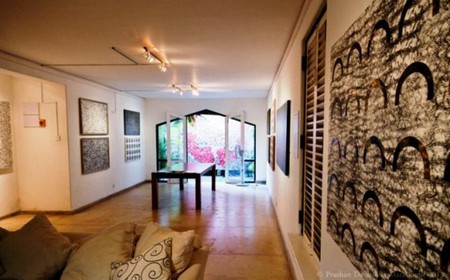 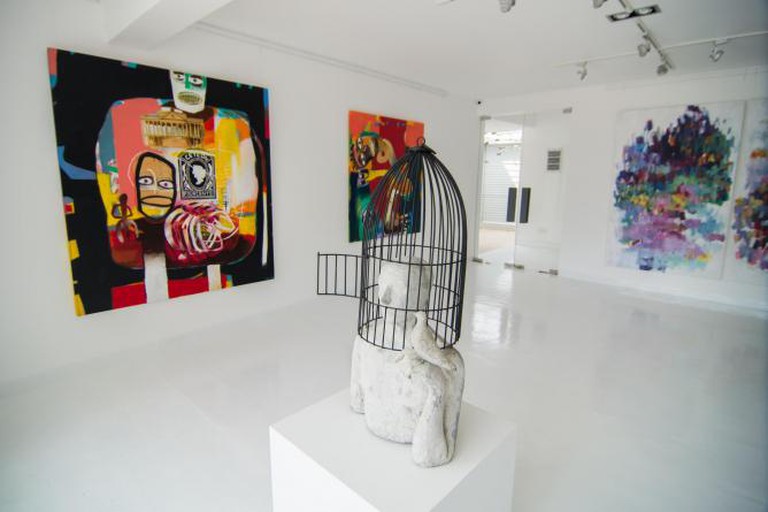 © Saskia Fernando Gallery
Saskia Fernando Gallery has been on the scene since 2009 and remains at the forefront of the contemporary new wave. This sleek gallery, which recently moved to new premises at Horton Place, showcases the work of emerging and established Sri Lankan artists, such as Yohan Medhanka, Anoma Wijewardene and Chammika Jayawardena, and exhibits installations, sculptures and paintings. This new space also hosts PR, Colombo’s first fashion concept store, owned by Annika Fernando, which specialises in clothes and accessories with a strong design sensibility. Saskia Fernando Gallery also has an exhibition space in Galle.
Open In Google Maps
41 Horton Place, Cinnamon Gardens Colombo, Western Province, 700, Sri Lanka
+94117429010
Visit Website
Give us feedback

The Paradise Road Gallery Café, opened in 1998 in the former office of renowned architect Geoffrey Bawa, is one of Colombo’s best eateries, and part of Sri Lanka’s premier lifestyle empire. Run by famous hotelier and design icon Shanth Fernando, father of the aforementioned Saskia Fernando, the al fresco restaurant is also one of the city’s most important art spaces. Art works are beautifully exhibited along the entrance hall and courtyard, and are personally curated by Shanth, who is a known supporter of the local contemporary arts scene. This means that both the art on the walls and the food on the tables has been selected and prepared with an extraordinary attention to detail, making this establishment well worth a visit.

Theatre
Facebook
Email
Twitter
Pinterest
Copy link
Share
Map View
This eponymous art complex was opened in 1953, in memory of Lionel Wendt, a member of the 43 Group and one of Sri Lanka’s greatest photographers. It is dedicated to exhibiting art and photography, as well as hosting dance, theatre and music performances. To this day, it remains one of Colombo’s major art centres, with two gallery spaces and a theatre with 600 seats; English-language productions and large musicals are often held here thanks to these facilities. Similarly, the gallery has hosted some of Sri Lanka’s most significant exhibitions, and continues to support the spirit of artistic excellence that Wendt and his contemporaries sought to embrace and embody.
Open In Google Maps
Premasiri Khemadasa Mawatha, Cinnamon Gardens Colombo, Western Province, 700, Sri Lanka
+94112695794
Visit Website
Give us feedback

The city is known for its huge annual, open-air art fair, Kala Pola, which offers an explosion of colour and creativity in the heart of the city every January. But for the rest of the year, there is a small, informal kala pola, or art market, held every day at the Viharamahadevi public park, along the Green Path, opposite the National Art Gallery. At this market, you will find artists – mainly local art students – displaying their wares on the park’s green railings, and selling them at affordable prices. Though the standard of work may not yet be gallery-level, this is certainly a pleasant and accessible place to view the vibrant art of the city, and perhaps pick up a piece from an artist before they hit the big time. Viharamahadevi Park, Colombo, Sri Lanka, +94 (0)11 2 426900 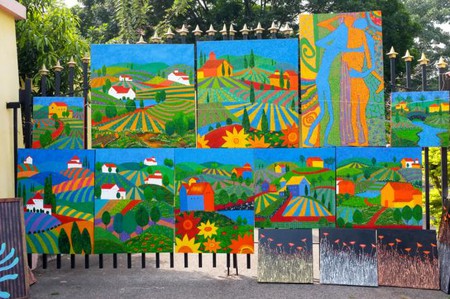 Art Gallery
Facebook
Email
Twitter
Pinterest
Copy link
Share
Map View
The JDA Perera Gallery is nestled in Colombo’s University of the Visual and Performing Arts and borrows much of its energy from the university’s vibrant student life; this impressive gallery has been designed to conform to international gallery standards, with four floors of space, and is the first of its kind in the country. Named after an internationally renowned artist who pioneered the study of arts in Sri Lanka, the gallery holds local and international exhibitions to help nurture the appreciation and development of the arts and culture in the country. With exhibitions from students and lecturers, this venue breathes the budding creativity of Sri Lanka’s next generation of artists.
Open In Google Maps
46 Horton Place, Cinnamon Gardens Colombo, Western Province, 700, Sri Lanka
+94112693933
Give us feedback
Give us feedback